Tunes of the Times: Resolutions

A new year calls for experimental excitement. Change usually begins with good intentions but falls short of coming true. It can range from trying to not externalize your happiness to flossing every day. One may do their best to eat better, exercise more often, lose weight, read more, spend less money, not procrastinate or prioritize time. Some resolutions progress and others tend to fail miserably.

New Year’s resolutions tend to fall under three categories of too’s: too many, too vague, too impersonal. People start off with the best intentions only to realize that resisting temptation after temptation requires more willpower than anticipated.

The start of a new year gives people a chance to reflect on the past. It gives people a chance to visualize what they already have and to then come to terms with what will make an impactful difference, whether it be personal or not. However, changes may often revolve around the self-s: self-worth, self-esteem, self-actualization and self-determination, among others.

Michael Jackson’s Man in the Mirror, the fourth single from his seventh solo album, Bad, speaks about a man who decides to alter his ways before trying to change the world. He sings about how self-reflection can improve one’s morals.

“I’m starting with the man in the mirror / I’m asking him to change his ways / And no message could have been any clearer / If you want to make the world a better place take a look at yourself, and then make a change.”

This song identifies the inner-struggle that many people experience during the new year. Negative self-talk often times intercepts one’s idea and one’s drive to take action, creating the notion that there are start dates for change. We procrastinate our own success by making excuses and postponing what we could do any other day of the year. 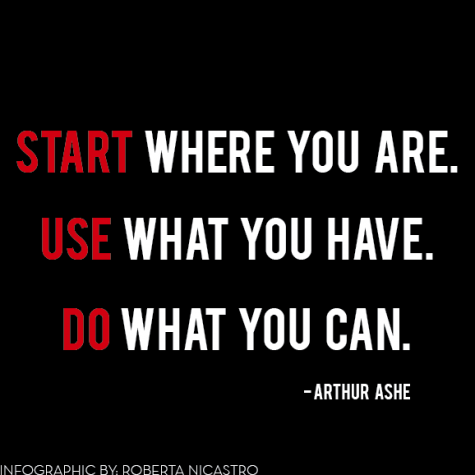 Change may also be synonymous to not sticking to the status quo. Take the initiative to be honest, not only with others but with yourself as well.

High School Musical set the idea that “if you wanna be cool / follow one simple rule / don’t mess with the flow no no / stick to the status quo.”

Follow Martha Cox, Zeke Baylor, the skater dude and Troy Bolton and reveal your true self. Make 2016 the year. Make 2016 your year.

As master Jedi Qui-Gon Jinn said in Star Wars: Episode I: The Phantom Menace, “Your focus determines your reality.” Everyday should be open for a resolution.

Do not wait for a new year to start or stop something. The impression that the only time to make a change is on New Years is seemingly one of the greatest, yet least recognized, forms of procrastination.

When making a change, dig deeper- intellectually and spiritually. Remember that tomorrow provides the same amount of room for change as January 1st does. Start the year off right. If you have not made a resolution yet, remember every day offers you a clean slate. Make 2016 the year you follow the annual march for change. 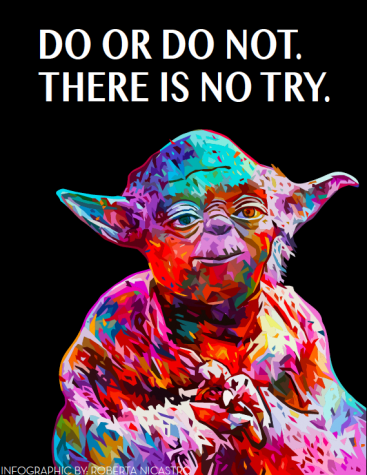