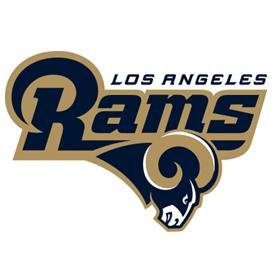 The NFL returns to the City of Angels

For the first time since 1994, the National Football League will have a franchise in Los Angeles. On Tuesday, January 12th, the St. Louis Rams officially became the Los Angeles Rams, after a 30-2 vote amongst NFL owners. Owner Stan Kroenke’s move will have the team play in City of Champions Stadium beginning in 2019 and return to the City of Angels next year, after 22 years in Missouri.

The new stadium, that went under construction in December, 2015 and will take approximately $2.66 billion to construct, will be part of the new Los Angeles Entertainment Center in Inglewood and will seat 70,000. During its construction, the Rams will play home games at the famed Los Angeles Memorial Coliseum, their home from 1946 to 1979.

Kroenke, who was born in the state of Missouri and attended the University of Missouri, cited poor economical resources and an aging stadium as primary reasons for the move.

The alleged reasons for the relocation have been debated and criticized by many, due to the fact that the NFL is the only major sporting league, in which all franchises make more money through national TV contracts than they do through local revenue.

“Even though Los Angeles has fair weather fans, the bottom line is LA is interested in the NFL right now and getting the interest of the second biggest market in the US is huge,” senior Nathan Wasserman said. “While ticket sales won’t increase that much, TV deals and merchandise sales will, which could in turn trickle down and reduce ticket prices elsewhere since the NFL shares revenue.”

As for the stadium, the city of St. Louis made multiple efforts to meet with Kroenke to discuss a new stadium and even proposed a riverside stadium that would be partly paid by the city, Kroenke and the NFL’s loan program. Although St. Louis made it clear that they wanted the Rams to stay for the foreseeable future, Kroenke saw Los Angeles for what it is; the second-largest market in the country and entertainment capital of the word.

Moreover, he saw the potential in having no conflicting fan base to compete with in the area, unlike the Lakers and Clippers, who share the Staples Center in downtown LA with the Sacramento Kings of the NHL. This move also makes sense due to the fact that there is still a preexisting contingent of Rams fans in LA due to their origins in LA. Although the move seems logistically viable for Kroenke at first, the NFL granted the San Diego Chargers an option to join them in LA and share the stadium in 2019, some things that works against Kroenke’s aspirations for domination of the city’s market.

Although it is unclear whether Chargers owner Dean Spanos pulls the trigger on a move to LA effective this year, his decision is essentially a matter of when.

While a move to Los Angeles is seen by many as the best decision for Kroenke’s Rams, the Chargers relocating is a much different situation. In San Diego, the Chargers have boasted one of the most passionate fanbases in football over the last 54 years. Moreover, the team does not have a valid connection to the people of LA.

The Chargers played in Los Angeles for one season, during their inaugural 1960 season and there is not a foundation of Chargers fans in the city like there is for the Rams, or even the Raiders, whose attempted relocation to Los Angeles was dismissed by the NFL last week. So, for Chargers fan, it seems as if they will lose their beloved team because of their aging stadium and this time the city seems torn, rather than fully supportive of a new stadium, as St. Louis was.

“San Diego is a great city and they have a strong fan base, so I think they should stay put,” junior Justin Brownstein said.

In a recent poll conducted by the San Diego Union-Tribune, 50% of the city’s population was against building and publicly funding a new $350 million stadium plan to keep the team. This poll may portray Chargers fans as uncaring of their departure, however having to pay for an NFL team’s stadium as a taxpayer is downright frustrating to many, given the fact that owner Dean Spanos, has a net worth of $1.69 billion.

NFL fans everywhere in times like this are reminded that the league is more than 60 minutes of football on Sundays; it is a business and treated as such by owners that, in many occasions, value profit and wealth more than anything else.

Unfortunately for fans in St. Louis and San Diego, this cruel reality determined their beloved franchises relocation to the City of Angels.