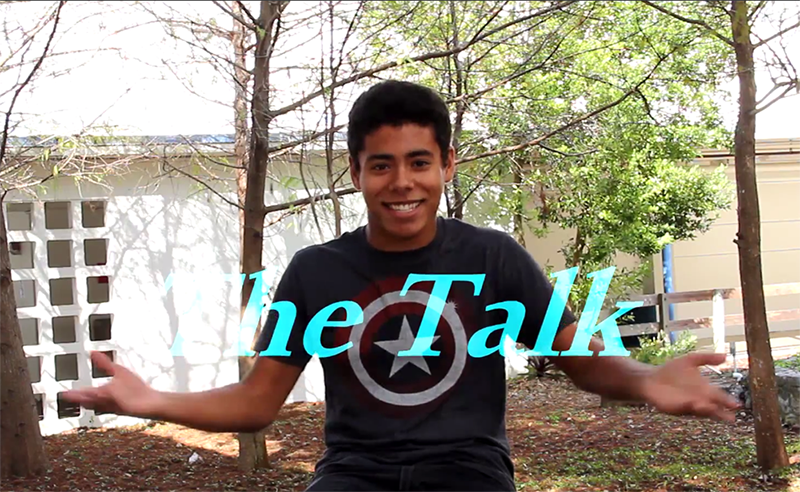 Myth: Sex — a satanic ritual that involves two people giving their soul to the devil in unison. In reality, sex is the very essence of our being. Without sex, procreation would be nearly impossible.

The preconceived notion that the subject of sex should be off limits has rang through since the story of Adam and Eve. Proverbs in the bible, such as First Corinthians 7:2, serves to solidify the importance of abstinence.

Most people receive “the talk” by the age of thirteen. This rite of passage into teenage years includes a great deal of awkwardness for not only the person receiving the talk, but also the one giving it. The unsettling topic stems from the lack of knowledge one has prior to receiving the sex talk. Suddenly, the concept of where babies come from alters from an idealistic view of a stork dropping a baby on a door step to two people having intercourse. “The birds and the bees” set a precedent of hush tones and inopportune conversations for the later years that one is faced with the subject of sex.

Our society primarily bases their attitude on heteronormativity and deems sex as vulgar, leaving people running from the topic. No matter how uncomfortable one may feel by talking about “it,” they still engaging in sexual activity. According to the Kinsey Institute,  92 percent of the women population engage in sexual activity by age 22-24, as do and 89 percent of males. However, people remain feeling ill at ease when faced with the topic of sex.

In all aspects, sex life holds subjectivity and varies from person to person. Some may begin to have sex in high school with their boyfriend, while others may wait for college, or even marriage. The personal nature of the topic illustrates why one may feel shy when speaking about it.

The problem of talking about sex being taboo lies among the critics who consider all those who do not fit into their ideal vision of sexuality as an abomination. Whether the critics perspective derives from religious affiliations or cultural standards, one may apply it to themselves, but should stray from judging others. The abundance of people waiting to present their critical attitude once someone speaks of their sexual desire leaves people hesitant to speak their mind.

The subject alters to an even more taboo subject depending on sexuality and gender. For most of the Lesbian Gay Bisexual and Transgender (LGBT) community, talking about sex among each other occurs more simply.  However, when encountered with heterosexuals, they may be resistant due to large gap in the desire for intimacy.

Females face a similar issue. The distorted view that women should remain innocent, submissive and free of sexual desires render their hesitation to reveal their true emotions. In essence, people are driven to conform to society.

If the subject of sex was not coupled with the fear of being judged, society could eliminate a multitude of issues that come with sexual activities. Keeping oneself from talking about sex, limits their education on the subject and can force them to experiment in an attempt to educate themselves.

Although private, informing the youth about sex in a nonjudgmental attitude outweighs the prospective awkwardness.