Hear Them Roar: What the March for Our Lives Protesters Have to Say

Over a month after a shooting at Marjory Stoneman Douglas High School in Parkland, Florida left 17 dead, student activists helped coordinate March for Our Lives events across the US and the world on Saturday, March 24. With the help of groups like Everytown for Gun Safety, MSD students have organized marches in many major cities to protest gun violence.

While the event in Washington, D.C. took center stage as the national march, local activists expressed themselves at events in Miami and Parkland as well. The Panther spoke to activists from all of these three marches. Here is what they had to say: 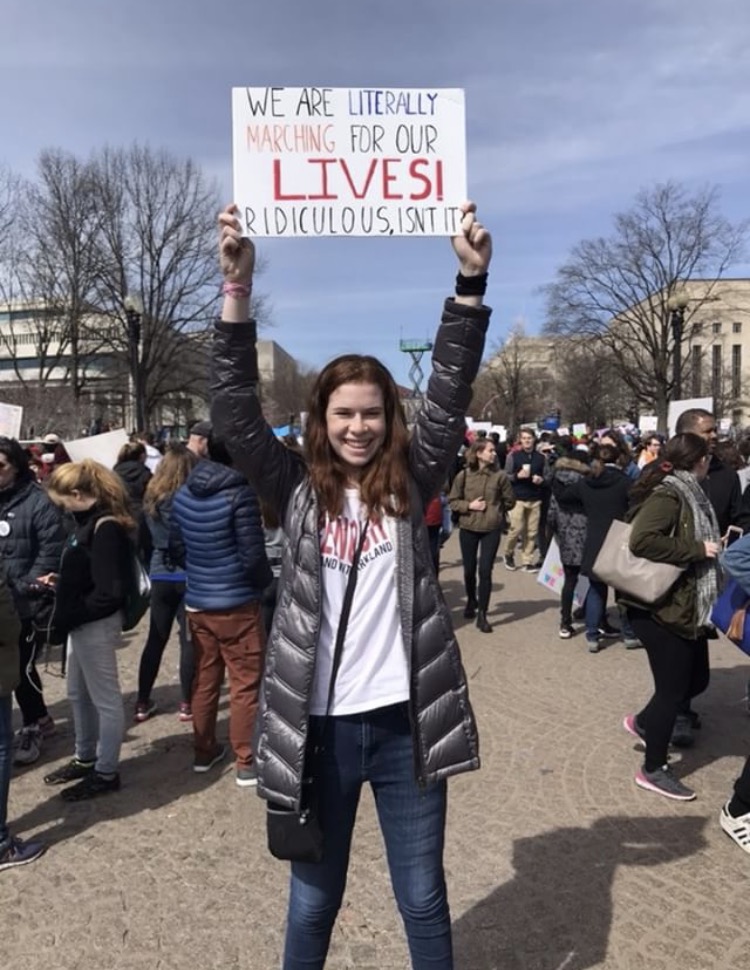 “I march because our lives are at stake, but our politicians don’t care. I march for the people that can’t march anymore, because they were senselessly murdered by civilians with weapons of war. I march because enough is enough, and because my friends, family or myself could easily be next.” 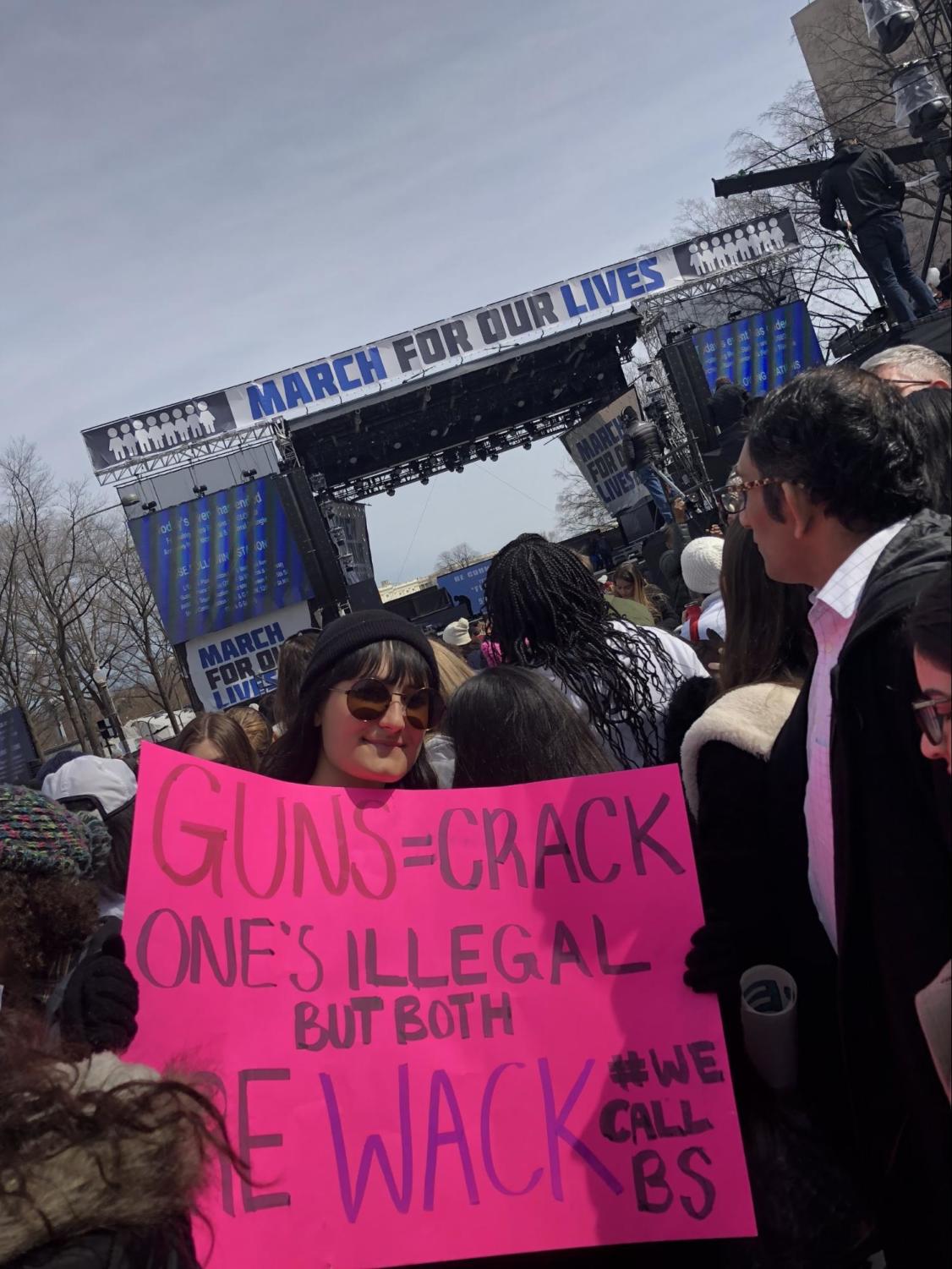 “I march for my mother and myself and other women and children who have suffered years in fear because of domestic abuse and the fact that their abusers have been able to own guns, creating an even worse situation for them. No one should live in fear.” 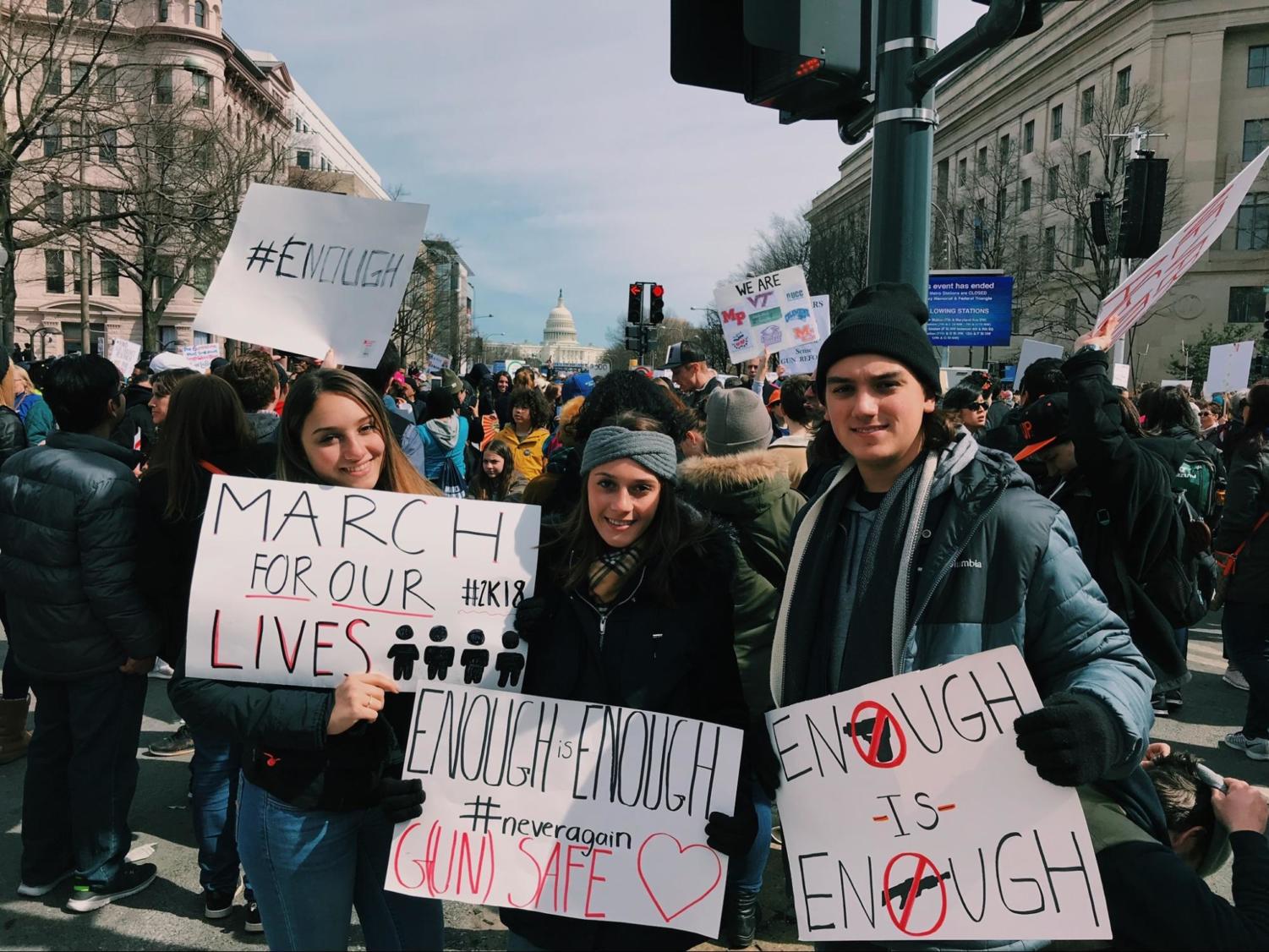 “I march for all of the lives cut short due to gun violence and to inspire action in all who believe we shouldn’t live in fear.” 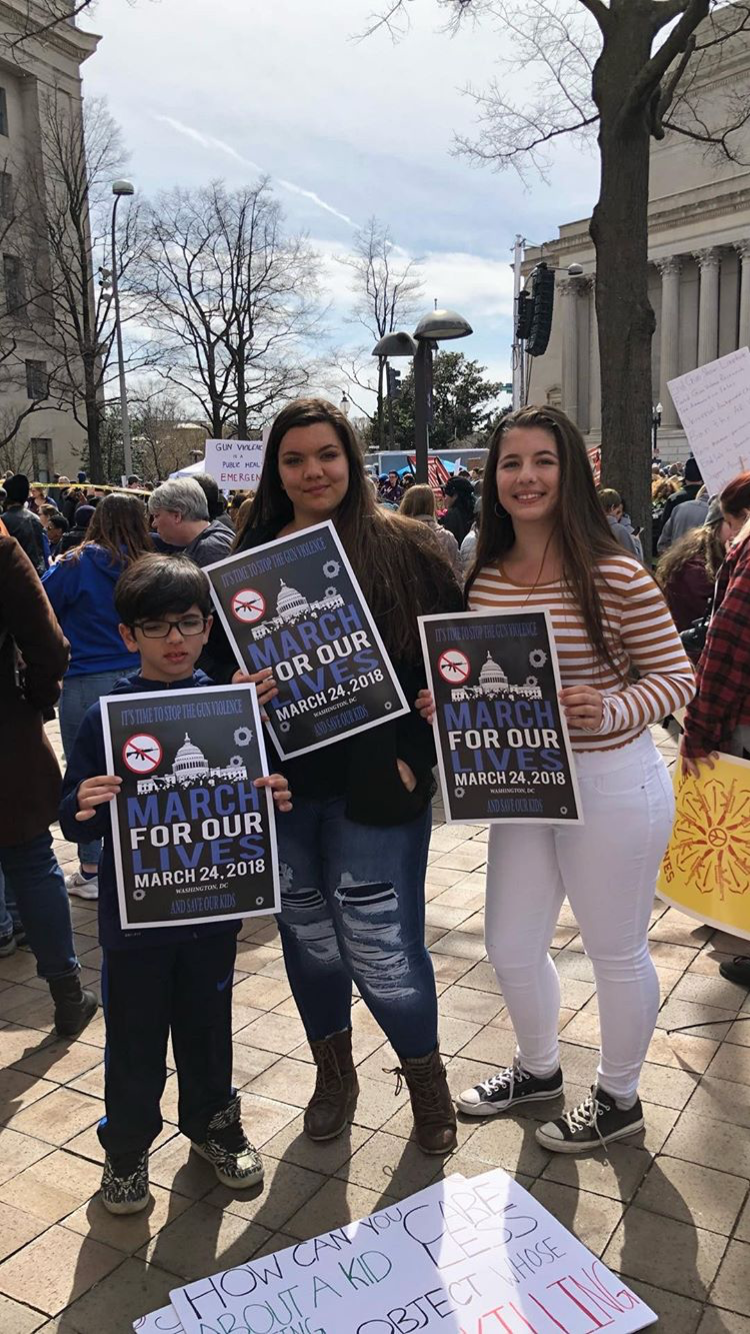 “Because enough is enough, and common sense laws and regulations shouldn’t be too much to ask for when it’s saving lives.” 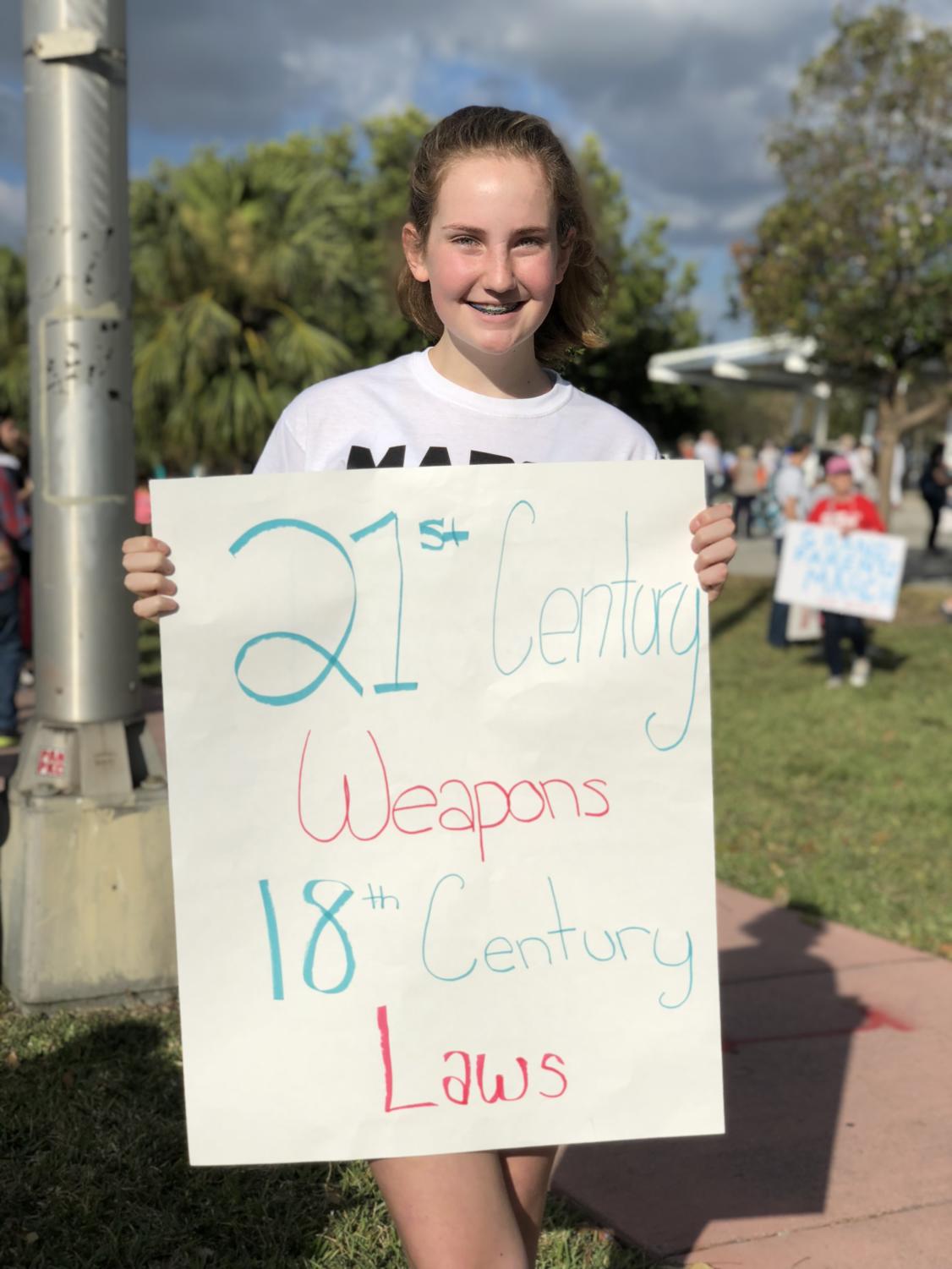 “I’m here because I feel that student lives are worth more than guns and violence and that every child needs to feel safe while they’re learning or else we’ll accomplish nothing as a country.” 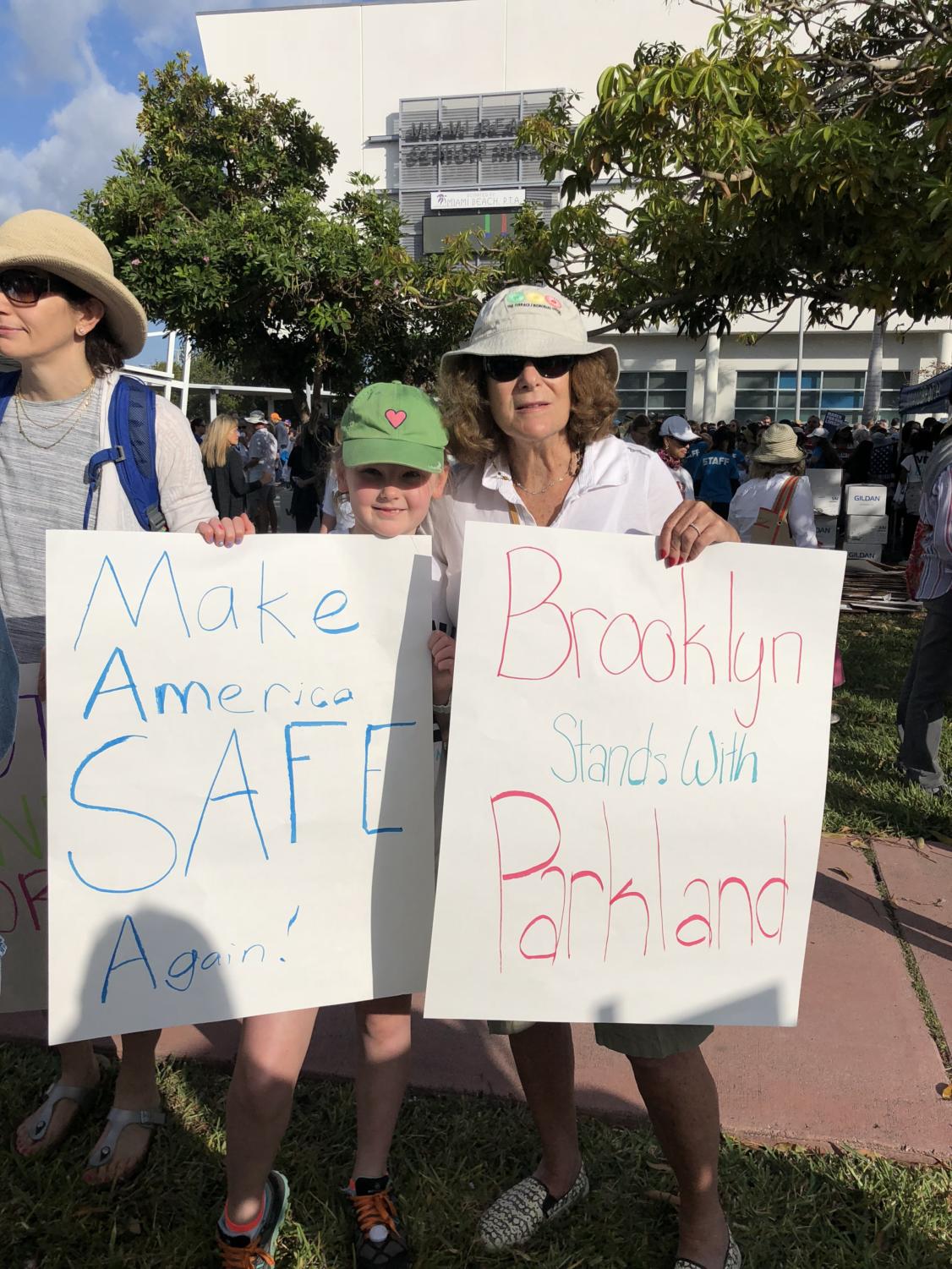 “I want my grandchildren to go to school without fear. They should go to school to learn not to be in fear that they’re not going to come home after the day is over.” 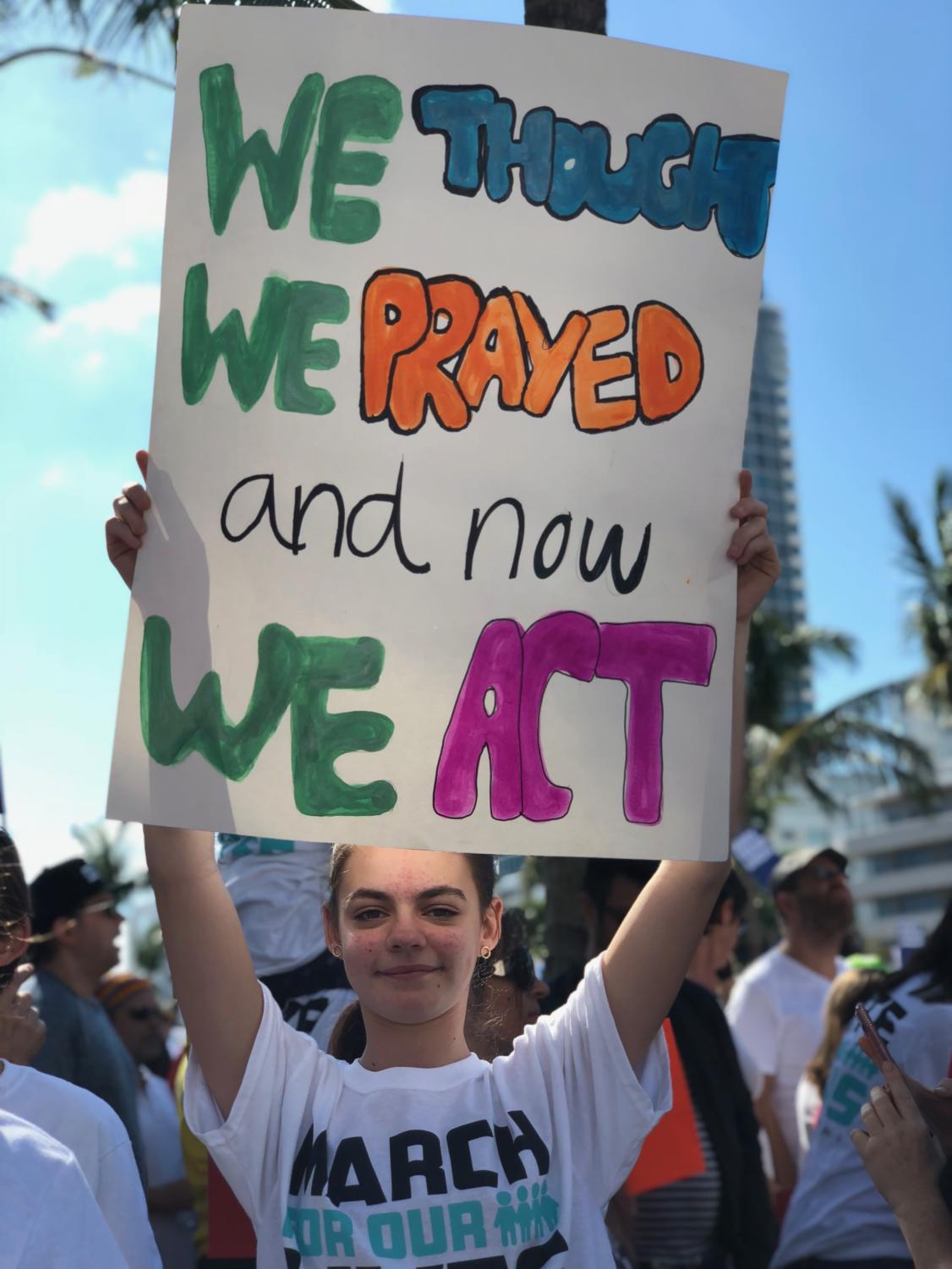 “I’m here because I think this is a really important matter to all of us because that could have been me and I could have been dead right now but I am here to fight for our right to protest.” 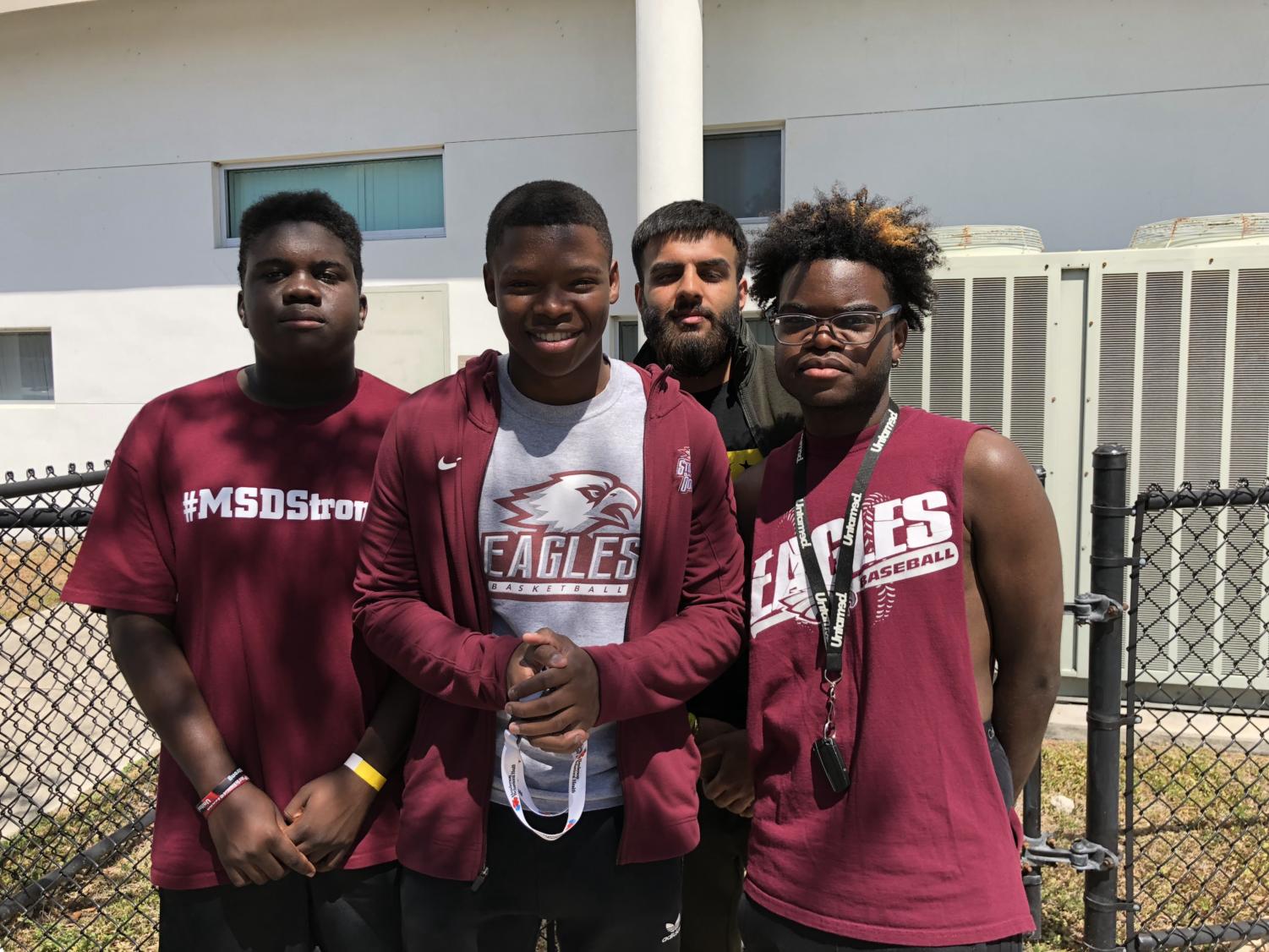 “I’m here because one of our close friends, Joaquin Oliver, passed away in the shooting and I know if it were any one of us he would be doing the exact same thing we’re doing here today, marching for gun control and marching for the people that lost their lives. That’s why we’re here.” 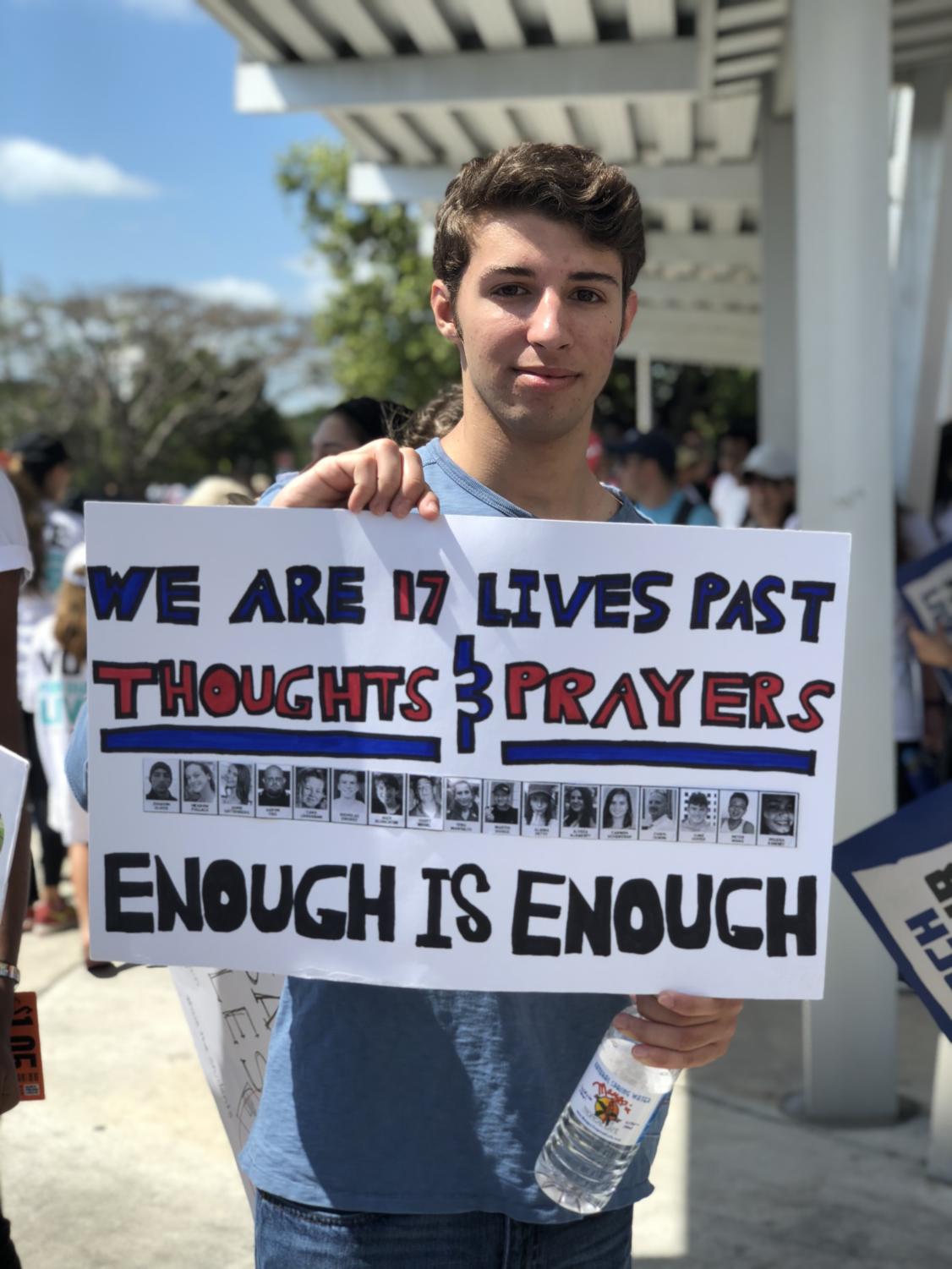 “I’m here because it’s really important that students know that they have a voice and can make a change in national policy.” 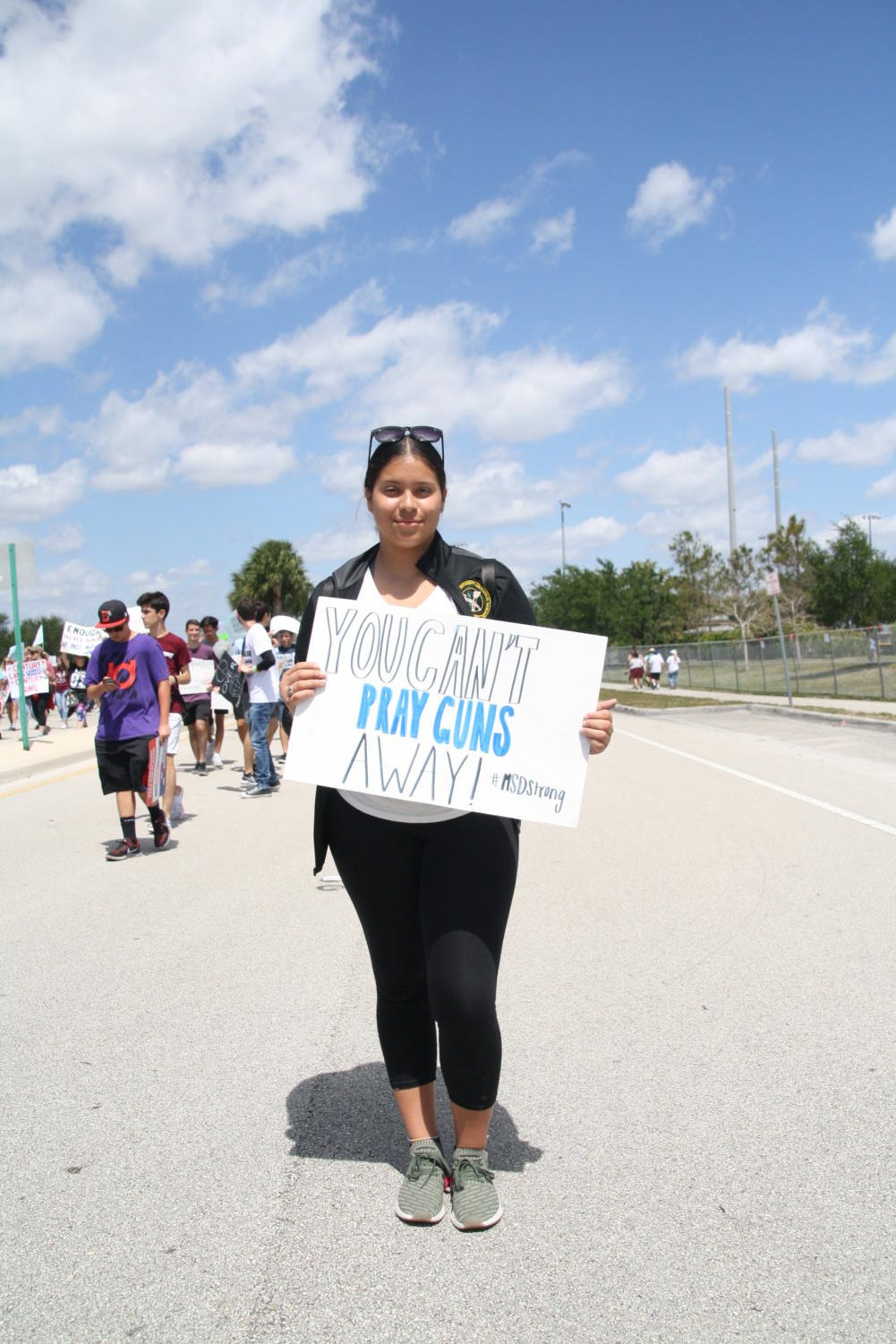 “Students are not safe in schools yet and this movement is about that so I’m asking ‘am I next?’ It can happen anywhere. It can happen at any school.” 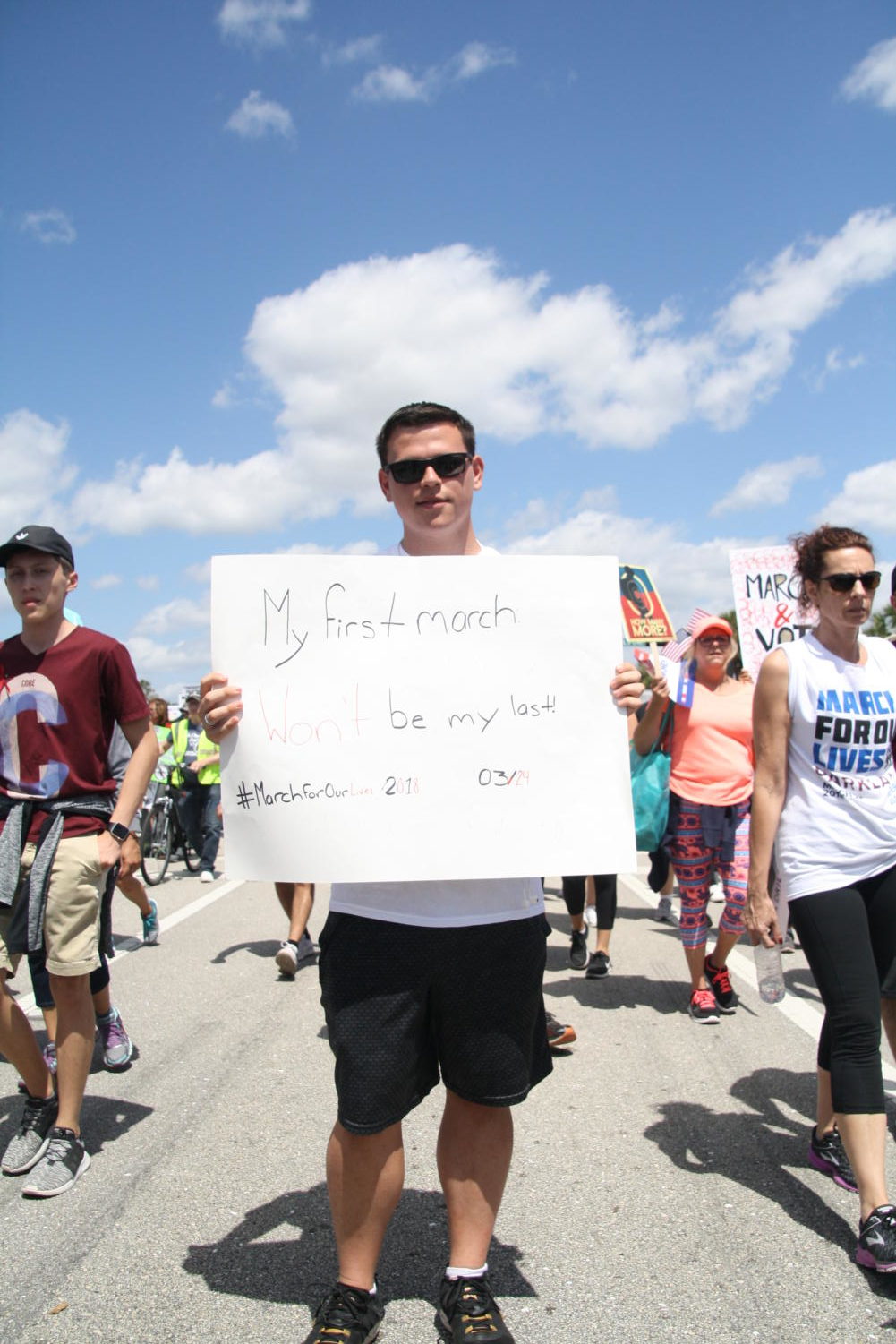 “My cousin went to the middle school next to Stoneman Douglas and there are kids my age that should have not [experienced] that and we need to make a difference. This should not have happened.” 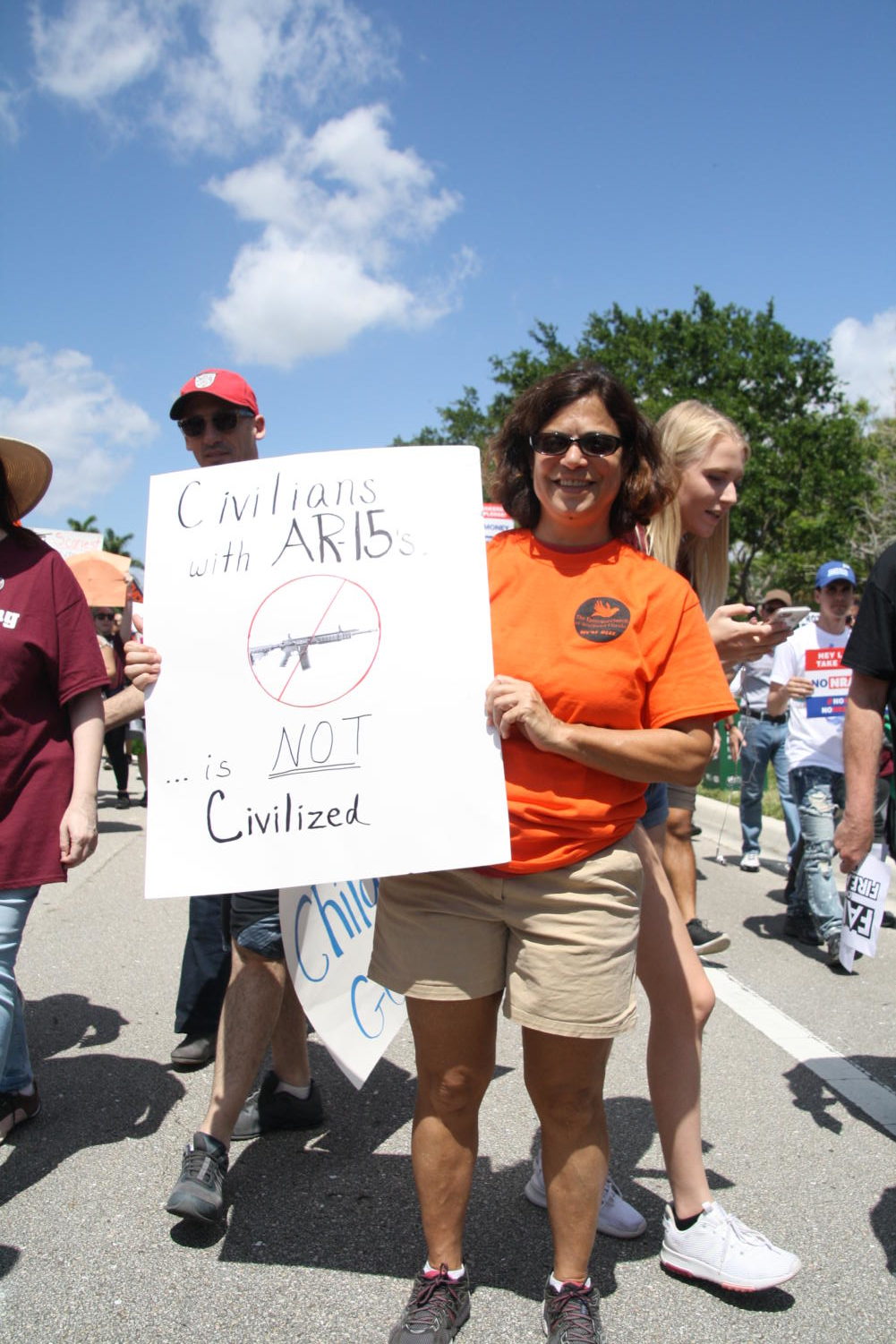 “Our church group got two buses together from Fort Lauderdale and it just made it easy for us to come together and really express the feelings that we have about the safety of our children and really be here for some of those parents. I’m a parent and I can’t imagine one morning sending my kids off to school never to see them again. It’s just heartbreaking.” 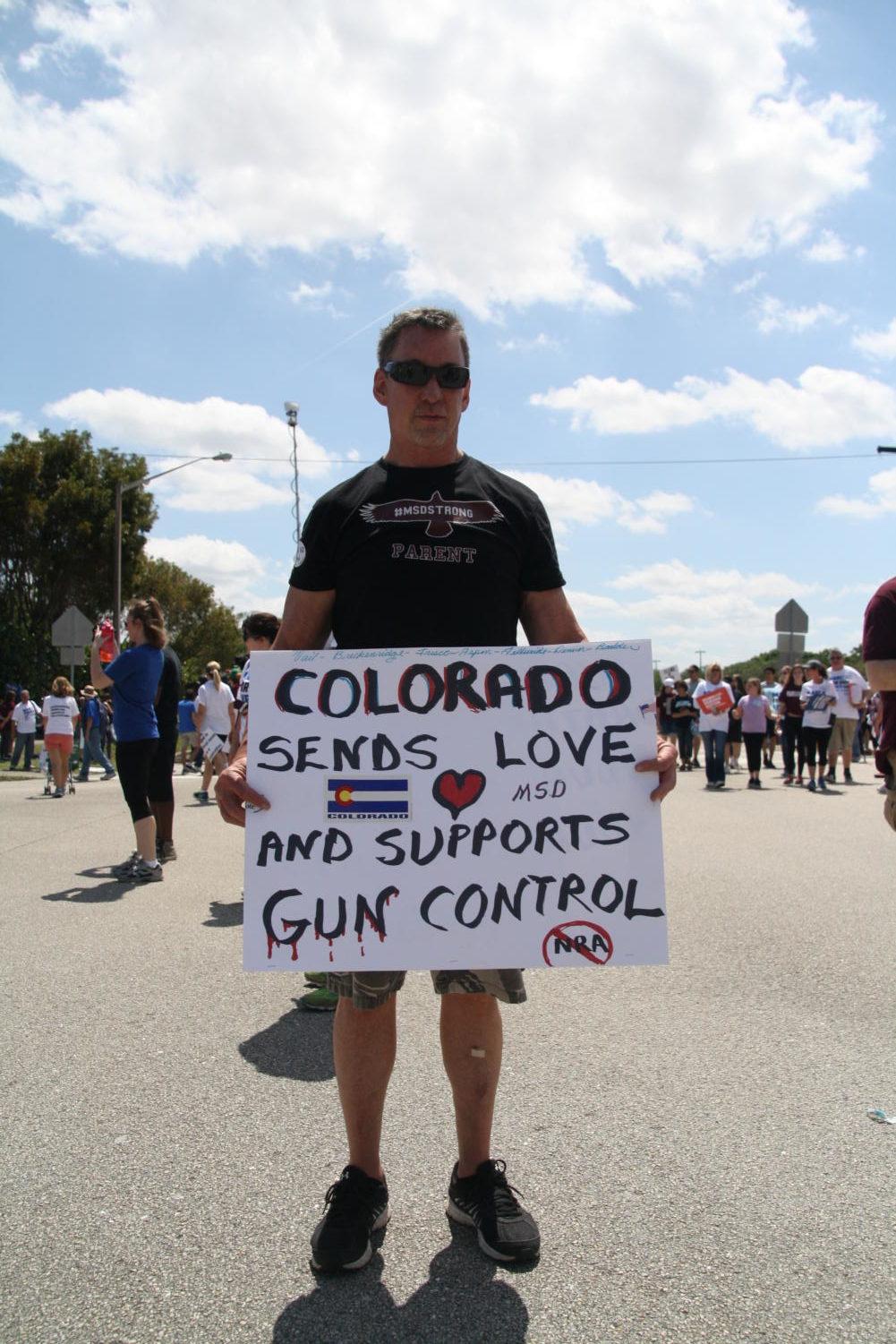 “People like to talk about how the schools need to be hardened and there’s no mental health care and there’s bullying. People want to blame it on everything in society, and those are all factors, but the reality of it is there’s no gun violence without guns and we need to face that. The common denominator here is guns.”