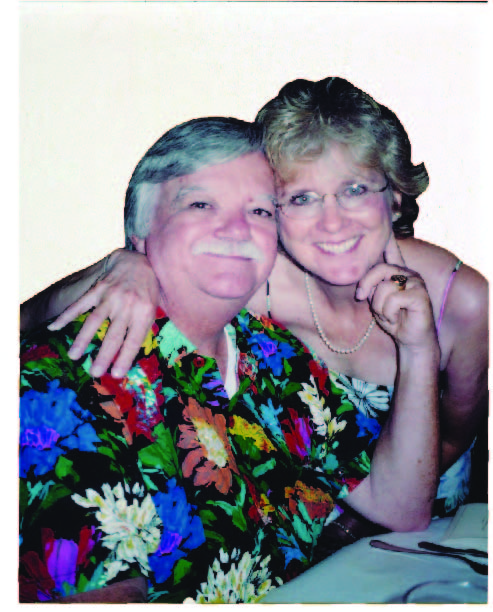 In 1965, thirteen year-old Patty Clarke met Ned Valois as she laced up her roller skates to go out into the two-house expanse of the undeveloped Coral Gables area. Ned was one of Patty’s brother’s jerky friends, twenty years old at the time. She paid no attention to the young man she would one day marry while he  integrated himself into their family of five children, two parents and two grandmothers, all living in a large house along Tahiti Beach Road.

Three years later, Patty received a bouquet of long-stemmed roses along with an unsigned card, with the word, “love” written on it. She called the florist, saying she had not received a card and they verified that the roses were from Ned. He denies sending the flowers to this day.

As Ned became part of the Clarke family, his presence in their home lingered, much like his thoughts towards Patty, as he spent his time with her brother Chris, swimming, barbecuing and hanging with the guys. He worked at the police academy and on the day of his graduation, Patty skipped school and went to share the memory with him with her family.

While Ned continued to carry out subtle gestures to hint his affection, Patty got accepted into college at The University of Florida, where she would graduate in March of 1974. Ned tried to set her up with his friend, who had an extremely troubled past. After Ned’s failed attempt to bring them together, she was offered a teaching job between April and May of that year in Defuniak Springs, a small town north of Panama City Beach and west of Tallahassee.

“It would be very tough for me to commute there every weekend,” Ned said.

After Ned dropped that last hint, Patty never took the job and the couple began dating soon afterwards. They both joke about it until this day.

“He says ‘You know you could have gone to Defuniak Springs and married Bubba,’” Patty said.

Patty entered graduate school at Florida International University (FIU) for Educational Leadership, as Ned worked as a Metro police officer. Patty took classes from 6 P.M. to 10 P.M. at FIU, which had only three buildings at the time. One day after class, she got involved in an altercation with a stranger when she was trying leave her parking space. She was surrounded by other parked cars and the stranger refused to move to let her back out. Fortunately, a burly, middle-aged  man– the athletic director at Miami Springs High School and a friend of Patty’s– was there to help, by roughly shooing the miscreant away. An incident like that never happened again during her time there.

In class the following week, two police officers asked for Patty by name and pulled her out of class. They said that her boyfriend had asked them to walk her to her car after school.

“He always did things like that for me,” Patty said.

The two got engaged on Patty’s birthday, July 25, 1975 and married that same year. Patty changed her last name to Valois and she gave birth to their first son, Jacques, four years after their marriage. Jacques is now 36, an IT supervisor for Baptist Health, married and a father to a baby boy. Their daughter, Geanne, was born two years later and is married with two children, six and two years old. Ned and Patty’s last daughter, Julia, married on December 19 of last year, the day before her parents’ 40th wedding anniversary. 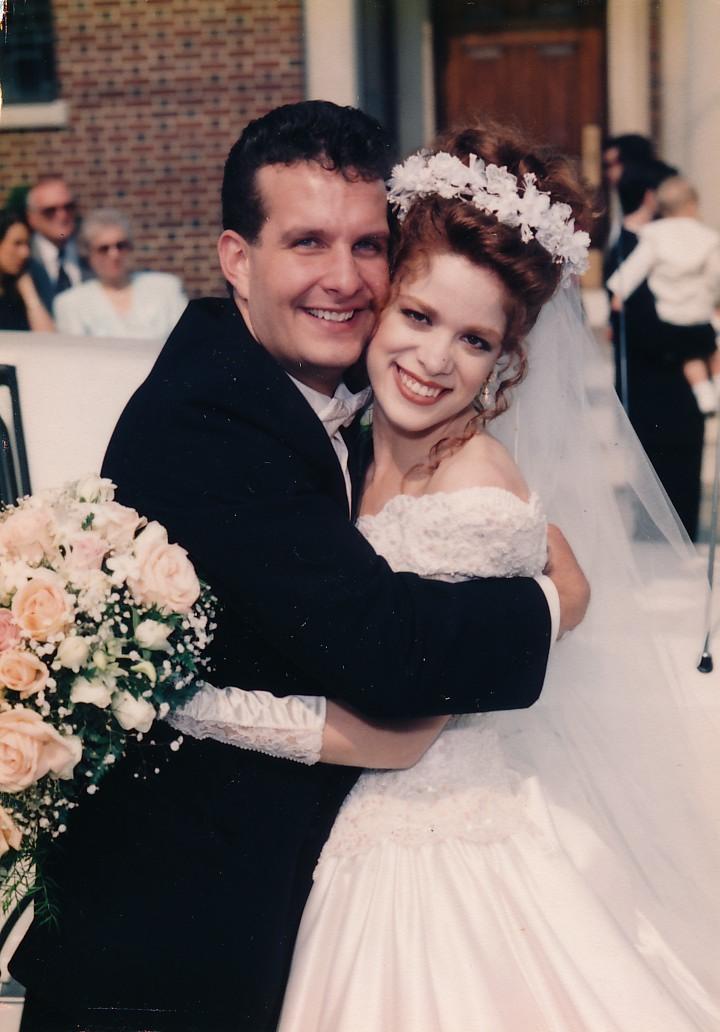 It was 1983 when 14-year-old Dalia and 17-year-old Joey Pulido first laid eyes on each other. Both attended a mutual family friend’s 50th anniversary party in New York and just as one might expect, the kids sat together at a round table as the adults sat at another. Dalia was accompanied by her older brother and sister while Joey was with his cousin from Spain, who rocked a long shoulder-length hair cut, reminiscent of the 80s. By the end of that night, Dalia found herself smitten with Joey and his dirty blonde hair to compliment his eyes the color of a midwinter sky.

“He was hysterical with piercing blue eyes- very hard to forget,” Dalia said.

The two had no further contact until nine years later, on June 10, 1992 at a graduation party comprised of the same mutual friends. It was a joyous event on a golf course in Long Island, New York. She noticed him standing at a distance, next to a gorgeous girl with curly golden hair and chocolatey brown eyes, who turned out to be his sister. Dalia knew she recognized him from somewhere. Her mother discouraged her from talking to him, thinking that he was in a relationship, but Dalia decided to walk toward Joey when he was alone, to re-introduce herself.

“I was hoping they would at least sit us next to each other but with my luck, they didn’t,” Dalia said. “I just approached him and gave him enough information to spark his memory.”

After the event, Dalia and Joey visited his house, built by his father, in Queens and he took her to the Mark Twain Diner Restaurant. They discovered on the spontaneous date that they both had cats with similar names- Mitsu and Misuko.

“When we left the graduation party I knew, then and there, that he was the man that I’d marry,” Dalia said. “It’s led me to believe in fate and that ‘feeling.'”

While at the diner, Joey noticed an engagement ring on her finger.

“You’ll get a bigger one,” Joey said.

They instantly clicked. When Joey dropped Dalia off at home that night, they exchanged numbers on a half-ripped dollar bill, which they both kept and to this day have stored, along with other treasured memories.

Joey picked Dalia up from college after dating her for six months, dressed in a sleek tux and took her to lunch in a limo which his friend Anthony drove part time. He took her to her favorite restaurant, Cafe 57 in Manhattan, and emphasized how lucky he was to have met someone so beautiful and patient as her. He later presented her with a blooming bouquet of pink and violet roses.

“He told me ‘I wish I had more roses for each day we weren’t together, so there he had me hooked,” Dalia said.

A year later, the two were watching the Dolphins play the Jets game in his house. Both despised the Jets and after the Dolphins’ victory, Joey decided that was the right moment to propose. The simplicity of the moment made Dalia swoon.

“He gave me the ring after the game, right then and there,” Dalia said. “I said yes, screamed and called my mother right away and it was a done deal. I was engaged.” 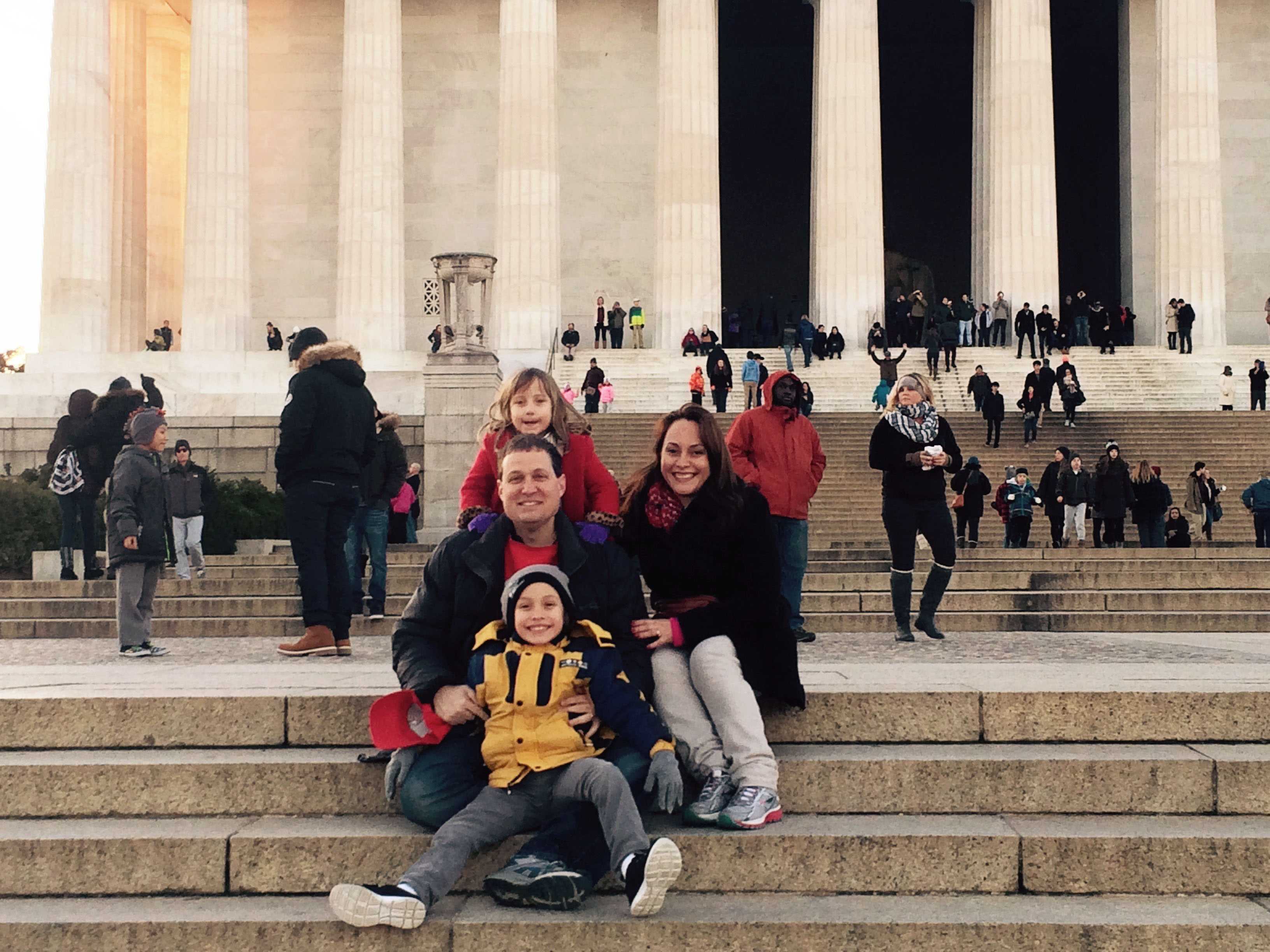 In February of 1998, at a pizzeria in front of Miami Dade College, John Clasca and Sayda Sahury met. She was a history secretary and he was a graduate student studying international law at FIU. The two began seeing each other shortly thereafter and within three months of dating, Sayda knew she wanted to marry him.

“We clicked right away. I knew this is the man I’m gonna marry,” Sayda said.

As a half-french, half-cuban man with a vast knowledge spanning from math, to writing to other cultures, John’s intelligence attracted the diverse (Honduran and Palestinian) Sayda, who was 22 at the time.

John and Sayda eventually visited Paris to see his family. The couple savored the trip’s sweetest moment; standing atop the Eiffel Tower, as the sun slipped below the horizon in the City of Love.

“I told him that I would go with him ‘till the end of the world,” Sayda said.

John made sure to respond likewise. In front of The Miami International Airport, across Perimeter Road, a restaurant called the 94th Aero Squadron Restaurant had parking spaces in the front of their establishment, where visitors could watch planes take off. He proposed there, a place that symbolized their love for traveling together. The moment that signified a new chapter in their lives.

When they got married in 2000, the couple spent their honeymoon in France that December. Sayda decided to keep her last name alongside John’s, because she liked how unique Sahury is, and is proud of her Palestinian roots. John did not object to her decision at all.

The two traveled across the world together, and John encouraged Sayda to experience the daring activities she always dreamed of– such as river-rafting and hiking in the Pyrenees mountains of France. They also traveled to Antigua, Guatemala and climbed a volcano with an open crater filled with lava, which Sayda recounts as a spectacular memory.

“I think I already wanted to be adventurous,” Sayda said, “but being from a hispanic family where they were not too or at all adventurous, he pushed me into that being adventurous and doing fun stuff that my family would normally not do because ‘Oh no, that’s dangerous.’ Going up a volcano– nobody in my family has ever done that.”

While encouraging Sayda to be more adventurous, John also pushes her to accomplish her other dreams, including getting her masters in history, teaching AP US History at one time and even now teaching an ESOL class.

“You know how sometimes people that are new to things are afraid to go and jump- that’s me,” Sayda said. “And you need just a little push. That’s him pushing me. ‘You can do it. It’s okay.’”

Likewise, Sayda applauds John for being a father who helps take care of their two children so she can get to Palmetto by 7:20 A.M., being the committee chairperson for their seven-year old son Justin’s Cubscout group and being the owner of a successful company. Believing that the eyes are the windows to the soul, Sayda compares the look in John’s sky-blue eyes to the content of his heart.

“He has a sincere sight, honest sight,” Sayda said.

On February 19, Sayda and John will celebrate their 16th wedding anniversary.