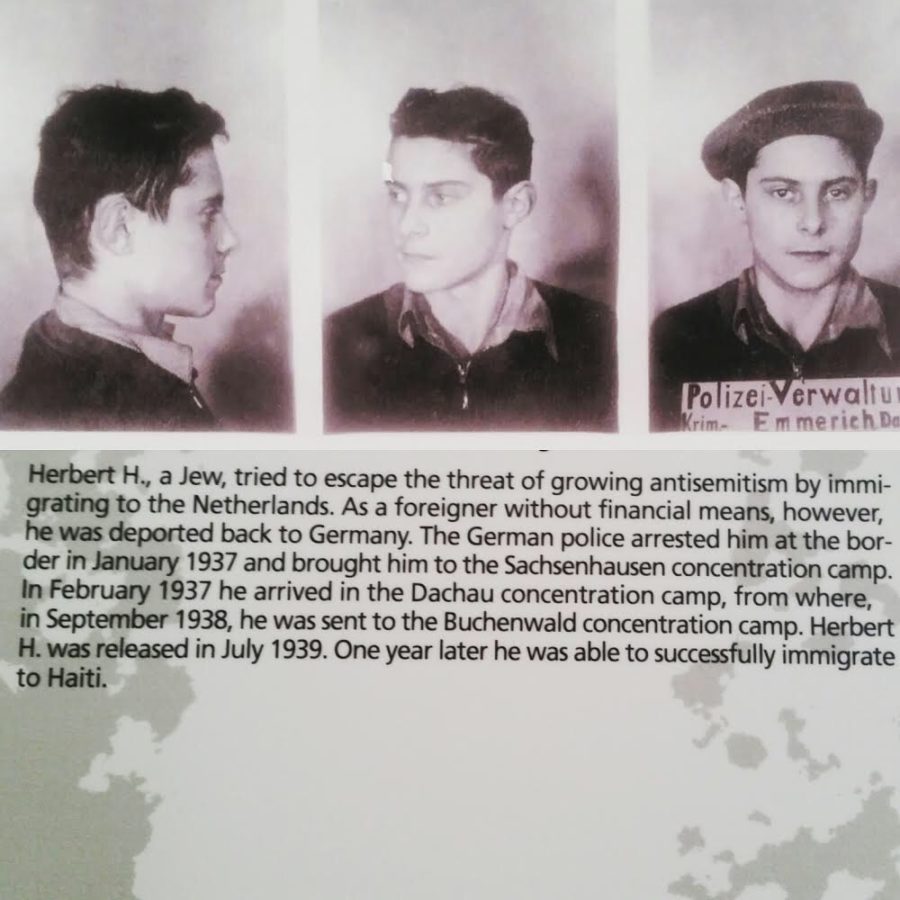 Photo Courtesy of the Kanzki Family

Kanzki’s Great-Grandfather, Herbert H. in his mug shots while being arrested by the German police during the Holocaust where he was then imprisoned in a concentration camp.

In previous decades, communities did not accept marrying and starting a family with someone of a different race, religion or culture. Relationships like this became thought of as taboo. However, these prejudices faded as society became more accepting over time, establishing America as more racially and culturally diverse.

According to a recent study conducted by the Pew Research center, an estimated 6.9 percent of the US population identifies as biracial or multicultural. Unlike the past, over 60 percent of multicultural people have a sense of pride towards their heritage and mixed background.

Junior Christian Kanzki’s rich family background goes back many generations. On his father’s side of the family, Kanzki’sgreat-great-grandparents moved to Haiti and colonized the country for Spain and had a child with an indigenous Haitian. She then went to Puerto Rico to start a family of her own. His other great-grandparents also hid in Germany and France as the Nazis invaded Europe; his family later fled to Haiti seeking refuge.

On his mother’s side of the family, Kanzki’s grandparents came from Syria and Lebanon.

“Culturally, Haiti is very diverse with a bunch of different sections of cultures. So with my parents both growing up there I always eat different foods and generally celebrate all different cultures,” Kanzki said.

With eight different cultures making up his heritage, Kanzki became a multicultural individual because all of his ancestors migrated to Haiti from all over the world.

“I am a very proud Haitian, if someone asks me I usually don’t say 8 countries; I say I’m Haitian,” Kanzki said

As the melting pot of cultures, religions and lifestyles; America is one of the few places in the world where one person can have numerous cultures and religions. Sophomore Miranda Shapiro is a direct product of this mix.

Shapiro grew up  in a Jewish and Christian household; she attends church and temple and celebrates Christmas and Hanukkah. While these religions rather contradict each other in belief systems, Shapiro’s parents wanted to raise their children with both of the religions they each believe in.

“Both sides of my family are pretty religious in their own ways, so we celebrate with them separately. But I wasn’t baptized or bat mitzvahed, so personally I am not very religious,” Shapiro said.

While being raised with both religions opened Shapiro up to different opportunities and perspectives, she gets to decide which beliefs she holds self evident.

“I mean it’s a little confusing, just on what to believe and stuff like that,” Shapiro said. “I am both, but I’m also not either one.”

Being raised both Christian and Jewish, Shapiro open ups  towards multiple religions and does not see it as a defining factor in a person’s character.