The weight is over 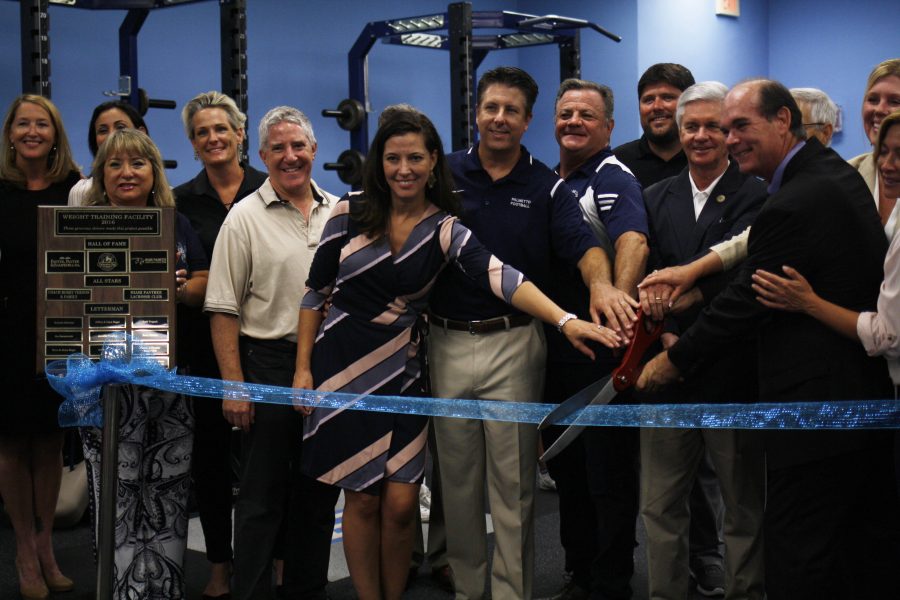 This morning, Sept. 22, the Miami Palmetto PTSA unveiled the new school weight room. The 45-year-old weight room got a makeover courtesy of the PTSA.

Miami Palmetto has nearly all available varsity sports, with the exception of girls flag football and rowing, engaging over one thousand students. According to former PTSA President and founder of Miami Palmetto’s Campaign for Excellence, Anna Hochkammer, athletes need to be physically healthy and train well on and off the field. The weight room will give each athlete the opportunity to condition in a suitable environment. Now, with new and clean equipment, athletes can train in the weight room, located in room 934.

“I love how deeply the school cares about their students,” representative from school board member Dr. Larry Feldman’s office Jackie Fals said. “Future generations will benefit from this new room.”

Athletic Director Steve Batten said the opening of the new weight room is not just beneficial to after school sports, but also for the physical education program.

“It’s a huge foundation for the future of Palmetto athletics,” Batten said.

For Palmetto athletes, the new space represents more than just a room to work out in. Senior varsity football player Christian Pierre-Louis describes it as their second home.

“It’s a place where we all come together and stay after school to become bigger, stronger and faster,” senior varsity football player Kenneth Spiller said.

The ceremony featured some of the varsity football and softball players as well as the entire PTSA board and MPSH administration.

“This was an incredible effort that was spearheaded by the PTSA,” Principal Victoria Dobbs said. “It brought all together community member, teachers and students.”

The gathering brought together athletes, parents and administration alike to celebrate what took a community to achieve.

“I would say that projects like this one that you can see and touch are sometimes the most rewarding,” Hochkammer said. “If we ever wonder whether we make a difference with our service, we can peek into the weight room and know we made a difference right there.”