The History of Creation Through Destruction 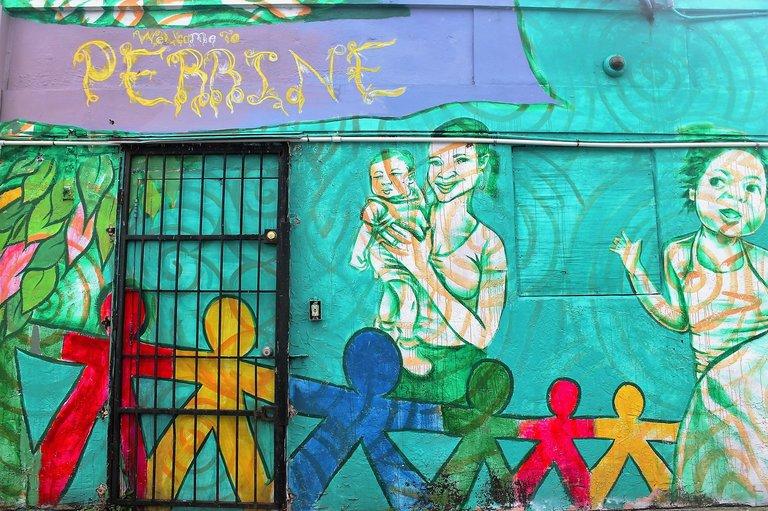 Gallery|3 Photos
Beautiful murals encompassing a bodega on Hibiscus drive in Perrine painted by the Moving the Lives of Kids Community Mural Project, an organization aiming to engage youth in the transformation of their communities.

Street artists and art dealers are no strangers to the freewheeling ideal that passion is worth breaking several rules. From the eccentric murals displayed at the Wynwood Walls to the graffiti that is admired throughout the streets of New York City, street art has wedged its way into the world of contemporary art and the illegal destruction of private property has been integrated into interdisciplinary forms of artistic expression.

The initial exposure of street art was the graffiti that appeared on the sides of train carts and alleyways almost a hundred years ago. Taken as an act of vandalism, twentieth century gangs and mobsters would tag buildings and walls as a way to claim the territory and warn other gangs of their presence.

The culture then evolved as a means to subvert the radical political mindset of the late 1900s, which tried to hook the younger generations onto its agenda. The art form gained recognition and respect from “grown-ups” as artists held nothing back in the creation of their displays except for their long 70s locks, to avoid spray paint stains, of course. Soon enough, through the photographs taken and documented by art enthusiasts, graffiti and obscure murals were placed in galleries and inevitably found their way into the global market. This set off the international interest in self expression through social commentary displayed in public art.

Decades later, street art and graffiti has earned its rightful place among modern art forms and unconventional methods of expressionism. A process of creation, essentially through destruction, ascended into a medium for filling the world with creative murals that ultimately held a deeper meaning. Street art became the rebellious foundation for the experimentation of various colors, methods, and patterns. It evolved into such an explosive way of exploiting society’s flaws that the public could no longer turn a blind eye. The diversity of street art in the 21st century has transformed the idea of vandalism into a marvelous expressive system.

The evolution of street art became evident to the public eye through artists like Banksy with his documentary Exit Through The Gift Shop. Banksy, receiving endless recognition for his thought provoking pieces, often couples his art with an initiative. Vandals were no longer viewed as hooligans, but rather seen as creators and the unapologetic minds of the future. Although vandalism is still very illegal in the United States, art dealers stop at nothing to let their ideas be conveyed through breathtaking murals that don’t conform with the predominant structures of popular culture and mass media.

“I use graffiti as a form of expression since I was a very quiet person,” junior Alexy Benitez said, “I never seem to say what I felt inside and who the person inside of me was so I would paint street art and graffiti to let people who I was.”

In places that are starved of artistic freedom, nonprofit organizations are on a mission to democratize art. St+Art India has been pouring vibrant paint and graffiti into the streets of Mumbai and New Delhi, while also keeping traditional art forms alive, for the past year and has successfully encouraged natives to keep the streets clean and build a positive environment for children to grow up in. The cultural phenomenon has managed to take art out of museums and onto the streets.

Ultimately, where we see nothing but a dull brick building, somewhere out there is a rebel who spots a blank canvas waiting to be filled with vivid color.

“Graffiti is not a crime. Artists would paint in areas where they weren’t allowed to just to show people how they really were in their own world and we all should admire them from when graffiti first began to present day” Benitez said.

Check out more on the Moving the Lives of Kids Community Mural Project.