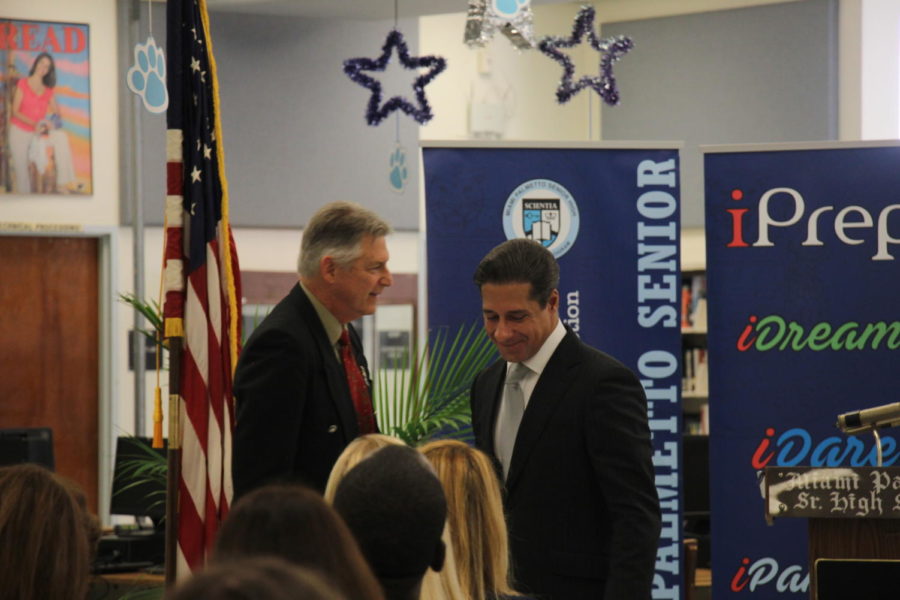 After five years of planning, the reconstruction of Miami Palmetto Senior High began with a kick-off ceremony Friday, Dec. 8.

The renovation, part of the county’s General Obligation Bond Project, will incur $44 million in costs before its planned 2020 completion. The meeting included speeches by the Miami-Dade County Public Schools superintendent, Alberto Carvalho, and Miami-Dade School Board chair, Dr. Lawrence Feldman.

While community members believed the school would only go under a few improvements, the superintendent and school board members have confirmed a large facelift.

“We decided to take a second look and in fact came to the conclusion that rather than renovate and rehabilitate old portions of the building, it made more sense to build more new facilities,” Carvalho said. “So, this is going to be one of the largest, most significant makeovers in the history of Miami Dade Public Schools. A makeover that, in essence, will result in a new building.”

As news of the renovation spreads through the school, students may wonder whether or not construction would become a disruption for classes. Dr. Feldman assured that the process will not interfere with learning.

“During testing, there will be no construction; it stops,” Dr. Feldman said. “We have an agreement with our companies that it can not disrupt the instructional program. So the good news is, when we’re doing things that we need to be quiet about, [construction workers] won’t be there.”

The school’s major changes have begun with the removal of the portables, where a three-floor main building housing new administrative offices will be built. Construction will continue with the demolition of the outdated buildings and the implementation of newer classrooms, a new cafeteria, renovation of the auditorium, a black-box theater and more.

“With few exceptions, most of the buildings will be demolished, gone will be the portables, and give rise to a brand new Panther house in this community,” Dr. Carvalho said.

Although Palmetto Senior High is expected to change drastically, the school board hopes to continue to maintain the prestige of the education at MPSH.