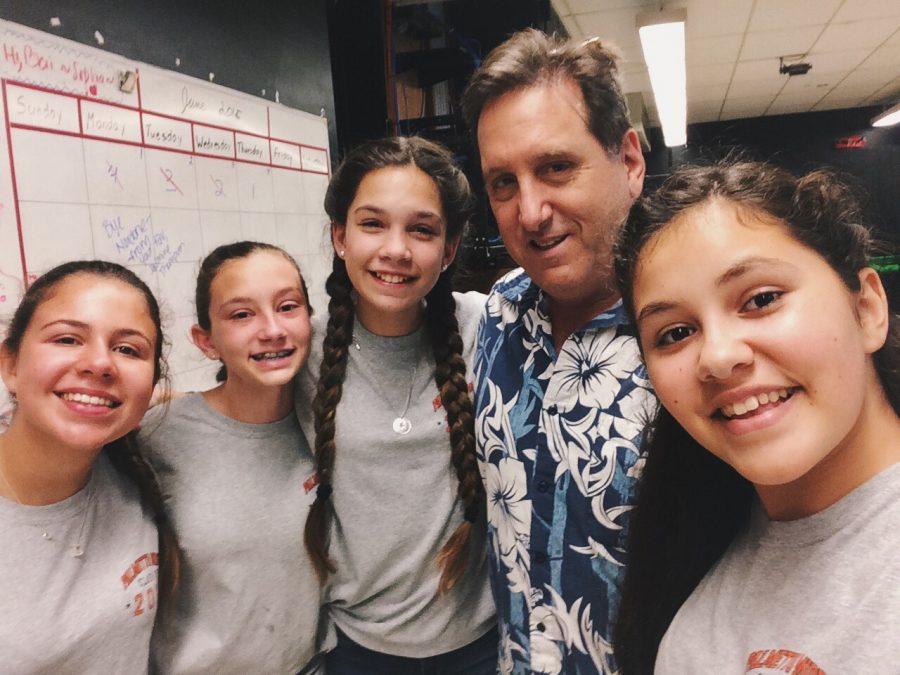 On Dec. 7, 2016 our community lost a special man. After having stage IV lung cancer, David Nardone passed away.

“He was a great person and a great teacher,” junior Elizabeth Delfino said. “He was more of a parent to his students before the teacher in him ever came out.”

Nardone was known for his plays and musicals that he picked and directed. From plays such as Seussical, Fame and High School Musical, Nardone showcased the talents of his students.

“He gave me more opportunities than anyone else has given me,” senior Ethan Paikowsky said. “He had more faith in me than any other mentor I’ve ever had.”

“He really knew what he was doing all the time and it was cool because he never really questioned himself,” Paikowsky said. “He would always go with the flow and he really made it work.”

Nardone used his job as a way to connect with his students and learn the best ways to showcase their talents.

“I was always that person that was very loud and my personality was pretty weird around some of my friends and I was really insecure about that,” sophomore Sofia Bissi said. “He introduced me to theatre, which is a huge part of my life now and he taught me not to be insecure. He made us who we are and he changed a lot of lives.”

Nardone gave opportunities to students in drama throughout the years they had him as a teacher.

“I had been told that I was always going to be a side line and ensemble and I wouldn’t get big parts or featured roles, but when I was with Mr. Nardone, I got roles like Alice in ‘Alice in Wonderland,’” sophomore Katherine Signori said. “He helped me love theatre.”

With over a thousand students to have taken his classes throughout his life, he inspired many to love drama and he brought out talents in his students that some did not know they even had.

“He never gave up and he has inspired so many kids and changed a lot of lives,” Bissi said. “His spirit is living on in all of them.”