Pontifex takes the U.S. by storm 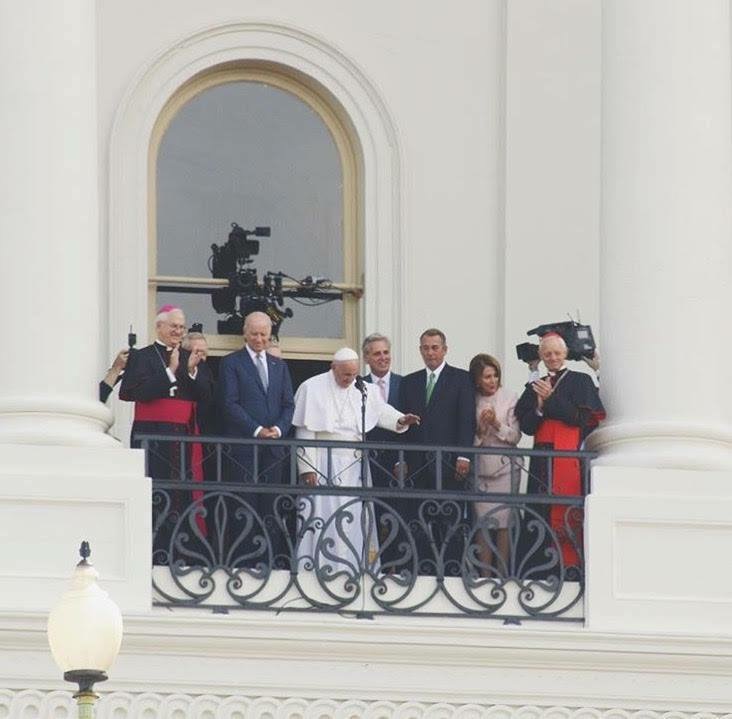 Pope Francis visited Belen Jesuit school on September 18, prior to his departure to Cuba to receive blessings. The school held an assembly in his honor and students lead a session of prayers, some written by students, to send him off.

On September 23, Pope Francis began the Papal Tour in the United States in Washington, D.C. Francis began his tour greeting President Obama and lead the Papal Parade later that afternoon to greet citizens.

The following morning, the pope made history becoming the first pope to address a joint meeting of Congress. In his address to Congress, Francis urged listeners to promote peace and discussed poverty, income inequality, abortion, the death penalty, immigration and climate change among other pressing issues. Francis made a clear argument to end poverty and make efforts to lessen the income gap in America. He also discussed his pro-abortion, pro-death penalty and pro-immigration views, arguing that all American citizens came from immigrants at one point. Francis also addresses climate change, and established that action must take place in order to maintain sustainability.

“I thought His Holiness Pope Francis did an amazing job at addressing Congress,” former student Kaylan Coke, said. “His words of unity and please for change involving the death penalty and his condemnation of the gun trade lend credence to the fact that he is considered a ‘modern pope’, regardless of the fact that he is a religious official, people around the world as well as in the United States take him seriously.”  Coke was able to witness the Papal Parade in Washington.

The pope then visited the United Nations on September 25 to address a General Assembly. A religious service at the World Trade Center and mass at Madison Square Garden followed that same day.

On September 26, Pope Francis held mass at St. Peter and Paul’s Basilica in Philadelphia, and met with bishops the following day. This evening the pope will be traveling back to Rome to conclude his U.S. tour.