Nick Labrada Steps Up to the Plate 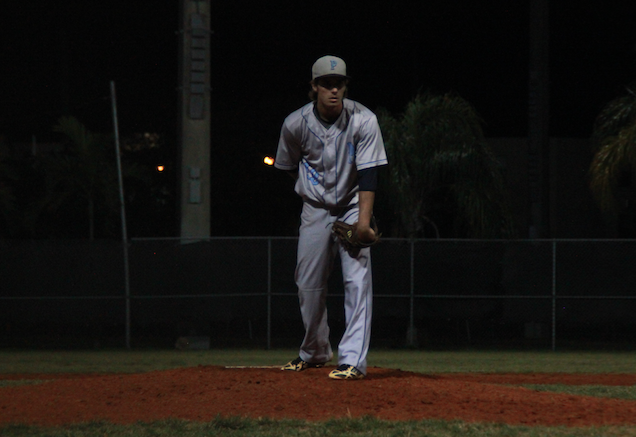 Entering his first year on the varsity Palmetto baseball team, junior Nick Labrada strives to compete against rival teams and hit every pitch that comes his way.

A veteran athlete, who picked  up the game at age three, he hopes to make a difference on the field at his new school.

“My dad introduced me to the game when I was three,” Labrada said. “I have been playing ever since.”

After playing in different leagues for over 11 years, he joined the varsity programs at the schools Archbishop Coleman Carroll and Killian. Playing at Palmetto might be the most challenging experience for Labrada as the school competes in one of the most rigorous districts in the country.

“My favorite part of being on the team is being a part of the brotherhood,” junior Nick Labrada said. “We go to war together and play together to win.”

This sense of brotherhood is shared by the entire team. Team members have even created traditions like cutting their hair in an attempt to strengthen the bond shared among the players.

Labrada has worn the number 19 since he began playing the sport in 2001.

“I chose number nineteen while playing at Palmetto because it was the first number I ever chose when play little league baseball,” Labrada said. “Also, the greatest hockey player, in my opinion, was number 19. I wanted to be as athletic as he was at the time.”

Labrada dedicates a majority of his time to training. He compares baseball to a job, and he treats it as such.

Palmetto plays at the 9A level, and its division in particular is ranked the eighth toughest in the country. This ranking is based on school size. Labrada previously played in a similar division at Killian, but not at Archbishop Coleman Carroll.

“At Palmetto, there is more discipline, a better culture, and a great tradition,” Labrada said. “The game is played at a higher level and there is a greater sense of brotherhood.”

Nick Labrada Steps Up to the Plate