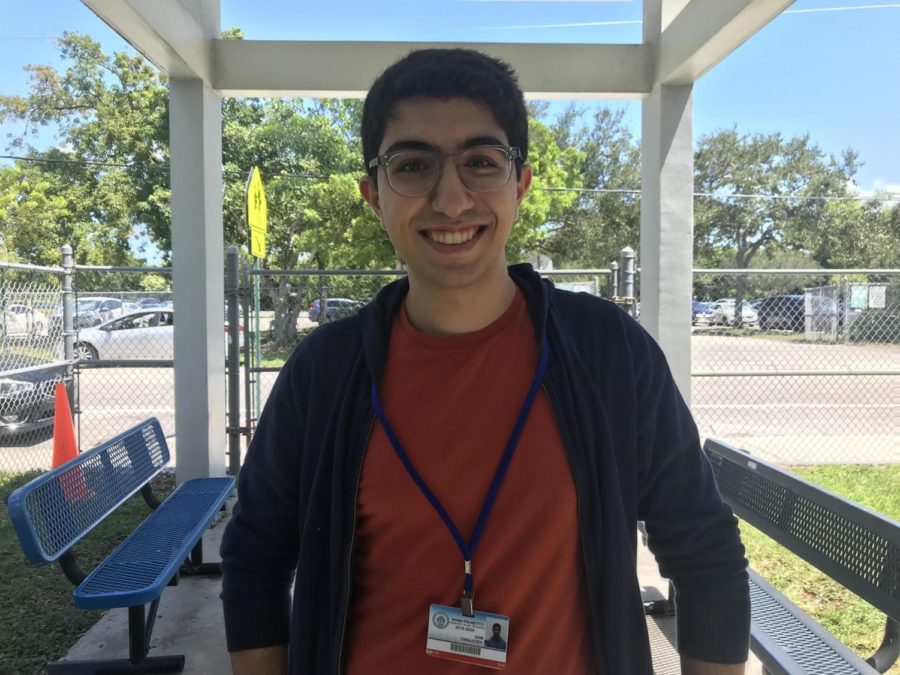 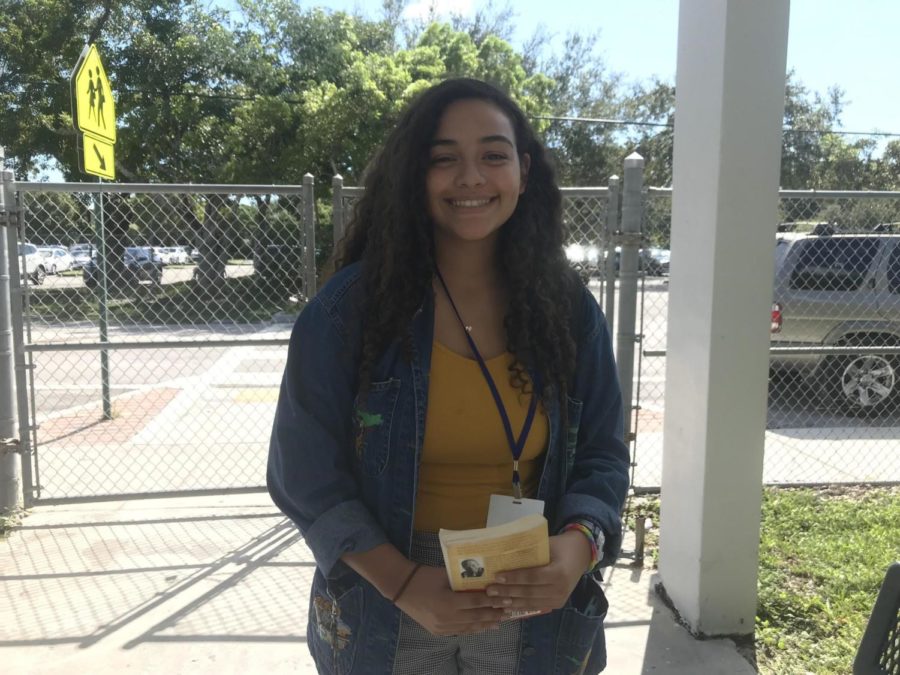 Palmetto welcomes new students from around the country every year. However, The Panther has decided to give a few lucky students a chance to introduce themselves to the school. Palmetto has rolled out the carpet for them in  hopes of learning more about these newly-transferred scholars and formally welcoming them with Panther spirit.

A transfer from Enterprise, Alabama, Camacho has been pleasantly surprised by the friendly and outgoing environment she has discovered at Palmetto. Although she registered the first day of school, Camacho was helped by Ms. Mallard, a school counselor, who took her time to make Camacho’s  schedule and introduce her to the school. “Everyone was so busy the first day…so I was just going with the flow,” Camacho said.

As she described her small town, she said “everyone went to the same high school” and “they were not as friendly as here.” She has already made new friends and has great plans for her future at Miami Palmetto Senior High. Camacho mentioned she used to play soccer back in Enterprise and is considering trying out for Palmetto Girls Soccer, but  as an AP Student, she is worried about overloading her schedule. She also has a passion for music. She loves to sing and play the piano, and hopes to get involved in the school choir in the near future.

When asked about her favorite class of the day, Camacho immediately answered with Anatomy and Physiology with Ms. Evans. Camacho said, “We’re learning but it doesn’t feel like we’re learning, it just feels like a conversation and we’re learning about ourselves… it’s really cool.” She hopes to become involved in the medical field in the future and considers specializing in pediatrics.

Coming from Palmetto Middle, Shah was overwhelmed by her first day at  Miami Palmetto Senior High, but she explained how having an older sister who attends the school was incredibly helpful. She said, “My sister took me in the day before and said, ‘We’re going to show you where all the classes are.’” However, she has witnessed a significant change between middle school and high school. Shah explained how “everyone in middle school knows each other,” whereas high school “is big” and has a very different dynamic.

Shah is known by her friends as being an overachieving student. he said, “They always tell me I put in too much work.” Not only does she plan on being highly successful academically, she also plans to get involved by joining the badminton team and student council. Her goals for the future are yet to be determined, but she is working toward achieving a good high school education and desires to get accepted into a college she feels drawn towards.

Her passions include dancing; she said, “I love to dance and I go to Jill Mallory Studio of Dance… I do contemporary, ballet, jazz, and hip-hop.” Dance is part of her schedule, which she describes as her favorite class. In general, Shah exhibits the qualities of a hard-working student striving to obtain a great education who has  high school ahead of her.

Vanya Gupta recently transferred to Palmetto after moving from Chicago, although she used to live in Miami before. Despite describing the construction taking place as “a little scary,” Gupta was pleasantly surprised by Miami Palmetto Senior High because people were friendlier than those from her previous school. She said that “if you ask for help, they’ll actually help you” and she likes how students in her classes are from different grades, also unlike her previous school.

Gupta enjoys participating in athletic and artistic activities; she said, “I’m on the swim team here [at  Palmetto], I do taekwondo, I sing and I play guitar.” She is also excited for the Club Fair, where she plans on joining Key Club to get more involved in community service projects and school activities. In regard to her academics, Gupta described AP Art History with Ms. Falligan as the favorite class in her schedule, saying that “it’s really fun.” She admitted she initially was not expecting to enjoy the class as much as she does. Gupta said, “I have no interest in art whatsoever, but this class is class is getting me interested in it… and I love the teacher.”

Gupta had a unique response when being asked what she hoped to be when she grows up. She said, “I want to grow to be the same person I am now because I like who I am now…” She continued on to say she also wishes to be successful in whatever profession she chooses.

Sam Farajzadeh transferred from Coral Reef Senior High. He explained his first reaction to his first day of school at Palmetto:  “I was excited to get into the school and meet the teachers and old friends that I made in middle school.” Contrary to most students, he found that construction, surprisingly, facilitated his orientation on the first day of school. Farajzadeh said, “To be honest, I felt that the construction made the classes much easier to find and to mentally map out…”

Farajzadeh said he enjoys playing video games, learning to play the Ukulele, and exercising in his spare time. He also said, “I always try to make my friends laugh whenever I have the opportunity,” showcasing his funny personality he embraces when surrounded by his favorite people.

Regarding his academics, he said his favorite class this year is AP Psychology with Dr. Scaffer. “Not only because of the fact that I like the class, but the teacher is also really cool and an interesting person,” he said . Excitedly, he aims to join Japanese Honor Society at the Club Fair. In the future, he said, “I hope to become a computer scientist someday, and in ten years I see myself developing intuitive software.”

One Response to “New Students at Palmetto”