How Palmetto is Becoming More Sustainable 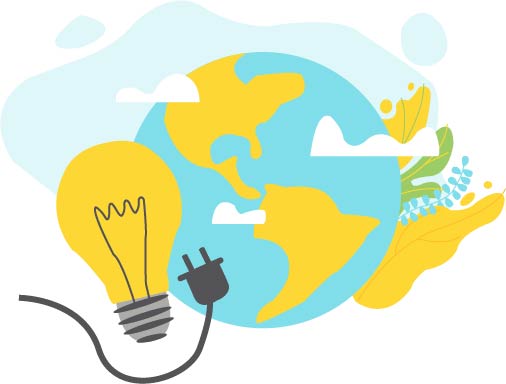 Sustainability. A word most people know too well and hear too often.

While climate change constantly hangs over our heads, we often fail to realize the enormity of the situation. According to NASA Global Climate Change, the records for highest temperatures  increased since the 1950s and surface temperatures also increased about two degrees Fahrenheit, which provides evidence for global warming.

“The school participates in a old, used phone drive to harvest the precious metals for use through the Science National Honor Society, which also provides the necessary funding for the club if we win,” Wilson said. “Right now, we are looking into being speakers to encourage other students to become more informed on the matter.”

These fountains display the number of plastic bottles saved from waste, which gives students perspective on the impact of small changes they can make.

Taught by Advanced Placement Environmental Science teacher, Pamela Schlachtman, the Solar Energy class tackles climate change through their group projects. #TurnItOff campaign, comprised of juniors Benjamin Goldstein, Aidan Katsikas, Paul Nameth, Daniel Rodriguez, and Logan Spiegelman, specifically focuses on vampire power, which is electrical power consumed even while appliances are off or on standby. They study how the reduction of this power can help conserve energy.

“This community service project is dedicated to bringing awareness to the issues of vampire power and those pertaining to energy efficiency,” junior Daniel Rodriguez said.

The group focused on learning about the school’s energy consumption, and the effects of it.

“We have calculated how much money for the school and how many pounds of CO2 emissions can be saved each year by doing one simple change which was, in this case, changing the 1000s wing to automatic sensors for lights since they’re often left on,” junior Benjamin Goldstein said.

“Ten percent of all household energy use is caused by vampire power used by idle appliances,” junior Paul Nameth said. “An average household could save about $150 a year by reducing this usage and reduce carbon emissions by 1,500 pounds per year.”

People  can make a huge impact with environmental consciousness  Every sustainable choice makes a difference, which #TurnItOff wants to convey.

“It’s the small things that all add up because at the end of the day if enough people enact the same change, no matter the size of the contribution, it’s all going to add up,” junior Logan Spiegelman said.

As our fellow students explained , next time you charge your phone, once you are done, make sure to unplug the charger.

If you are thinking of bringing a water bottle to school, try bringing a reusable bottle.  Every eco-friendly action eventually can lead to a positive overall effect.