Hot on the Ice 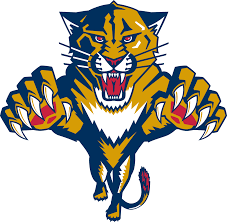 The Florida Panthers have been dominating on the ice, winning 18 out of their past 21 games, and are currently on a 12 game-winning streak. The Panthers last lost was against the Boston Bruins on December 12th, where they were beat 1-3 on the road. The streak, a franchise record, has translated to the Panthers sitting atop the Atlantic Division and they now have a 26-12-4 record, and are hoping to make their first playoff appearance since the 2011-2012 season. The Panthers are now in fourth place in the NHL (National Hockey League), mostly due to all-star performances by several players.

“Barkov’s development into an elite two-way center along with the confidence of the team as a whole [has contributed to the Panther’s current 12 game-winning streak],” junior William Yang said.

The Florida Panthers have sent three players to the All Star Game; these players include: forward Jaromir Jagr, defenseman Aaron Ekblad and goalkeeper Roberto Luongo. The team’s coach, Gerard Gallant, will also represent Florida at the All Star game.

Forward Jaromir Jagr, the 43-year-old Czech that is the oldest player in the NHL this season and has the fourth-most goals in NHL history (737), leads the Panthers with 15 goals and 31 points this season. Goalkeeper Roberto Luongo is eighth all-time in goalie wins (454), and is in his second stint with the team (2000-2006). Luongo was considered by many to be a franchise cornerstone in Vancouver, his last team, however due to his advanced age (36), the Canucks traded him back to his first home in the NHL last season, where he and Jagr are now leading one of the youngest teams in the league.

“[The main contribution to the Panthers recent success is because] they have a solid defensive core that they have been building since 2012 in addition to getting Willie Mitchell and drafting Aaron Ekblad and with them picking up players like Jaromir Jagr, and being able to bring back Roberto Luongo from Vancouver,” senior Kieran Taylor said. “They built a very solid team able to keep the opposition from scoring and get key plays that lead to good scoring chances.”

Due to recent successes, general manager Dale Tallon was given a contract that will keep him with in Florida until 2018-2019. Also, head coach Gerard Gallant was extended after leading the team to a 91-point season last year, the best improvement in the league a year ago. Now, after producing the longest winning streak and most successful month in franchise history, Gallant’s Panthers are primed for a playoff appearance and further improvement.