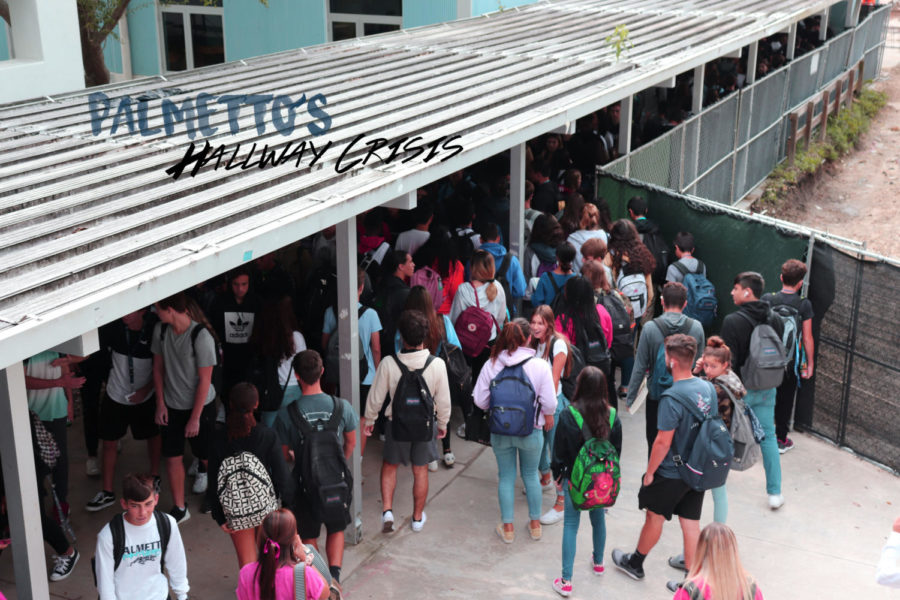 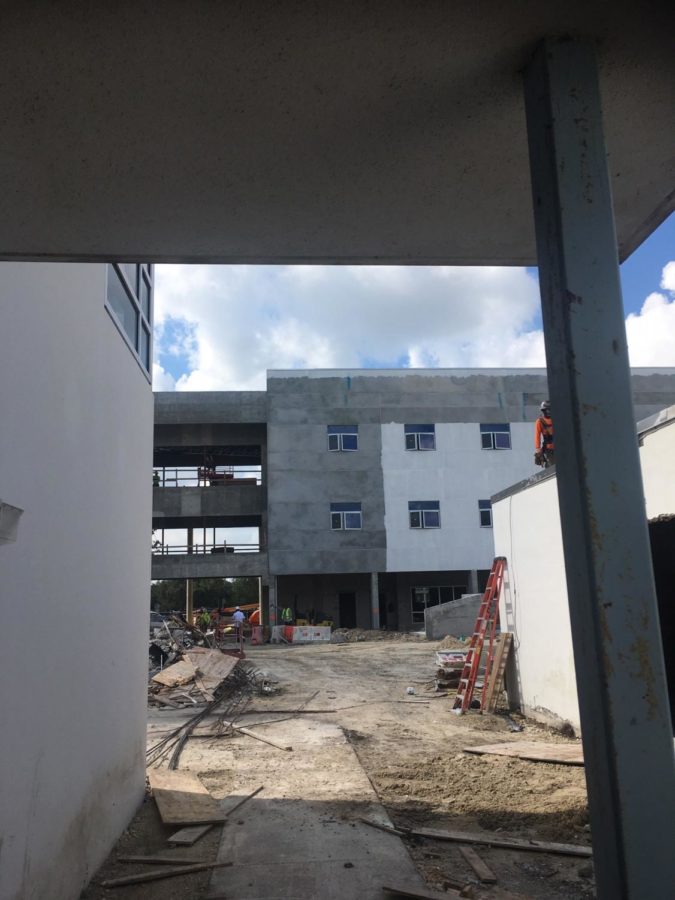 In the five minute recess between classes, Palmetto students must traverse blocked central hallways they previously used to make it to their seats before the bell rings. A direct result of the construction taking place at Palmetto, the blocked hallways pose an added challenge for students who already struggled to get from class to class.

With Panther Square, the old 900s hallway and the outdoor passageway next to the 500s hallway closed, students find themselves struggling with crowds.

The main source of the construction currently comes from the new three-story building, which according to Miami’s Community Newspapers, needs electrical conduits for internet data and fire safety. All of these conduits will reside under the walkways, which means they will remain blocked off until the construction ceases.

While seniors, juniors and sophomores have the necessary experience for navigating the school with ease, freshmen may struggle with even getting to class in the first place, much less also discover  a way around the crowds.

“I know that it’s definitely hard for freshmen, because last year, even without the hallways, I was getting lost,” Lazar said. “Now they have to take different routes, and the sophomores know different ways they could go, but they might not, because they’re new.”

While many students do feel the effects of this construction in their daily lives, they also recognize the efforts administration and construction workers make to improve the congestion, especially near the 2000s building.

“One thing that they did is that they opened up a little section of where Panther Square used to be, so that helped a lot,” junior Priya Mahabir said.

Palmetto Panthers also have suggestions for reducing the percentage of tardy students, a growing problem that creates disturbances for teachers and classmates.

“Personally, maybe giving everybody a minute extra to get to class would be a big help,” Mahabir said.

Though an added challenge for Palmetto students, the building will likely open in January, a worthwhile wait. This makes changes in the new building evident from day-to-day ⁠— a source of excitement for some students at Palmetto.

“Even when we’re walking near the Pawvilion, we’re like ‘wow, was that there yesterday?’ So I definitely think there’s improvement,” Lazar said.

The hallway jams will ultimately result in a  brand-new school, from the three-story building currently under construction to the new media center, cafeteria and black box theatre, making the minor problems worth it.

“I keep on telling myself that at the end, we’re going to have a nicer school,” Mahabir said.