Are Parents Addicted To Their Phones? 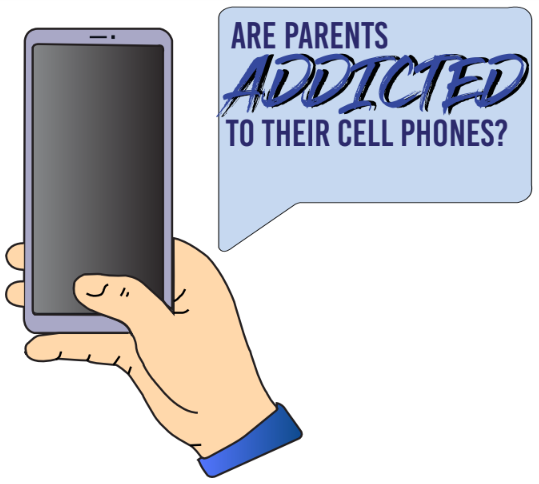 You and your family decide to go out for dinner. While at dinner you see the usual: parents occupying their young children with tablets so that they don’t get too irritating and teens scrolling through social media or texting friends. Now, parents also join their children in this habit of using phones at dinner.

According to the news outlet Quartz, in 2018 7-year-old Emil Rustige from Hamburg, Germany became upset when his parents were paying more attention to their phones than to him. For this reason, he created an organized demonstration that was held on Sept. 8 last year.

Rustige’s slogan was “Play with ME, not with your cell phones!”

The same survey also showed that 38% of teens believe their parents have cell phone addictions. This statistic showed a 10-point increase from 2016.

The shrinking gap between percentages supports the claim that both parents and teens have addictions to their phones.