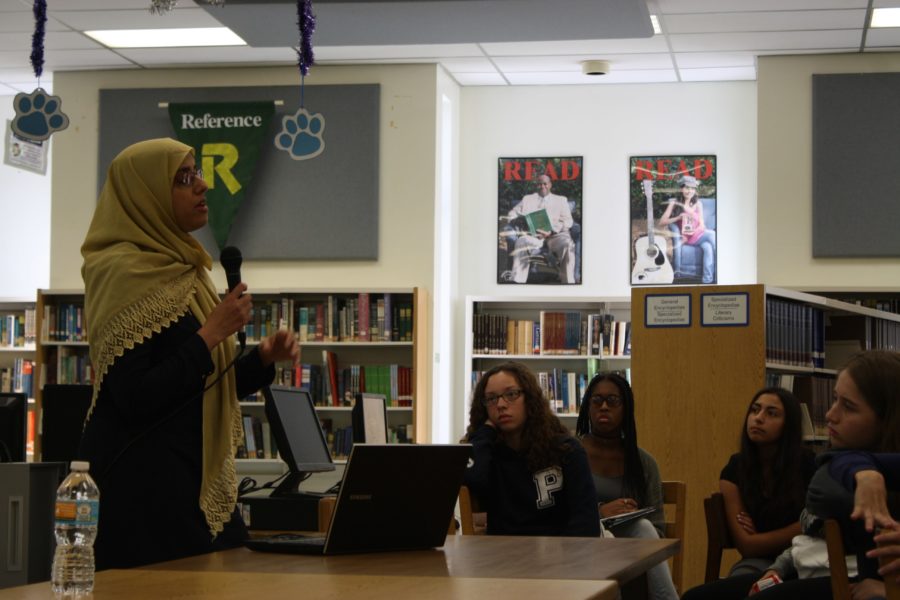 A recap of the Muslim myth and perception Afternoon Lecture

Psychology Club held their monthly lecture was held in the media center about Islam yesterday, Feb. 23. Junior Karelis Martinez decided that this lecture should be held and heard.

“I always had a lot of sympathy towards the culture,” Martinez said. “I found it unfair how people were oppressing Muslims without actually understanding the culture and the struggle they go through.”

“I think it’s actually very generous that people actually do a forum like this now because that means they want to know,” Dr. Subhani said. “People can have misconceptions but it’s nice to have an opportunity to clarify and just to talk to people so they understand the certain aspects about the faith and about Muslims and they wouldn’t know otherwise.”

In the lecture, Dr. Subhani presented many facts and misunderstood things about Muslims and their faith, many times only associated with terrorist acts and not the virtues promoted within the religion.

“I wanted to know more about the Muslim culture and more of where they come from,” freshman Nikaya Wembly said.

Dr. Subhani also explained the importance of  knowing the context of writings in the Qur’an to avoid misleading ideas, which she believes triggered the radicalist ideals of ISIS.