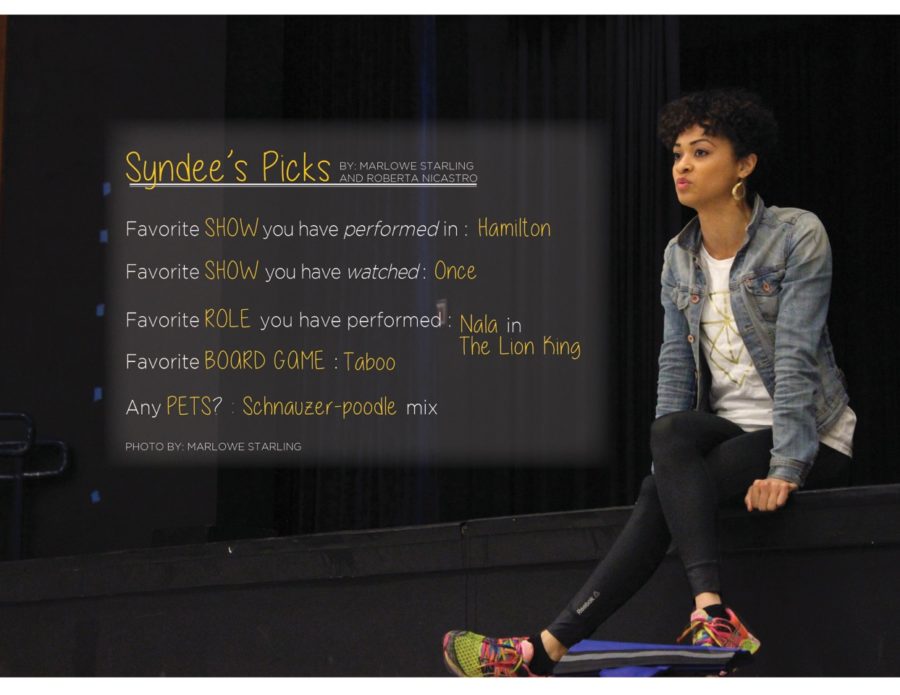 Syndee Winters: What a Ham(ilton)

On Jan. 30, a Broadway actress took the Miami Palmetto auditorium stage for perhaps the hundredth time since she began her career as a performer. Syndee Winters, who most recently has acted as the understudy for all the lead female roles in Broadway’s smash hit “Hamilton: An American Musical,” returned to her alma mater not to perform, but to offer her well-earned insight in a master class to the current drama students at MPSH.

“It’s such a joy to come back and work with the young artists of MPHS,” Winters said.

As a freshman, Winters quit her commitment to the track team upon hearing of the school musical, and it was all choreography and high notes from there. But she didn’t just dedicate her time to theatre; Winters actively participated in extracurricular performance groups and the pep squad before graduating in 2004. She also choreographed the Omega Singers choir and won awards at the state competition for her work as a high school student.

During her days as a Palmetto Panther, she recalls some of her most vivid memories sitting with buddies in the Pawvillion at lunch time.

“I had a friend who rapped and I would sing,” she said. “I loved those memories.”

A native New Yorker, she returned to her home state and attended Five Towns College in Long Island, NY, where she evolved into an even more dedicated performer.

“Much of [my] learning [came] from auditions and messing up a lot – like, A LOT,” she said.

She now boasts a thick resume of singing, dancing and acting achievements.

“I had no idea that my life was going to lead me here specifically,” Winters said. “But I did have a certain vision of what kind of life I wanted. It has come with much sacrifice– personal and professional.” 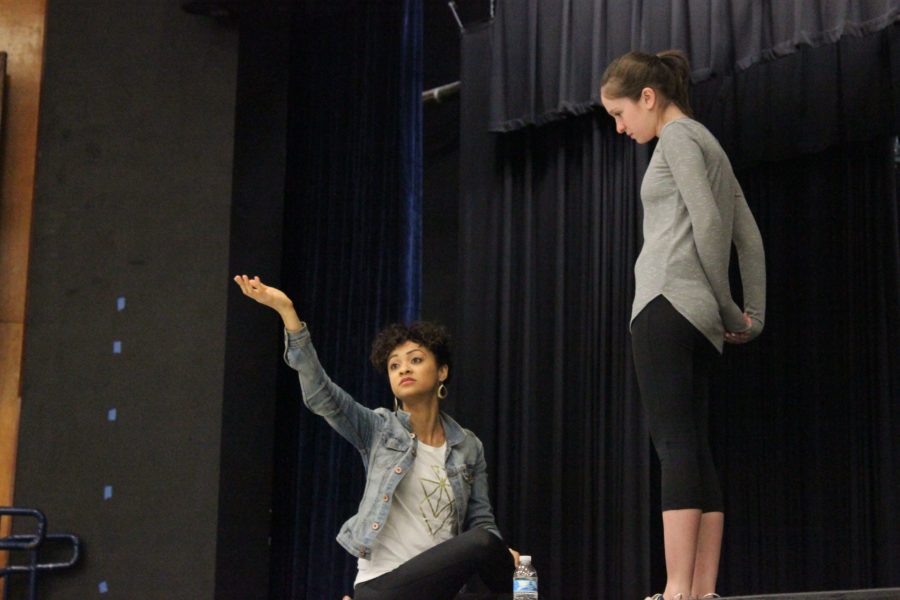 At Palmetto, she got her first taste of the spotlight as an ensemble performer in “Fiddler on the Roof” and then as Angel’s Angel in “Anything Goes.” Without those opportunities and the education that a public school had to offer, she believes she may not have reached where she is now.

“My beginning at MPHS helped shape my career in the way that it taught me how to hustle for the thing I wanted most, which was to perform and affect others through art,” Winters said. “I don’t think I would have had the chance or the same journey had these classes not been provided in school for free.”

Years after she graduated, the dance department invited her back to help choreograph a spring show, and it was then that she realized her love for both creating art and teaching art.

“Even back then, I realized that students were receptive to me,” Winters said. “It inspired me to continue to do more within my career as a performer, so I could come back and share with young artists what I have learned along the way, not just as a performer, but as a person.”

Even though Winters received instruction from previous drama teachers and dance coaches while attending Palmetto, she admires current drama teacher Robin Barson’s intense commitment to her students and her will to improve their skills as performers and as people.

“Ms. Barson has had a tremendous impact on the students by simply providing a safe space for young artists to explore their craft and themselves,” Winters said. “She has an empathetic spirit that also ignites a fire within her students. I am proud to know her.”

Despite the glitz and glam that often becomes associated with the life of a big-time Broadway actress, Syndee admits that actors and actresses like herself do not receive the bundles of cash that on-screen movie actors get.

“We do it truly because we love it,” she said. “The part of my job I love the most is when I get an opportunity to affect others through my work, whether it is onstage or offstage.”

But even the life of a busy New Yorker desires its moments of relaxation. When she’s not helping in a show, she enjoys the simplicity of hanging out with friends.

“We have game nights every now and then,” she said. “I love a fierce game of Taboo.”

Syndee recalls that she probably got her first taste of the performance life by winning a lipsyncing battle as a wee toddler in daycare – and she won nothing less than first prize. Now, roughly twenty years later, she can proudly call herself one of the leading Broadway actresses and recently completed her first original musical about Lena Horne, a talented singer and the first black actress to sign a long-term contract with a Hollywood studio.

The late actress, who Syndee found parallels with her own personality, celebrates her 100th birthday this year, making the show even more relevant in the wake of Horne’s activism in the Civil Rights Movement and its lasting impacts on today. Describing herself as “ambiguously ethnic,” Syndee felt the need to share Horne’s story.

“Telling her legacy is as important as my own,” Winters said. “So I wrote a show.”

The show has already sold out in New York three times, but she hopes it will start touring nationally (and eventually visit us in South Florida).

“I thoroughly enjoy going to work every day just because of the kind of people I’m around,” she said.

As a former Panther and ambitious spirit herself, she offers words of advice for those eager to achieve more down the road.

“Stick to your vision. Be obsessed with it. Collaborate with others,” Winters said. “No one ever got anywhere alone.”

When it comes to playing in “Hamilton” – her most prized and exciting role so far, she does offer a hint to get us excited for when they tour in South Florida in the 2018-2019 season.

Even in her youth she has no regrets about her journey so far. Among her favorite Broadway roles was Nala in “The Lion King,”  where she combined her skill in dance with her passion for embodying a character on stage.

“I had two dream roles and I nailed them both,” she said.

Most importantly, she has this to say to all who aspire to do more.