Why Students Should Receive Excused Absences for Climate Strikes 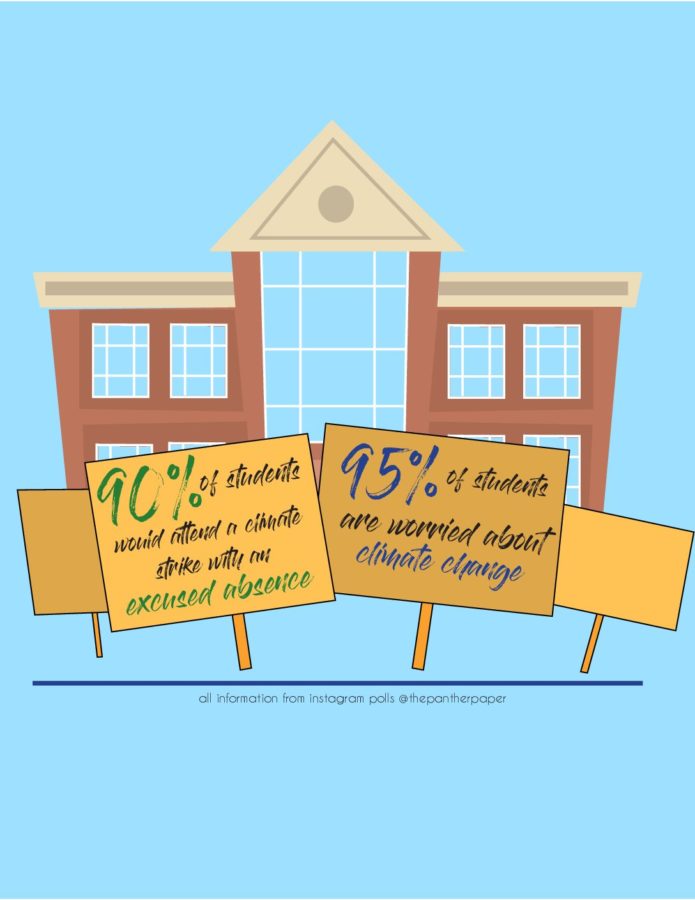 The Sept. 20 climate strike gave many students like myself their first taste of climate activism and has left me with a yearning to participate more. But for students who are penalized for missing school to attend these strikes, an unexcused absence is a luxury many cannot afford. So as we fight for the assurance of a livable future, students should receive an excused absence so they can attend climate strikes.

For Miami residents, adverse warnings alluded by the UN’s reports have become realities of everyday life, with only 12 years to make drastic changes to our global energy infrastructure to keep the temperature at moderate levels. The reports have made it abundantly clear that warming will bring on countless repercussions from rising sea levels to making the world incrementally more uninhabitable with worse forms of disease and famine, economic losses and refugee crises.

According to Business Insider, flooding events in Florida have increased by 400%. This statistic becomes even more frightening when it is considered that these events have become more detrimental. Due to rising sea-levels, tidal systems rise and daily water systems have risen so much that the tides now reach further inland, as discovered by a study done by the University of Miami. Rising sea levels, exacerbated by climate change have resulted in  “king tides,” or the highest tides of the year; a look into the threatening future whereby 2050 it is estimated that 85,057 Miami-Dade County residents will be displaced according to the Washington Post. To counteract this, Miami Beach implemented a $400 million-dollar project into mitigating flooding through the installation of pumps and backflow valves and elevation of roads, illustrating the economic toll climate change will inevitably bring to the rest of Miami.

Despite this looming threat under our noses, the Miami-Dade County Public School system, the fourth largest county in the US, has neglected to acknowledge the requests for students to receive excused absences to attend climate strikes. According to  Miami-Dade County’s Attendance Policy, unexcused absences do not obligate teachers to give a student make-up work. In other words, students could receive Z’s for any work they miss, ultimately negatively affecting their grades.

We should not be getting penalized for striking for our representatives to take action to help during this climate crisis. I strike because I am afraid of the world that lies ahead if the unsustainable practices dominating the US continue.

Climate activism moreover, has proved effective in Miami. After the Sept. 20 climate strike, Miami Beach promptly declared a climate emergency, putting climate-related issues at the top of the agenda for the city illustrating the importance of these strikes.

Civic engagement in these strikes serves the same objective as  Miami-Dade County Public Schools, in that it empowers participants and promotes learning. Their mission aligns directly with those of climate strikes thus, there is no validity in disadvantaging students who attend these strikes.

Students clearly care about this topics deeply. According to a poll conducted on The Panther’s instagram, 95% of students surveyed are worried about climate change and 90% of students would attend a climate strike if they were given an excused absence.

Samantha Gazda, a local climate activist and junior at Coral Gables Senior High started a petition a month ago,  asking MDCPS to give students who attend climate strikes excused absences that occur no more than 1-3 times a semester. Her petition now has over 1,200 signatures. Her along with a group of other activists plan to introduce it to Superintendent Carvalho and the School Board, hoping to enact meaningful change that helps students who care about the state of the environment express as such.

Overall, the current attendance policy in relation to climate strikes disadvantages students who are trying to enact meaningful change and secure a habitable future planet and therefore, should be changed.