What Went Wrong in the First Debate 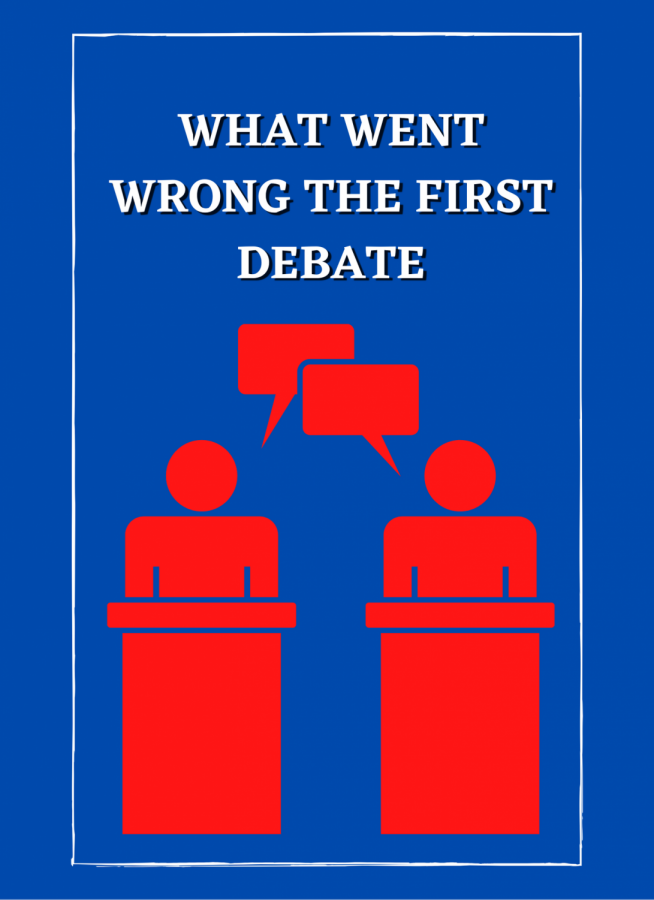 While Republicans and Democrats disagree on most topics, many from both sides heartily dubbed last week’s Presidential Debate the worst in history. Approximately 73 million people watched the debate, which resembled an immature spat between two unprepared men.

How is it that two presidential candidates — who should have an abundance of knowledge on the issues brought up by moderator Christopher Wallace — could not properly take their stances within their two-minute time limits? Instead of explaining their plans for each problem the U.S. faces, the candidates spent a majority of their time bashing one another.

One example of this occurred at the beginning of the debate. Wallace asks current President Donald Trump about his decision to nominate a Supreme Court Justice before Presidential elections. Trump briefly justifies his right to nominate Amy Coney Barret and then goes on to harass former Vice President Joe Biden and Democrats, implying they wish for socialism.

The candidates could have easily spent their time expanding on their ideas — such as Trump’s Forest Management and Biden’s plan for COVID-19 — but rather than giving the American people information on exactly what they should expect from each candidate when deciding on one, they wasted the perfect moment.

Another great complication within the debate was the informality of both candidates. Trump’s attention towards Biden’s deceased and drug-recovered son was completely unprofessional, and Biden referring to Trump as a “clown” and telling him to “shut up” was not any more appropriate. Even an amateur debater’s first lessons explain how they should not offend or disrespect other debaters, or the moderator. Not only did the President insult his opposition, but Trump also interrupted Wallace on numerous occasions, so much so that Wallace felt the need to scold the President of the United States, a low moment for us as a nation.

In short, many things went wrong in the first presidential debate, and it is largely because currently the wrong people represent our country. We can only hope that by the next Presidential Debate on Oct. 15, the candidates take a class on debate.