Vegan…Sushi? A Profile on Planta Queen 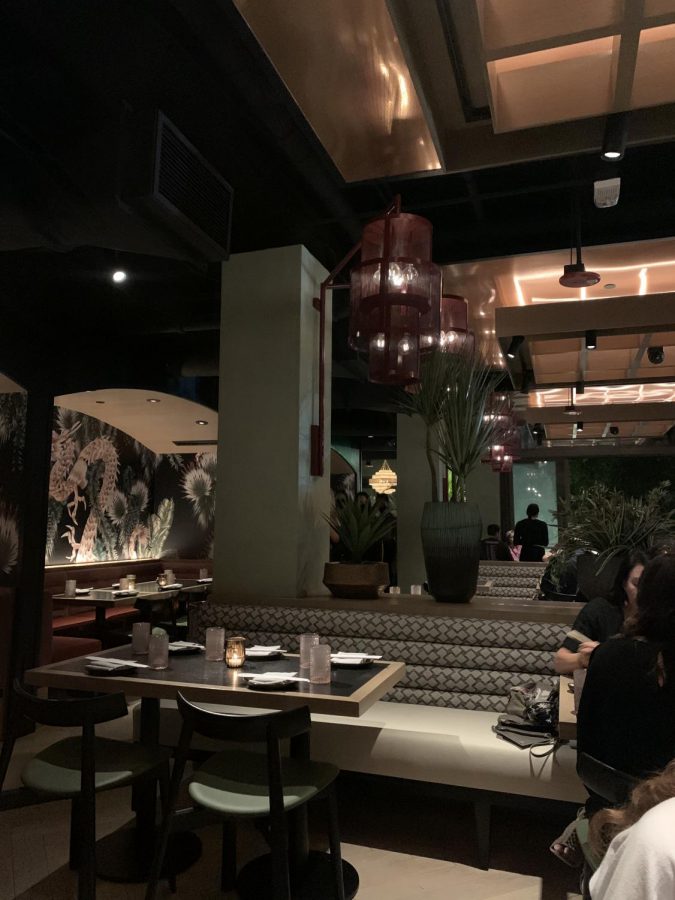 Planta Queen offers a new variety of sushi with a fresh vegan take.

Nestled in the heart of the recently opened Cocowalk Mall in Coconut Grove, Planta Queen allows customers to taste a variety of new flavors. The Asian-inspired menu, with dishes ranging from sushi to dumplings, has a twist: it is 100% vegan.

While multiple restaurants exist under the organization, designers create each one to symbolize the dishes and ambiance the restaurants have, as each menu differs. The architects of the Asian-inspired Coconut Grove restaurant, Icrave, created a 160 seat, open space layout inspired by Chinese courtyards and other architectural features found throughout Asia. Windows surround the restaurant, leaving a circulated, safe area for guests to dine.

“Especially in a pandemic, I think the open space really made me feel safe while visiting the restaurant,” Miami Palmetto Senior High junior and Planta Queen Customer Paul Yan said.

The difference between Planta Queen and its other sister restaurants is that it remains more Asian-inspired. While the Planta South Beach restaurant has vegan burgers, wraps and pizza, Planta Queen features items such as sushi and noodles.

“I was really surprised by all of the flavor in every dish I tried,” Yan said. “While not all dishes tasted exactly like their meat-based counterparts, Planta was really able to mimic the texture and pack flavor into every bite.”

Most of Planta Queen’s menu items try to imitate classic dishes one may find in a traditional sushi or Asian restaurant, such as the “Spicy Tuna Roll” and “Dragon Roll.” To imitate the texture of fish, the chefs of the restaurant use watermelon for tuna and tempura broccoli for shrimp.

To come up with the menu, the head chef of Planta Queen, David Lee, had gone plant-based for six months to understand how one ate plant-based regularly. As a result of his experience, he further understood how to prepare asian dishes with a vegan twist. The restaurant moreover fights injustice and inequality, as a portion of the proceeds from certain menu items go towards the Black Lives Matter Movement.

Planta Queen inspires new flavors and tackles the myth that vegan food cannot have flavor through its unique menu. According to the Vegetarian Resource Group, only four percent of the American population remains plant-based. As a result, the restaurant could inspire the regularity of incorporating more plant-based foods in one’s diet on a daily basis.

“The ambiance, menu and hospitality of the restaurant truly make Planta Queen a fun place to go visit,” Yan said. “I grew up eating a lot of the meat-based versions of their dishes, but the amount of flavor, even in the vegan dishes, inspired me to become more plant-based in the future.”