Troubleshooting Issues on MDCPS Day One 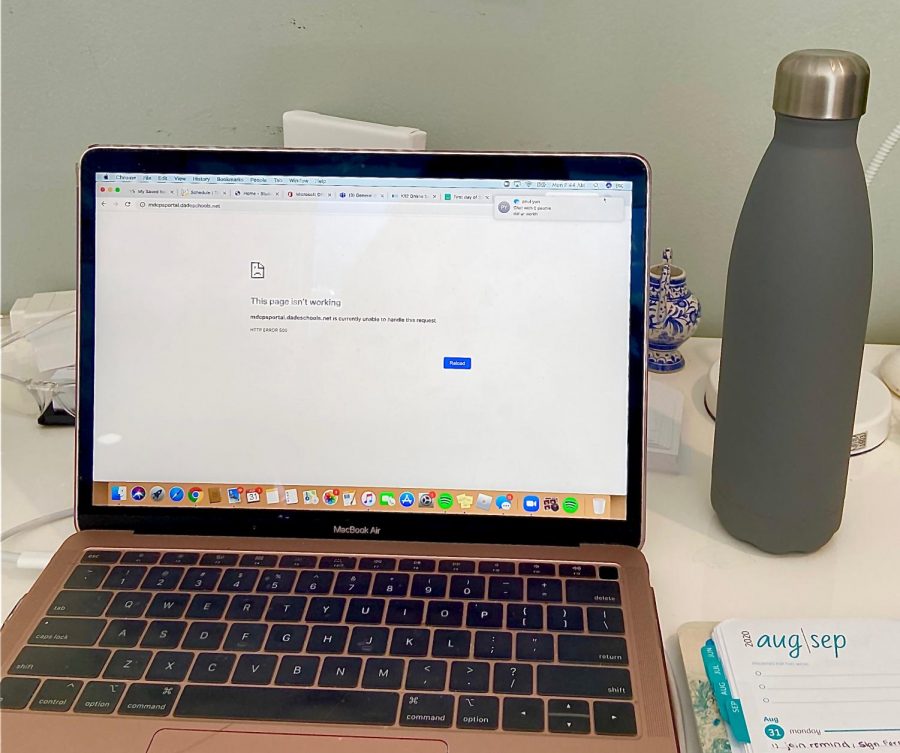 On Aug. 31, 345,000 students in Miami-Dade County began the 2020-2021 school year virtually, and while hoping for a smoothly running schedule, both students and teachers faced technical difficulties that affected their school day.

In late July, Miami-Dade Public Schools Superintendent Alberto Carvalho announced that all public schools take place virtually in response to the 17 percent Miami Dade County COVID positivity rate at the time. Carvalho also announced that all students would use a program called “My School Online,” a $15 million K-12th grade program designed as a more effective alternative to previous teaching programs such as Zoom and Microsoft Teams. My School Online offers features similar to the aforementioned programs, such as live videos and breakout rooms.

The inability to access the learning program affected many teachers, causing them to cancel classes or switch their teaching platform to different sites such as Zoom or Microsoft Teams.

Miami-Dade County Public Schools has addressed the situation, informing teachers and students through a Twitter statement that students who were unable to attend class meetings on the first day would not be penalized. Superintendent Carvahlo added that the county will work on fixing the technical difficulties with “My School Online” as soon as possible.