Tokyo Olympics 2021: How Athletes And Coaches Are Preparing 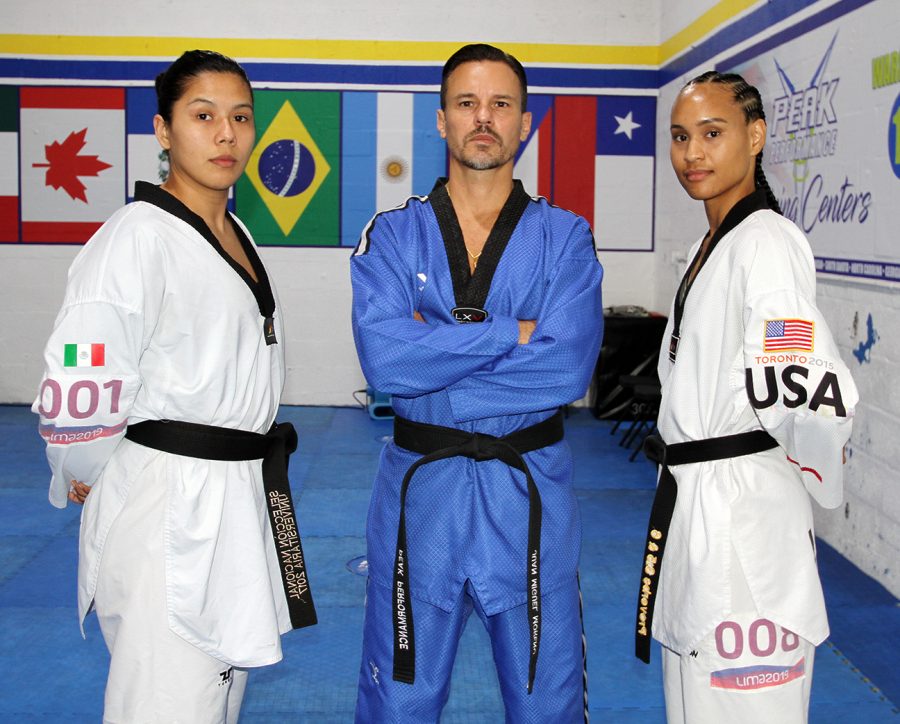 The 2021 Tokyo Olympics  became one of the many events affected by the COVID-19 outbreak.

Athletes, coaches and many athletic organizations across the world paused their athletic activities in late Mar. 2020 when the Olympic committee announced the Olympic Games would be postponed until the following year.

The question of whether the games will even be held is still in the air, as a fourth wave of COVID-19 severely hit Japan in the last several weeks. The current state of emergency in Tokyo and all of Japan has city officials and health experts pushing for the cancellation of the Games, but athletes remain hopeful.

Coach Juan Moreno, the head coach at Peak Performance Miami, trains taekwondo athletes aiming for the Olympic Games. He has had great success within the sport, as he has been on the U.S. Olympic team three times as an athlete and three times as a coach. Moreno also currently works with the Brazilian National Team training athletes and facilitating their abilities.

Many athletes strive for the Olympics because in many sports they consider it the pinnacle of an athletic career. Olympian Paige McPherson trains with Moreno at the Peak facility in South Miami and is headed to her third Olympics this summer in Tokyo.

“Just being able to have people around me that have the same mindset or even in the same situation, although we are in different parts of our journey, it’s really important,” McPherson said.

McPherson, as well as the rest of the Peak Performance Miami athletes, are surrounded by greatness. Athletes like Mexican Olympian Brisedia Acosta and American Paralympian Evan Medell train at the facility, which is one of the many pieces to Peak’s successful reputation.

Through the history of Peak Performance, Moreno has built a shared space for athletes in order for them to reach the olympics and other accomplishments within the sport. If he would not have qualified for the Olympic team in 1988, his life journey would have headed in a completely different direction.

“I mean hopefully I would’ve been successful but I wouldn’t have had the experience of traveling the world, meeting people all over the place, having friends, I mean I wouldn’t have met my wife. All these things that have shaped my life would’ve never happened. I would’ve had a different destiny,” Moreno said.

As momentous as a trip to the Olympics is, an athlete will most likely strive for another chance at the quadrennial event.

“I knew at that moment by making that team that this was something that I want to do and as soon as the first olympics was done I’m like ‘I gotta go again,’” Moreno said. “I literally was like ‘I need to go to the next one four years later’ so again everything just kind of steamrolled to the next olympics.”

Athletes, as well as coaches, plan far in advance for the Olympic games as the games may mark a turning point in many hopeful athletes’ lives.

This damper thrown onto athletes brings forth whether or not the mental aspect of sports is as crucial as the physical aspect.

“It really just comes down to that mental mindset of just staying disciplined or persevering through those hard times,” McPherson said. “I like the Mike Tyson one ‘you do what you hate and you perform as if you love it’ and discipline is everything, without it, in the slightest struggle and you quit. So it’s really important to [persevere] even throughout the ups and downs just to show up.”

Unfortunately for Olympic hopefuls, vaccine distribution in each country poses another potential problem. Although the United States seems to have vaccine distribution down in most areas of the country, a handful of countries still struggle to provide vaccines for citizens, including athletes. This has concerned some Japanese health professionals, causing controversy for the International Olympic Committee.

For example, the Tokyo Medical Practitioners Association, an organization of about 6,000 doctors, created a petition for the cancellation of the Games and garnered about 35,000 signatures in nine days.

Despite this pressure, the IOC has stated that it aims for the games to start promptly on July 23, 2021 in Tokyo, Japan.

Although these worries are still in the air, those headed to the Olympics, including McPherson, maintain their competition mentality. Discipline, perseverance and passion are just a few of the many attributes needed to reach the Olympic Games.

“Passion is part of it, but overall, you have to love the game, at the end of the day. I think in order to be successful, the hardest part is to be consistent and having that discipline in order to maintain that high performance,” McPherson said. “Because if we just think about being motivated it’s so easy to be unmotivated.”