Tips and Tricks to Maximize Your Halloween Horror Nights Experience 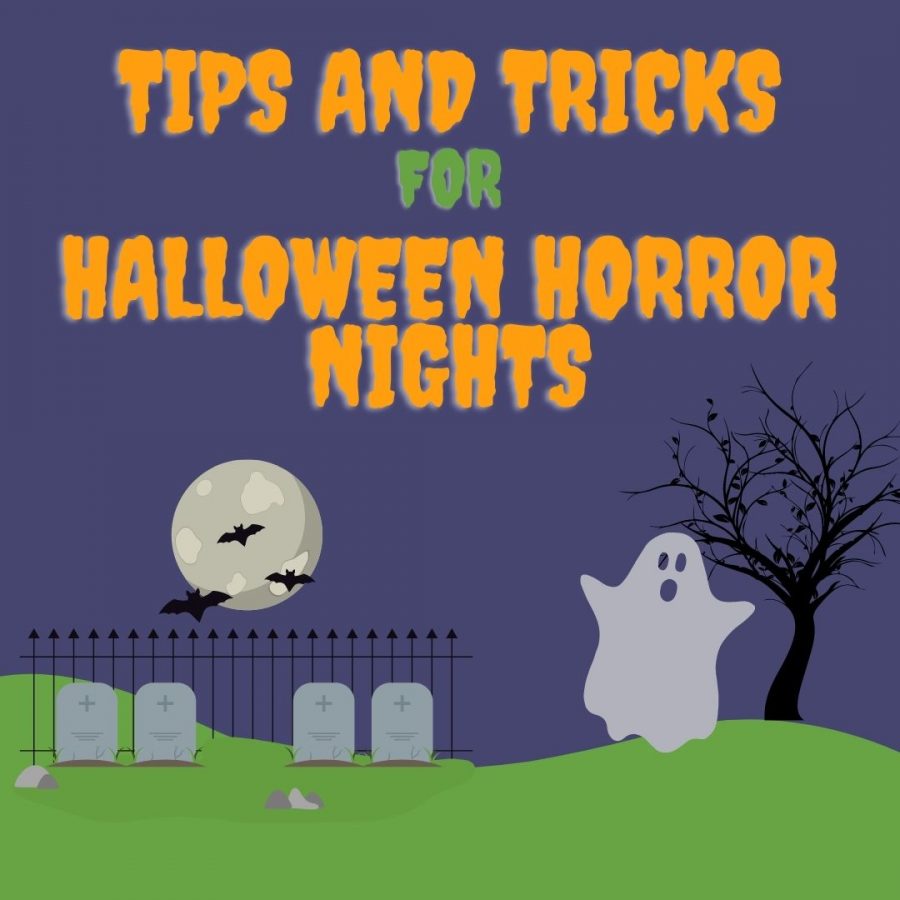 HHN’s 30-year milestone brings together tradition and history as creators build their scare zones — walking zones filled with scare actors — and haunted houses based on past icons that served as the face of the event. That being said, big crowds are expected, so one must be prepared to face their fears as best as possible to maximize their experience.

This year, Universal’s HHN features 10 haunted houses, seven of which the park created themselves: The Bride of Frankenstein Lives, HHN Icons Captures, Welcome to Scarey, Case Files Unearthed, The Wicked Growth: Realm of the Pumpkin, Puppet Theatre and Revenge of the Tooth Fairy. The other three houses are based on popular television shows and films: Netflix’s “The Haunting of Hill House,” “Beetlejuice” and “Texas Chainsaw Massacre.” Universal’s HHN website includes detailed descriptions regarding each of these houses and the stories behind their creation.

People often believe that they can use the Universal Orlando park day pass to get into HHN; however, HHN is an independently ticketed event and individuals must purchase their tickets separately. That being said, Universal Studios offers several ticket options for HHN.

First and foremost, HHN offers single-night tickets, the event’s most popular option. HHN also sets tickets at different prices depending on the day one attends; tickets start from approximately $70.99 and can become as expensive as $99.99, usually on weekends. Individuals who have a Universal Studios annual pass or want to purchase a Frequent Fear Pass, a one-time purchase to enter the event multiple times, can get their tickets for cheaper.

Given the large crowds at HHN, especially on the weekends, it is smart to think about purchasing an Express Pass, which allows one to skip the 70-minute waits one time per haunted house. However, Express Passes cost anywhere from $109.99 to $189.99 on top of one’s admission ticket, making the event more costly.

Arrive. To. Halloween. Horror. Nights. Early. One should arrive at HHN as early as possible to get through the most haunted houses. The event opens its gates at 7:00 p.m; however, large crowds often form beforehand outside of the park’s entrance, so one should arrive at least 30 minutes early to HHN to maximize the amount of haunted houses and rides one can visit.

For guests who want to visit the haunted houses immediately, Universal Studios features a “Scream Early” ticket for $30, where individuals can enter the park between 3-5 p.m. and stay inside during its transition into a spooky event. Guests inside the park can join a queue for their favorite haunted house so that they can enter it first.

HHN’s haunted houses are relatively spread out, so it is important to strategize which haunted houses one would most like to visit. HHN 30 could have its largest crowds at the Texas Chainsaw Massacre, Beetlejuice and The Haunting of Hill House houses; thus, one should aim to go into these houses first to avoid long lines later on during the event. After strategizing which house to visit first, one should work their way around the park in the order they prefer to save walking time. For more details, Universal Studios features a map of the HHN scare zones and haunted houses on their website.

This year, Universal Studios has five rides available for HHN guests: Revenge of the Mummy, Harry Potter and the Escape from Gringotts, Men in Black: Alien Attack, Transformers and the Hollywood Rip Ride Rockit.

However, one should not prioritize attractions over the stars of HHN: the haunted houses and scare zones. Aim to visit the most popular houses first before hopping on any rides during HHN.