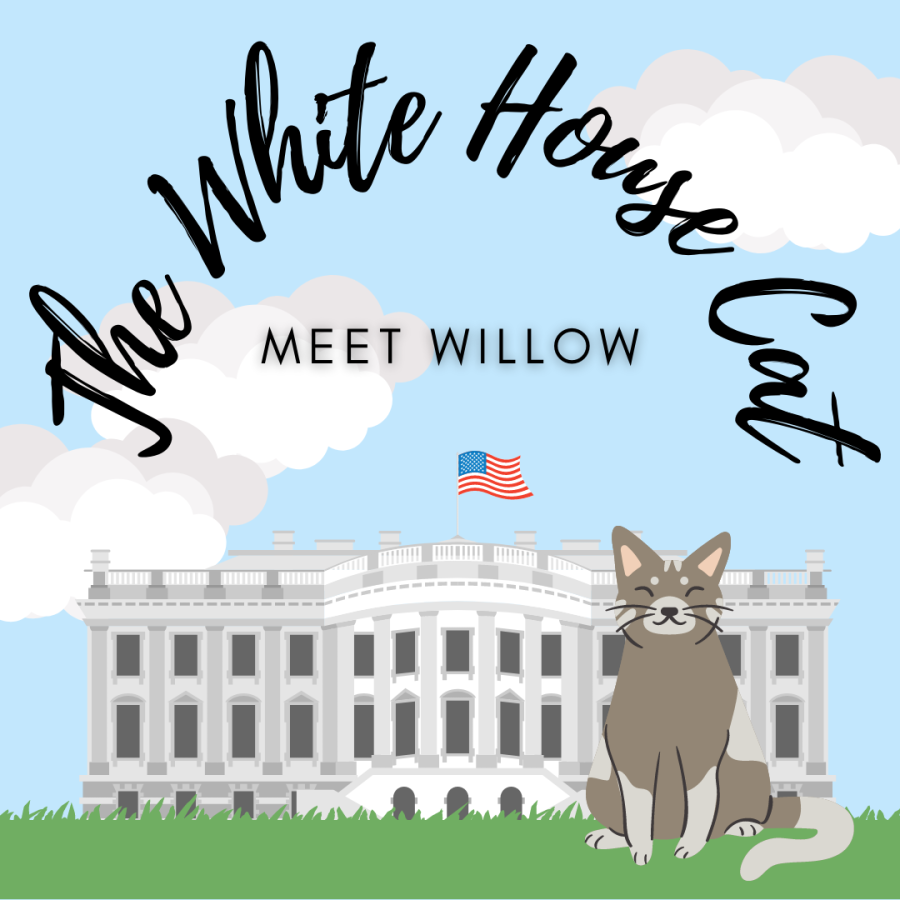 On Jan. 28, 2022, the new furry friend was announced via Twitter following the Biden’s recent addition of a German Shepard puppy, Commander, who was introduced to the White House last December. Commander, a birthday gift from the president’s brother, James and his wife Sara, came after the death of Champ, the Bidens’ 13-year-old German Shepherd who passed away in June.

Willow entered the Bidens’ life after interrupting Dr. Biden in 2020 during a campaign stop at a West Pennsylvania Farm. She had an immediate connection with the cat, one that the owner of the farm noticed.

The last cat to live in the White House was a black cat named India who belonged to George W. Bush. Before her was Socks, the black-and-white feline who belonged to the Clintons. Socks became the protagonist of an unreleased Super Nintendo game, “Socks the Cat Rocks the Hill” and could often be found inside the Oval Office. The first presidential cats, Tabby and Dixie, belonged to Abraham Lincoln and were famously fed with the White House’s gold forks.

The Bidens made the decision to move Major to a quieter environment with family friends after consulting with many trainers, animal behaviorists and veterinarians. This news comes after the three-year-old rescue dog reportedly behaved aggressively and repeatedly tried to bite individuals since his arrival in January 2021.