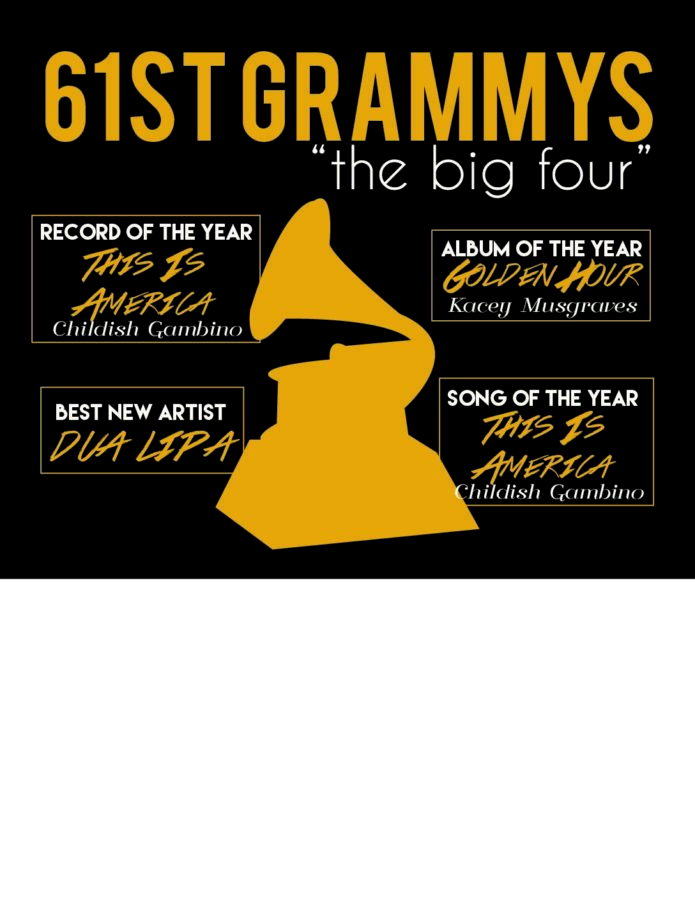 Each year, musical artists attend the most prestigious award ceremony in the recording industry, the Grammys. Despite who won what award, the show itself holds a certain importance in the music industry. This year highlighted women in the music industry, with Alicia Keys as the host, Michelle Obama making an appearance and Cardi B making history with her award. With this annual award show brings controversy and debate over who should have won what.

As the first female host in fourteen years, legendary singer Keys lived up to every expectation. Keys impressed the audience with her performance, when she played two pianos at the same time. Keys performed songs like Roberta Flack’s “Killing Me Softly With His Song,” and Kings of Leon’s “Use Somebody.” Keys’ calm hosting style defined the Grammys this year.

Alongside Lady Gaga, Jada Pinkett Smith, Jennifer Lopez and Alicia Keys, former first lady Michelle Obama made a surprise appearance. Obama discussed the importance of music in her own life, and before being drowned out by cheering, stated that music shows that everyone matters.

“When I heard that Cardi B won over Mac Miller, I understood why she would win,” senior Alejandra Uzcategui said. “But I thought it was disrespectful to invite his parents to the award show as if he had won when they knew she had won.”

This year was also the first year in history that a rap song won Song of the Year and Record of the Year. Childish Gambino won the award at the Grammys for his song “This Is America.” Although being criticized for not showing up to receive the award, the song also won best music video.