The Amazon is Burning 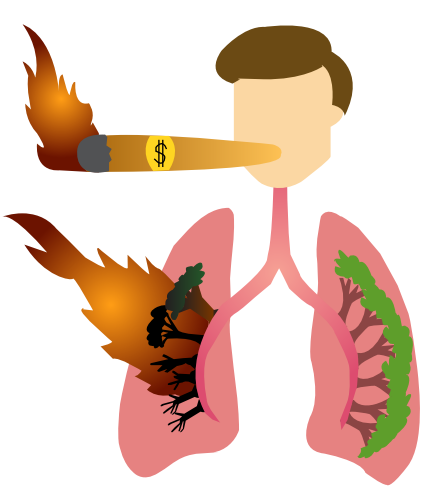 Burning for more than three weeks, the Amazon Rainforest needs saving, or one of our major oxygen sources will cease to exist. Four times the size of Alaska, the Amazon plays a key role in resisting climate change and serves as a vital carbon sink, according to the Washington Post.

On Tuesday, Brazilian President Bolsonaro’s Chief of Staff Onyx Lorenzoni, told Globo News that Brazil would reject the $22 million aid package offered to Brazil during the G7 Summit. Instead, he made the suggestion of using the money for the rehabilitation of European forests.

According to the National Institute for Space Research (INPE), the amount of fires in the Brazilian Amazon has seen an 84% increase from last year during the same period. The INPE recorded more than 80,000 fires this year, the highest on record since 2013.

Last week, global attention spilled over the Amazon fires. Between #ActForTheAmazon trending on twitter and protests spanning from Zurich with activists from the Klimaterik Ecological Movement, to Miami who held a protest outside of the Brazilian Consulate on Saturday, it seemed as if all eyes were on the topic.

“I think over the past few years people have become more aware of the role carbon sinks, like the Amazon, and understand its significance,” senior and Environmental Outreach Chair Chloe Wilson said. “The environmentally conscious feel the need to protect the Amazon, mostly through criticism of President Bolsonaro of Brazil and the circulation of photographs via the press.”

The Amazon, referred to as the “Lungs of the Planet,” generates more than 20% of the world’s oxygen according to Cnet. In other words it plays a major role in regulating the climate from drinking water to farms.

According to Thomas Lovejoy, a senior fellow at the United Nations Foundation and professor of environmental science at George Mason University, the Amazon holds around 90 billion tons of carbon dioxide.

“It is the largest tropical rainforest that we have left,” said Advanced Placement Environmental Science teacher Pamela Shlachtman. “It plays a big role in climate because with all the vegetation there you have a lot of transpiration taking place. So that impacts the water cycle. There’s a lot of gas exchange that takes place in the Amazon”.

Moreover, the Amazon houses at least 10% of the world’s known biodiversity, including endemic and endangered flora and fauna, according to World Wildlife Fund (WWF).

“The Amazon is home to a multitude of endangered and threatened species and endemic species. The Amazon is important also because frequently medicines have been found in those areas, and there’s still things that are undiscovered” said Shlachtman.

Humans use fire to clear the land for cattle ranching or soybean farming as well as mining and timber.

“You can support agriculture in the Amazon, but the soil is very, very devoid of nutrients. And they’re doing slash and burn, for how they’re getting rid of the vegetation, they’re going in and cutting everything and burning it,” said Shlachtman. “With agricultural activities, they become unsustainable because of the fact that you change it from a tropical rain forest into a savannah.”

According to Brazil’s National Institute for Space Research, Brazil lost more than 1,330 square miles of forest cover due to development since January, when President Jair Bolsonaro took office. From last year to this year, it increased by 39%, including the loss of an area equal to the size of Los Angeles in only the month of July.

“It would make me sad that my children along my bloodline, or future generations, just on Earth, could not witness that because it’s beautiful the amount of biodiversity the world has,” said sophomore and AP Environmental Science student Analysse Humaran.

According to Cnet, studies revealed that as tipping point for the Amazon nears, huge portions of the rainforest could drastically change into a much different, drier ecosystem. This would furthermore, lead to an acceleration of climate change, the loss of great biodiversity and species, as well as a mass displacement and great tragedy for the indigenous people who live in the rainforest.

According to the Washington Post, in 2004, 2005, and 2012 the Brazilian government took action to try and eliminate runaway deforestation and largely succeeded by strengthening law enforcement, protecting more lands, and penalizing countries would didn’t make an effort to reduce deforestation. During those years private companies also took initiative promising to eliminate agricultural products raised on deforested lands from their supply chain.

“At this rate, raising children in a world where they will never witness the beauty it has to offer seems more than disturbing.” said Wilson.

Several ways you can help are:

Sign Greenpeace’s petition asking the Brazilian government to save the Amazon  and protect indigenous lands
Go on Change.org petitions. One lawyer in Rio Branco has gained over 3 million signatures to begin an investigation into the Amazonian fires.
Reduce your paper and wood consumption and check with the Rainforest Alliance website that what you’re buying is considered rainforest-safe.
Reduce the amount of beef you eat. Often times beef found in processed foods and fast-food products are linked to deforestation.
Use Ecosia, a search engine that will plant a tree per every 45 searches you make.