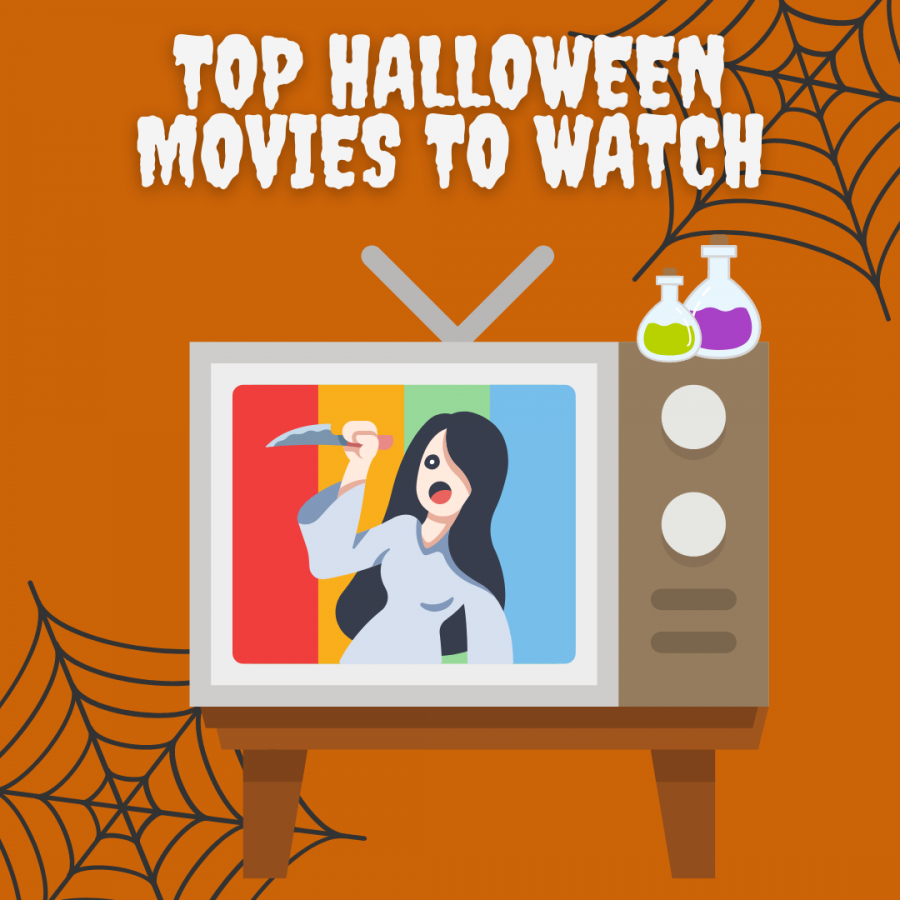 Christmas may have caroling, Valentine’s Day may have chocolates, but Halloween nights are unmistakably hallmarked with a movie night. From “Casper” to “Hocus Pocus” to “Scream,” the world of spooky films spans from the romance genre to the thriller genre. Here’s a roadmap to navigating the chilling movie realm:

When James Harvey, an “afterlife therapist,” moves into a haunted mansion in Maine, a series of events leads to a budding relationship between his teenage daughter Kat and one of the kind ghosts named Casper. Complications arise with his ghostly state and the other ghosts in the house sparking mischief and conflicting feelings.

Available to stream on Hulu, Freeform, SlingTV and FuboTV.

This movie duology follows a clever crime-fighting group of friends​​—Fred, Daphne, Shaggy, Velma and Scooby-Doo—as they venture out to solve mysterious paranormal events and catch villains. These movies bring the nostalgic cartoon series to life with an unmistakable 2000s touch that warms anyone’s heart.

Available to stream on HBO Max

This duology centers on the Addams Family—Gomez, Morticia, Pugsley, Wednesday, Uncle Fester and Grandma —a rather peculiar and mysterious assortment of characters, as they experience mundane events such as welcoming family or going to summer camp in their own unique way. The series carries the Halloween touch in everything from the music to costuming and is bound to incite laughter.

When Skyler, a typical tween, discovers she comes from a line of monster hunters on Halloween, monsters are out to stop her before she carries out her generational legacy. First released as a part of Disney Channel’s 2012 “Monstober,” this movie brims with nostalgia for GenZ youth.

When Marnie and her kids follow their grandma home, they discover that they come from a lineage of witches. Halloweentown acts as a safe haven where supernatural beings can live peacefully, embracing their unique abilities. However, this utopia is threatened when trouble peaks on Marnie’s 13th birthday with a fight to stop the nearing end of the world.

When a scientist dies, he leaves one of his creations, an animated human being named Edward, unfinished. He leaves him with a freakish appearance— featuring scissors as hands. His kindness and artistic talent is highlighted when a loving suburban saleswoman, Peg, welcomes him into her house and a budding romance arises between him and Peg’s teenage daughter.

Teenager Max, his sister Dani and their new friend Alison unleash a coven of evil witches whom they must stop from becoming immortal with the help of a magical cat. Follow this nostalgic trio as they set off to save Salem with iconic songs such as “I Put a Spell on You.”

Available to stream on Disney+.

This five-movie saga follows teenage girl Bella as she moves in with her father Charlie to Forks, Oregon, and finds herself surrounded by vampires and werewolves. The blue tones displayed on screen, coupled with the iconic soundtrack and the beautiful Oregon set give the series a fall feeling perfect for Halloween.

Available to stream on Netflix

When a vindictive boyfriend dies unexpectedly, his girlfriend and her sister, who secretly come from a family of witchcraft, must take a crash course in the magic they avoided their whole lives. On a time-crunch against a growingly suspicious policeman, they accidentally inject an evil spirit into the body that they must stop.

Available to stream on FuboTV.

Best friends Needy, a nerdy and socially awkward teen and Jennifer, a popular cheerleader,  are challenged when a demon takes possession of Jennifer. To maintain her youthful glow, Jennifer develops an appetite for the school’s male population. When Needy discovers something is wrong with her childhood friend, she vows to stop the chaos.

This romantic-horror trilogy takes place in reverse chronological order uncovering the roots of betrayal and manipulation between the ill-fated Shadysville town and utopic Sunnyside town. Following three generations of characters in the 1990s, 1970s and 1600s, this trilogy is packed with clever references to movies such as “Scream” and “Halloween” creating a horror masterpiece for a new generation.

Available to stream on Netflix.

When teenage girl Carrie, who faces constant humiliation and mocking in school and abuse from her pious mother at home, discovers she might have supernatural powers she begins wanting more than her sheltered life. Tommy, an empathetic boy, invites her to the school prom, but what was supposed to be the perfect night turns into one full of carnage and violence.

Available to stream on Amazon Prime Video, FuboTV and SlingTV.

Couple Brad and Janet are thrust into a world of curiosity and peculiar characters when they venture into the mansion of eerie scientist Frank-N-Furter. Packed with catchy songs and elaborate dances, this cult classic is a Halloween staple.

Available to stream on Hulu and Amazon Prime Video.

A killer dressed in a ghostface mask targets teenage girl Sydney a year after her mother’s death. Trying to manipulate her, the killer taunts her using her friends in a deadly game.

Available to stream on SlingTV and FuboTV.

When crime novelist Harlan mysteriously dies, Detective Blanc must uncover the truth from the deep-seated lies and deception within the Thrombey family to discover the truth. Through shifting points of view, this movie leaves viewers on the edge of their seats.