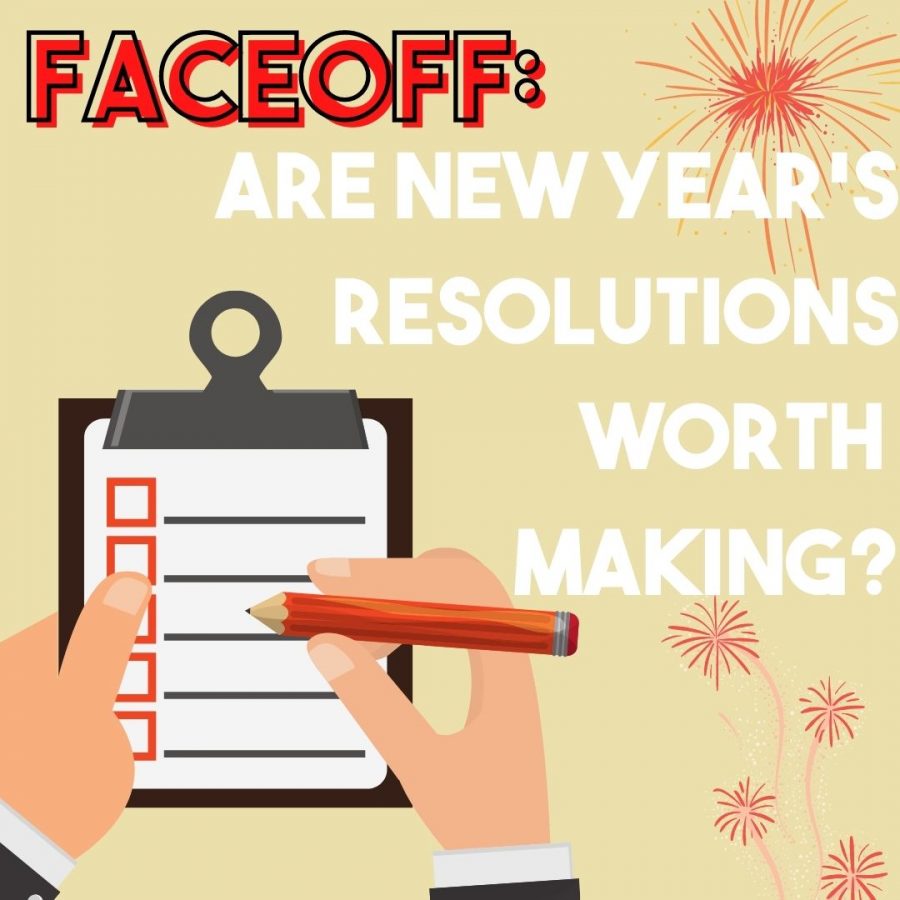 Every year, nearly two-thirds of Americans — or about 200 million people — make New Year’s resolutions. However, according to Statista, 96% of those resolutions end in failure. So why bother?

Despite the odds, there are a few reasons why it is important to continue making New Year’s resolutions. For one, by not making a resolution and conceding defeat, you start off the year on a pessimistic, negative foot; you simply give up before even trying. Regardless of whether you think you can succeed, it is important to at least give it a shot. And who knows — maybe you are part of that 4% who fulfill their resolutions. However, you will never find out unless you at least make an attempt.

Additionally, even though you might not succeed in the traditional sense (by following through until the end of the year), you can still reap the rewards from whatever you accomplish in the beginning. For example, say you have resolved to work out every day for an hour. You manage to do this until August; then, you get busy with the start of school. Even though you “failed” by not making it to Dec. 31, you still benefited from all the exercises you did through August. Without a New Year’s resolution, exercise may have not crossed your mind at all.

While the vast majority of Americans do not follow through on their resolutions, you do not have to be one of them. First and foremost, make sure your resolution is realistic. Although you might dream of owning a house, car, boat and pet tiger by the end of the year, chances are, this goal is going to be pretty difficult to attain. Be realistic with yourself, and avoid setting the bar too high; it can lead to discouragement.

It is also important to consider the type of resolution you are making. According to Business Insider, three common issues with resolutions include: they are not specific enough, they are not framed positively or they are not an accurate reflection of your goals. When resolutions are worded too vaguely — when there is nothing specific to keep you accountable — it is much easier to abandon them because it is unclear what, exactly, you are abandoning. By specifying exactly what you plan to do — for example, reading a book for 20 minutes each day — it becomes easier to measure your progress throughout the year.

It is also important to consider how you frame your resolutions. Does it come across as an attack on your current way of life? For example, “I will stop impulse buying” is a reasonable resolution, but not only is it a constant reminder that you spent too much money, but it also reminds you of the very act you are trying to avoid. Spinning a resolution in a more positive light — “I will only make purchases after I think about it for two days” — can be extremely helpful.

Lastly, if you make a resolution because it is trendy or in pursuit of meeting some societal standard, pause and consider what you truly want. Do you want to lose weight because society tells you that is what you should do? Or do you want to lose weight for your own benefit? Resolutions can be much easier to accomplish if you feel internally motivated to follow through.

So, even though New Year’s resolutions do not have the highest success rate, make one for 2022 anyway. They are a forward-thinking way of starting off the year, and with the right resolution, you could absolutely fulfill it.

No (PY)
While New Year’s resolutions may not be inherently bad, they are pointless. Placing unrealistic goals on yourself at the beginning of each year creates a sense of pressure that can do more harm than good. The whole concept behind a New Year’s resolution means the goals are unattainable and ineffective.

There is no need to hold oneself to the unrealistic standards of New Year’s resolutions; however, that does not mean all forms of goals are unnecessary. An alternative to the dreadful New Year’s resolution is setting short-term, attainable goals in contrast to year-long, idealistic goals.

Obtainability is another key factor. Many New Year’s resolutions are far-fetched and cannot be measured. When creating a goal, it is crucial to understand and respect personal limits. Additionally, make sure the goal is measurable. This way, it becomes easier to hold a sense of accountability and efficiently track one’s progress.

For example, if an individual is struggling with a math class, they can set a short-term goal to see a tutor and do extra practice problems. The goal addresses a timely issue and is attainable and measurable. Compare this to a New Year’s resolution of “I will study hard.” The goal is overly general and can not be measured. In comparison, the short-term goal is much more specific and efficient.