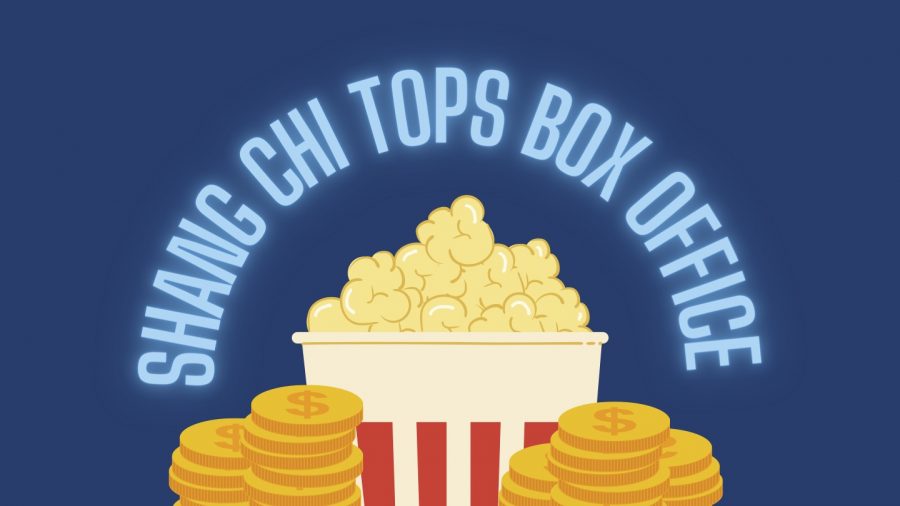 Marvel Studio’s latest release, “Shang–Chi and the Legend of the Ten Rings,” topped the domestic box office for the second Friday in a row last week.

Earning $29.5 million on opening day, “Shang-Chi” — starring Simu Liu and Awkwafina — plays out like a typical Marvel film. The 67% drop to $9.7 million in earnings over the past two weeks can be attributed to the release of older Marvel movies like,  “Ant-Man,” “Captain America: The Winter Soldier,” and “Captain Marvel.”

The movie’s $119.5 million domestic total earned $35.8 million during its second weekend in theatres, which again places Shang–Chi in the domain of big Marvel movies. According to Forbes, that 56% drop from debut would place the film on par with preceding Labor Day openers such as “Jeepers Creepers 2” and “Transporter 2.”

In terms of more recent releases, the movie has notably held up better than “Black Widow,” Marvel Studios’ recent comic book adaptation starring Scarlett Johansson; “Black Widow” plummeted about 70% during the current streaming time. The movie’s release came earlier in the summer, available on Disney Plus for $30 as well as in theatres. “Shang–Chi” has only been shown in theatres.

Globally, however, “Shang–Chi and the Legend of the Ten Rings” has since surpassed the $250 million mark, already becoming the fourth-highest grossing film of 2021.

With Liu and Awkwafina starring as the main characters in “Shang-Chi,” the film has set the precedent for Asian representation in the Marvel Cinematic Universe. Liu has made his mark as Marvel’s first Asian lead, causing the movie to become such a box office success. This has also opened up more opportunities for Marvel to continue incorporating diversity into upcoming MCU projects.

As the film faced little notable competition, “Shang–Chi” found no trouble dominating the domestic charts. If the film keeps up this same strength in international theatres, it could easily be a contender for this year’s biggest earner.