Senior softball player excels on and off the field 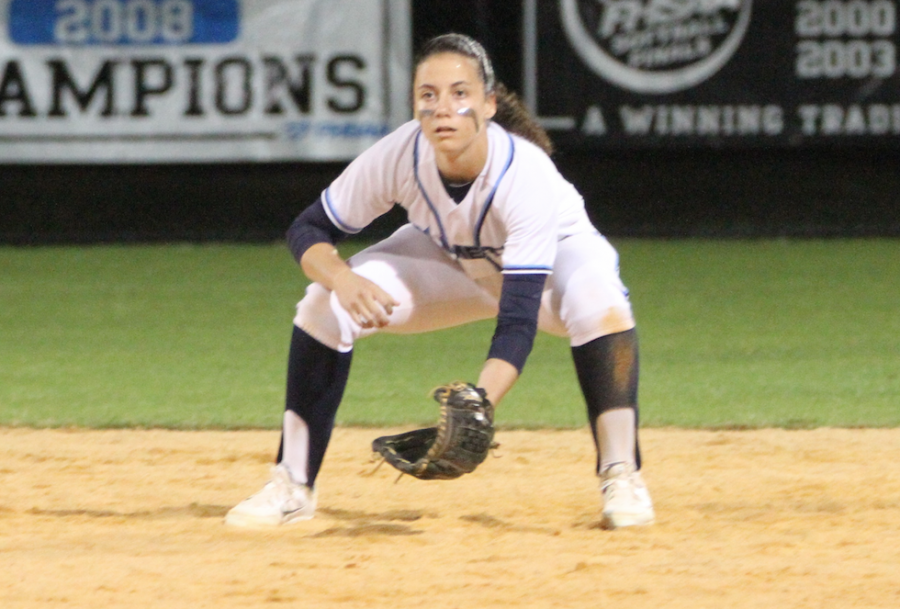 The girls softball team has its share of great players, but players like senior Christina Vincent stand out. For the past eight years, she’s played softball.

“I tried a bunch of different sports when I was 10,” Christina Vincent said. “My neighbor signed up to try softball, so my parents signed my sister and myself up too and I fell in love with it.”

Vincent played on the Miami Stingrays travel softball team until eighth grade. There, she played in the infield at second and third base. She also played on the varsity softball team for three out of her four years as a student. She is on the team now as a senior.

When not on the softball field, she plays for the school bowling team and writes.

“I always kind of liked writing so I decided to take a creative writing class and ended up loving it,” Vincent said.

She entered her piece “Guitar Case,” into the Florida State Poets Association this year. As a winner, her poem was published.

Christina attributes some of her success on the softball field and in the classroom to her twin sister Alyssa, who kept her competitive and on her toes throughout their softball playing days.

“We’ve always played on the same team both school wise and softball wise,” Vincent said. “I think just having her there along the way has made me more competitive and made me want to do better.”

Vincent is approaching the end of her final season on the softball team. The team, which holds a 23-2-1 win-loss record, ranks 29 in the state according to high school sports website maxpreps.com.

“I will miss my teammates for sure,” Vincent said. “With practices and games, you start spending every day with each other and there is just a special bond. I love them all and I couldn’t have had a better experience with the people I’ve played with.”

Vincent will attend the Florida State University in the fall. She plans to study biology and possibly play softball for the school’s club team.

“The plan right now is to be a pediatrician,” Vincent said. “I’ve always wanted a career where I would help people, and being able to influence children and become a trusting figure in their lives would be really fulfilling.”