Remembering Sophia Lambert, a Bright Light to All 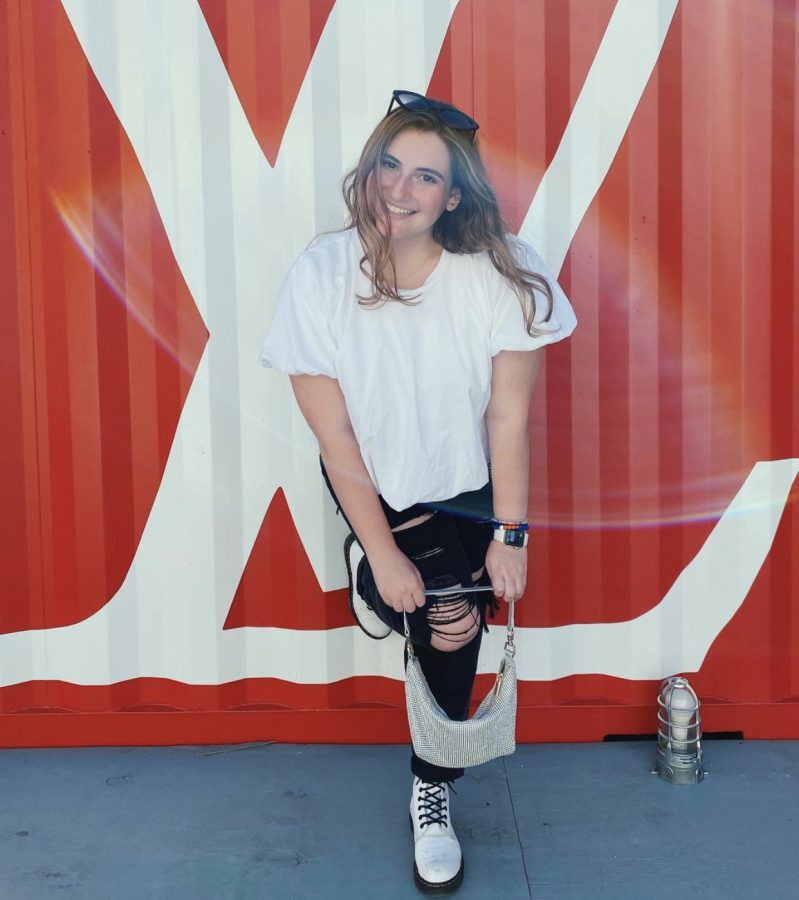 Miami Palmetto Senior High School graduate and University of Florida freshman Sophia Lambert was known for her beautiful smile, loving spirit and hardworking attitude. Most of all, Sophia made it a point to make memories with the people around her.

“She was always super outgoing, and she would always live in the moment; if anyone ever asked her to hang out and do anything, she was always down to do it,” Palmetto alumni Maddie Abella said. “It could be going out to eat, or driving around and singing to people, she always just wanted to be with her friends and her family… and everyone that she loved.”

On Jan. 16, Sophia passed away after she and four of her friends were hit by a car while standing on the sidewalk on University Avenue in Gainesville. This tragedy is not the first; in December, a car struck and killed UF student Maggie Paxton in the same area.

In light of these events, several petitions have circled calling for greater traffic safety at UF, specifically at University Avenue where the accidents occurred.

Only 18 years old at the time of her passing, Sophia made a difference in all of the many lives she touched. Sophia was famous for her hugs and affectionate attitude, something those who came across her testify to constantly.

“The biggest thing she taught me was just to love, because I personally am not a very touchy person, but Sophia was,” Palmetto sophomore and Sophia’s sister Abbie Lambert said. “She just taught me to always give more hugs, and I think that was a really big thing for her.”

Palmetto senior Seth Kessler continued: “When Sophia found out I got into my dream school, she literally ran up to me and gave me the best hug I’ve ever gotten, because she was so happy for me. That’s a testament to her great character and a moment I’ll definitely never forget.”

“It was really important to her that everyone knew how much she actually loved them. She took it very seriously that she told people that she loved them every single day, multiple times a day, even if it was just a random ‘I love you so much’ text,” Sydney said.

At Palmetto, she involved herself across the board, spreading her positivity and light throughout the Miami community.

As a member of Palmetto’s Student Council, she served as a Special Events Chair, the Senator job tasked with planning events such as homecoming and prom for the entire school. Sophia joined The Palm Echo yearbook her senior year as an academics editor.

In Palmetto’s drama department, she participated in musicals such as “Merrily We Roll Along” and “The Drowsy Chaperone.” Fellow thespians described her as the “first to volunteer for anything” in their Instagram statement.

Sophia was also Temple Judea’s JTY President. She took pride in her Jewish heritage, and volunteered as a camp counselor for Camp Jenny. Dedicating her days to spreading positivity to underprivileged children, Sophia made a difference at Camp Jenny not because she had to, but because she wanted to. Sophia’s friends and family have organized a donation drive to Camp Jenny in Sophia’s honor, which has already raised over $15,000 in the first few days since its creation. To donate, click here.

“Sophia was this bright light that never stopped shining,” Palmetto alumni and UF freshman Mackenzie Farkas said. “She had a gift with children and she was just drawn to them.”

As Sophia made the move to UF, she took her interests and applied them. Sophia majored in theater, a passion she fostered in her high school years. After only a semester, Sophia had already gotten actively involved in her sorority, Delta Phi Epsilon. She also advocated the importance of voting at UF during the 2020 election, as issues in the world were very important to her.

“She was always very outspoken about what she believed, whether it was politically or socially, with her friends or with her family, and she didn’t silence herself, even if it was easier to stay quiet in situations,” Palmetto alumni Gwyneth Williams said. “She learned over time how important her voice was.”

“Her saying ‘do good’ is true, because that’s how she lived her life, and she taught me to do good,” Farkas said. “She helped bring me into Judaism at UF and we helped each other get out there and get involved as much as we could.”

Friends and family have come together to honor Sophia’s memory.

“She was completely oblivious to how many people loved her, and how deeply she was loved, because she didn’t realize how much of an impact she made on everyone,” Abbie said. “She was probably the best person I knew.”

Several of Sophia’s friends remember her ability to pick up on their emotions and attempt to help them as best she could.

“At sleepaway camp the summer going into tenth grade, she saw how my mental health had declined without me having to tell her. She pulled me aside and told me some things I needed to hear, and because of her I started to see a therapist again and get the help I needed,” Palmetto alumni Olivia Solomon said. “It is because of her that I am in the place I am right now.”

“I think the biggest thing that Sophia taught me was to talk to my friends more, or my family about what’s actually going on in my life,” Palmetto alumni Emily Veguilla said. “She was a huge advocate of just talking to people and being there for people.”

Palmetto alumni Camila Guerrero continued: “Sophia was the one person that I could truly open myself up to 100%, and she just taught me how to really be in touch with my emotions and be vulnerable with myself and my friends and close family.”

Describing her as an incredible friend, a loving sister and a dedicated member of her many different communities, those who knew Sophia have no shortage of amazing things to say about her and the impact she made on their lives.

“A lesson that Sophia taught me was that even though some people don’t deserve the kindness, you always have to kill people with kindness,” Palmetto alumni Mariano Gama said.

“Sophia was genuinely the most caring and thoughtful person ever. She was always looking out for me like I was one of her little sisters, and she was just the best, like really, really the best,” Palmetto sophomore Ali Shapiro said.

“Sophia is and always will be the most happy, special, loving girl that I have ever met on this planet. She never ever let any judgements or any negativity or any sadness stop her from living her life and meeting people who would make a difference in her life,” Palmetto alumni and UF freshman Joanna Salvat said. “Everyone she encountered and everyone she ever hugged, spoke to, smiled at or looked at was impacted in the most positive way possible. I would never trade any encounter, experience, conversation, hug or anything with her for the world.”