PS5 vs Xbox Series X: Which One is Better? 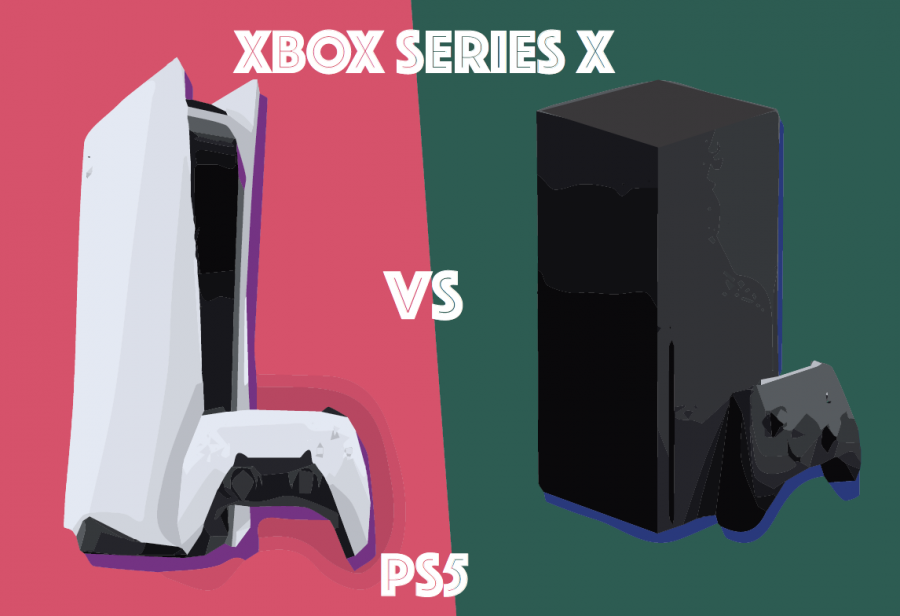 Playstation and Xbox players have had disagreements for decades, deciding which console has superiority. According to a 2020 survey, about half of all gamers can agree that Sony’s new Playstation Five beats the Xbox Series X in most categories.

Both consoles cost around $500, with a digital version that removes the disc holder for a cheaper price. This digital Playstation Five costs about $400, while the Xbox Series X costs about $300. While the $100 discount seems like a hefty difference, this does not affect the people who buy the standard consoles.

With the reveal of the Playstation Five, Sony also introduced the release of a lot of highly-desired games. These games include: Spider-Man: Miles Morales, God Of War: Ragnarok, Astro’s Playroom, Godfall, Demon Souls and many more to come.

Among the big boosts the Playstation Five received includes a 36 compute unit GPU — a graphics processing unit which allows video games to run with good visuals — while the Xbox has a GPU with a 52 compute unit and a 1.5x boost in graphics power. This means that the Playstation has great graphics. However, the Xbox has availability to a higher graphics card, which allows video games to run smoother and look better.

Microsoft’s consistency with their graphics come off as sub-par, as their games fluctuate in quality level.

Both consoles have already gone up for pre-order and release in stores in early November. The Playstation sold out in 30 minutes on pre-order, while the Xbox sold out a while after the release still in the first 24 hours.

Sony’s Playstations have also had a history of selling exceptionally well as they do not release as many consoles. The buildup of excitement when a console releases forces the buyer to spend as much money as necessary in order to get the console.

No matter which console wins, gamers all want the same thing, which is to have fun and pass time.