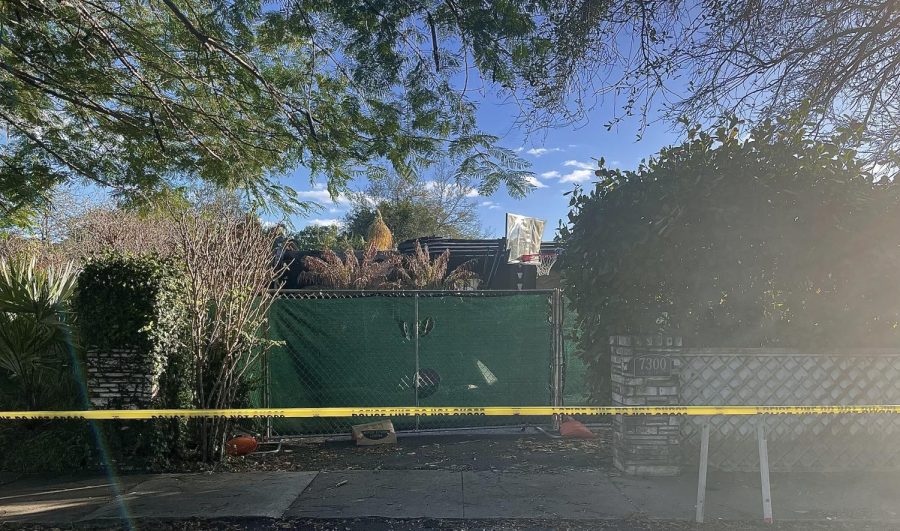 The exterior view of the aftermath of the fire’s damage to the house.

On the night of Dec. 31, 2021 a fire broke out at a Pinecrest home on the corner of 73rd Avenue and 120th Street, just a few blocks away from Miami Palmetto Senior High.

The house was unoccupied at the time of the fire. Around 11:30 p.m., Pinecrest Police Officer Javier Santos conducted a routine patrol of the neighborhood and came upon the fire before it was actually reported.

“As Officer Santos was patrolling in the area, he came across several people standing in front of a residence, and as he came closer, he realized that there was a residential fire,” Ivan J. Osores, Pinecrest Police Captain, Administrative Division said. “Almost simultaneously as he’s relaying this information to our dispatch center, we received contact through dispatch of the fire from neighbors.”

Firefighters promptly responded to the scene alongside police officers who aided in evacuating neighbors.

“The first thing we do is contain the scene using patrol cars, crime scene tape and redirecting traffic,” Osores said. “We had six officers respond to that area once they assisted with blocking off streets, knocking on doors, [and] making sure people are aware of the threat evacuating the area.”

The Miami-Dade Fire Rescue announced the all-clear at 4:25 a.m, allowing neighbors to return back to their homes.

Since then, neighbors have put together a collection drive to support the former occupants of the home: Nicole and Danny Leder, as well as their three children who attend Palmetto Elementary.

“Hello Neighbors, we are asking for your support for the Leder family who lost their home to a fire on New Years Eve,” neighbor Lizzete Valenzuela shared on Facebook. “A table has been set up at 73 Ave and 120th Street to receive your generous donations. Childrens clothing, school supplies, gift cards or grocery cards are needed initially. Thank you [and] God bless you.”

Members of the community can also send gift cards directly to the Leder family to [email protected].

Miami-Dade Fire Rescue has yet to reveal the cause of the fire. However, fire investigators said two vehicles caught fire, causingthe flames spread to the roof of the house.

“We are keeping a police car next to the scene of the fire as a deterrent. We’ve not been instructed to remove the caution tape surrounding the house yet,” Osores said. “Things are still being investigated.”