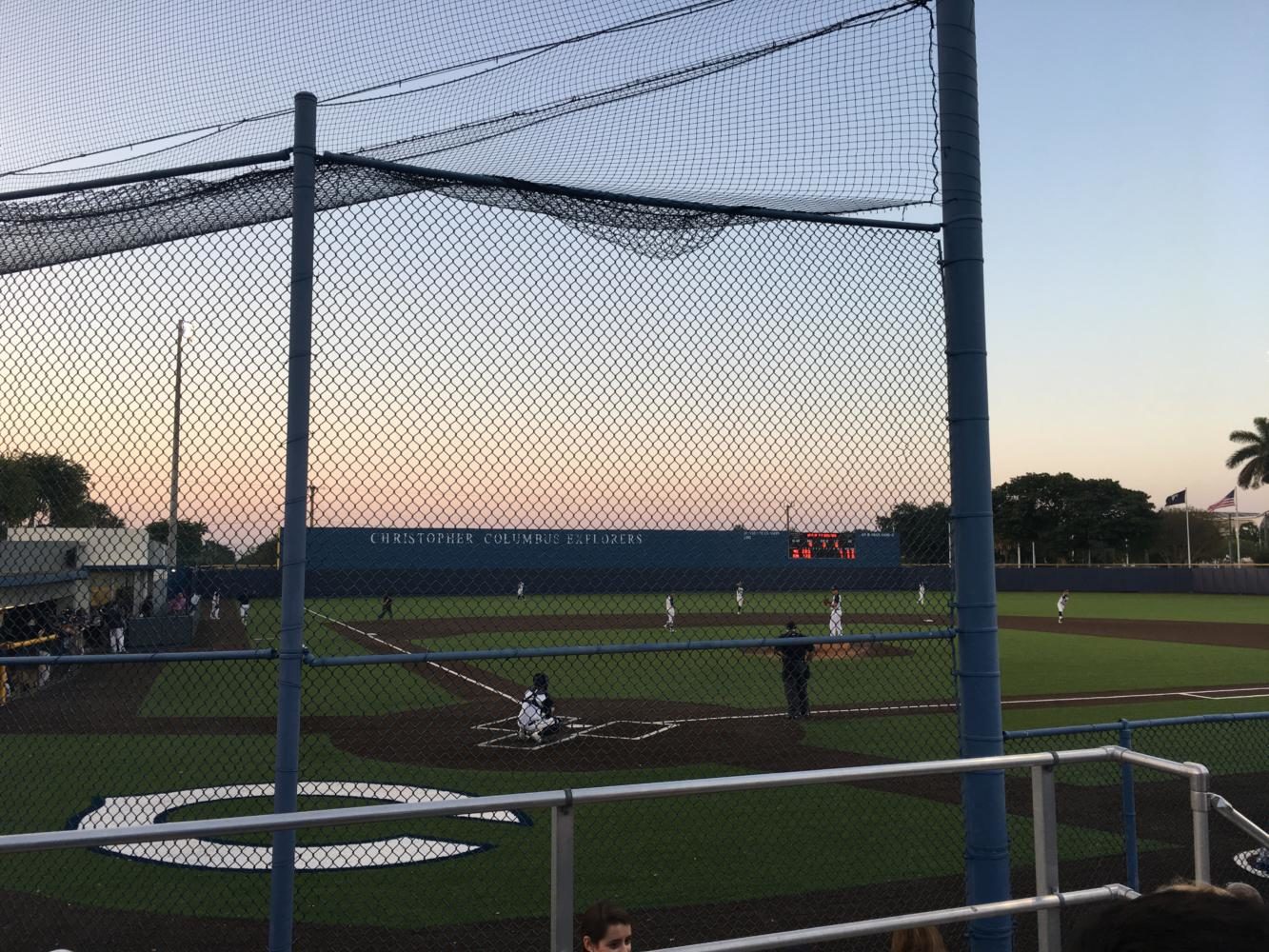 The Palmetto Panthers defeated the Columbus Explorers yesterday with a score of 4-1 with help from Matt Turner’s complete game, Nick Deegan’s RBI that scored Aramis Toledo and a two run RBI by Cody Tate. The Panthers will now move onto the Regional Semifinals where they will take on South Dade at South Dade, on Tuesday night. This game should be especially tough, considering that South Dade has beat Palmetto already.
“The energy at the game last night was absolutely amazing,” sophomore Joe Largo said. “That was one of the better games we have had and the intensity was like a World Series Game seven.”
This intensity was shown from some well played baseball on the field by players such as Matt Turner. Matt Turner has received offers to play in the MLB from around twelve different teams such as the Miami Marlins, New York Yankees, Cleveland Indians, Chicago White Sox, Arizona Diamondbacks and Colorado Rockies.
“Credit has to be given to Matt Turner for pitching seven innings and 122 pitches,” sophomore Rodrigo Alea said. “It was one amazing game.”
Four year senior, Matt Turner, believes that the Panthers have the ability to beat South Dade if they bring it and do what he knows they can do.
“We have been able to get many more players and much of the team has been together since childhood playing baseball,” senior Matt Turner said. “We are a very tight knit team with tons of chemistry.”
The Panthers are going into Tuesday night’s elimination game with a clean slate. Nothing else that happened previously before this game matters and you can be sure that everything will be left on the field. Turner and other seniors hope to not see their high school baseball careers come to an abrupt ending. Make sure you go out on Tuesday night to South Dade (time is TBA) for what could be called one of the best games of the season.