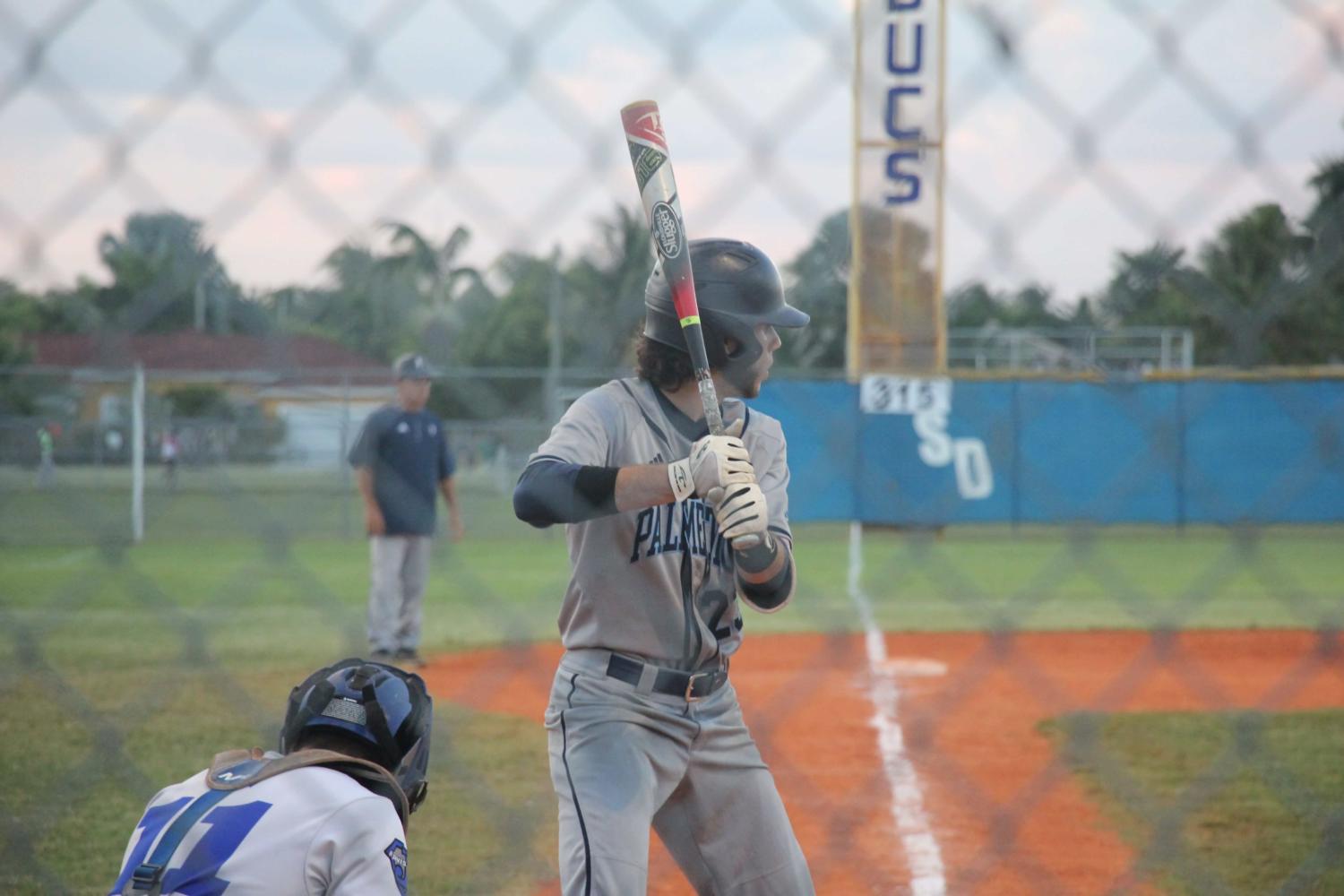 After yet another amazing game, the Panther baseball team moved on to the Regional Finals against Coral Gables Senior High on Tuesday.

The Panthers defeated South Dade after being down 3-0 through the first two innings. Palmetto stormed back to take a 4-3 lead thanks to an RBI by Panther Nick LaBrada and a sacrifice fly by Eddie Arteaga. In the top of the sixth inning the lights went out in the stadium but this event was not the result of a power outage, considering that the scoreboard was still working. When the lights came back on, the Panthers did not slow down and Eddie Arteaga hit a double which allowed for all three base runners to score and the Panthers to take an 8-3 lead and win the game.

The starting pitcher for Palmetto, Jake Sheeder, took the place of Andrew Schreiber who was supposed to pitch last night but was pulled by the coaching staff for violation of team rules at practice on Monday. Sheeder settled down after a tough start and pitched until the fifth inning when Ryan MacInnes came in to close out the game. MacInnes held South Dade to one hit and got the last seven outs.

Much of the victory can be attributed to the Palmetto students that make themselves heard at every single game.

“The students section was crazy,” junior Ryan MacInnes said. “They definitely changed the game for us and it was one of the best atmospheres that I have ever pitched in.”

The success of the Panthers relies on the support from fans and the team would love to see every student in Palmetto fill the student section. Every loud voice counts and makes the difference.

“It is the biggest game of the year by far and the atmosphere will be crazy. Everyone should be there,” MacInnes said.

The Panthers will face Coral Gables Senior High on Tuesday for the chance to advance to states and compete for a state championship title. The Columbus Explorers won the state championship last year, a team the Panthers knocked out in the Regional Quarterfinals. Make sure you mark your calendars for Tuesday to go out and support the tean.