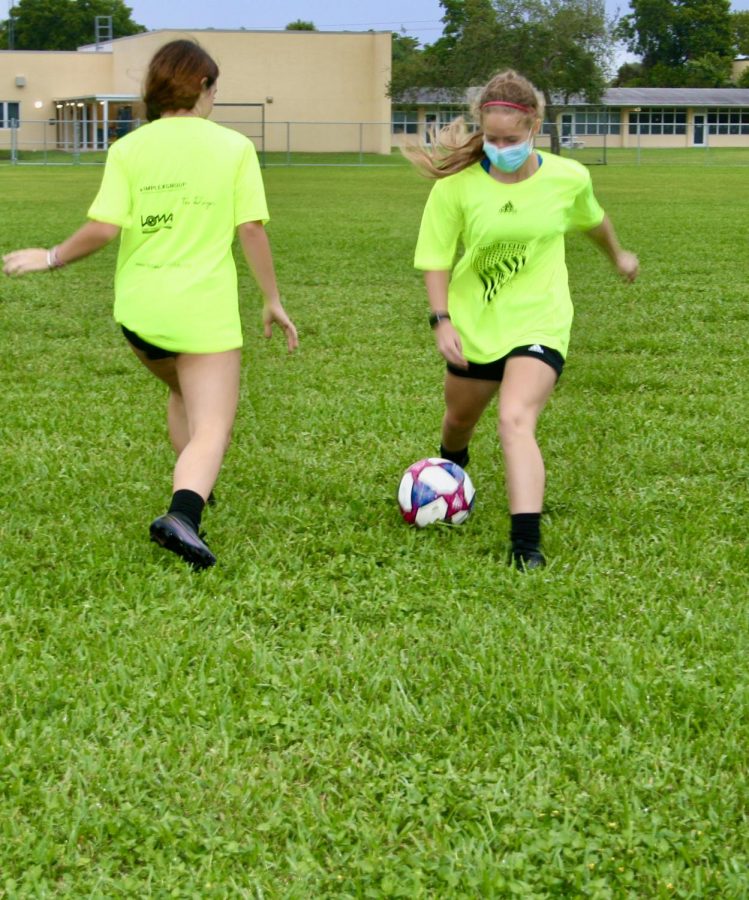 Tryouts for several Palmetto sports teams are coming up in the next few weeks.

Regardless of the team, pre-tryout requirements remain the same for all student-athletes. Students must complete all paperwork and mandatory National Federation Of State Highschool Association courses prior to any conditioning or tryout sessions. Once completed, the athletic office must approve all forms and documents.

Due to COVID-19, all dates set for tryout, practices, conditioning and games are subject to change.

The head girls’ basketball coach, Donovan Martin, plans to host conditioning practices in McKinney’s gym from Nov. 2 to Nov. 15. Tryouts start on Nov. 16 and last through Nov. 18, but the dates are not official. All tryouts typically run for two to three days. The game season officially starts on Dec. 3 and Martin hopes to finish this upcoming season with a district championship.

“These are a special group of girls … most of them are dual-sport athletes so that means they give more and practice more. We have a good chance of winning [districts] again and I would love to have more girls come out and be a part of this great program,” Martin said.

Boys’ basketball tryouts start at 6 p.m. on Nov. 16, along with conditioning prior to tryouts for returning varsity players. The basketball season starts on Dec. 2 with an away game against Holmes Braddock Senior High School, as well as the first home game on Dec. 3 against Coral Reef Senior High School. Coach Alejandro Ordoqui explained that the basketball season lasts for 25 games with district playoffs starting on Feb. 9 and state playoffs in March.

“It is my first year as the Head Coach at Palmetto and we are looking to set the culture for the program for years to come. Our goal is to win a district championship and put ourselves in position to make a deep run in the state playoffs,” Ordoqui said.

The girls’ soccer team starts conditioning practices at 3:30 p.m. on Nov. 2 and head coach Alex Castro plans to run sessions until the 12th. Conditioning the week of Nov. 9 through Nov. 12 starts at 3:30 p.m. and ends at 5:00 p.m. These practices before tryouts are not required but highly recommended. Official tryouts start on Nov. 19 at the Palmetto field and the game season kicks off on Dec. 3.

The boys’ soccer team begins conditioning on Nov. 2  and the head coach, Deigo Rios, plans to continue hosting practices until tryouts on Nov. 18. The soccer team looks forward to the upcoming season and hopes to make it to the playoff games.

“Boys soccer is looking to continue building a strong and respected program. We should compete for the District and GMAC titles and look to make a run into the Playoffs,” assistant coach Patrick Larco said.

Head coach Anthony Fedelle starts wrestling conditioning in early November and tryouts for both the girls and boys team on Nov. 18. The match season begins in early December and runs through late January.

Nevertheless, all the coaches ask for one thing: for students to play their best and display their abilities at the upcoming tryouts.

“Just be ready to compete and give it their best. We will have several kids make the teams from tryouts and we will be giving students every opportunity to display if they should be making the team,” Ordoqui said.