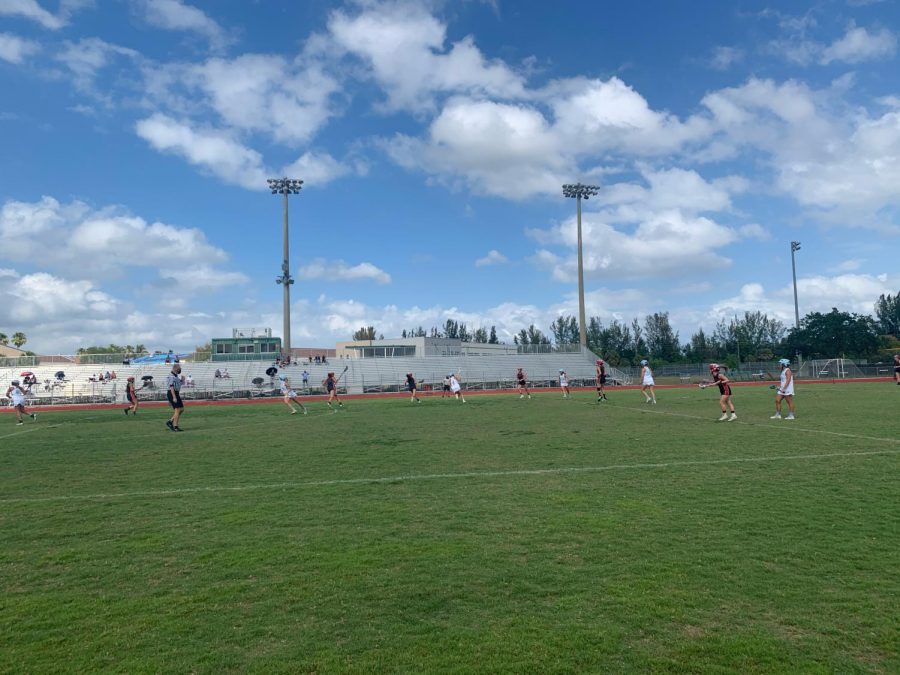 At the start of every season, coaches prepare their athletes to have fun, but also to accomplish their goals and make their way to districts. For Palmetto’s spring sports, this is just the beginning.

Last year, spring sports seasons got cut short because of the pandemic, leaving athletes unable to compete at districts. However, this year, most teams have had the chance to play.

With a record of 13-4, the Palmetto Softball team is headed to districts.

“I’m most excited to play our rival. I think we have a pretty good shot at beating them,” senior and Captain of the Palmetto Softball team Olivia Rapp said. “If our pitching is on, I think we can win districts.”

Another sport already in districts is Palmetto’s Girls Lacrosse team. Having played their first quarterfinal district game on Apr. 12th, and coming out with a win, the team moves on to the next round.

“I’m most excited to be able to advance to the second game since it hasn’t happened since my freshman year, and I was injured my sophomore year,” senior and Palmetto girls lacrosse team player Gabi Rousseau said.

Although they faced struggles not having their home field at the beginning of the season, the lacrosse team feels ready for the competition now.

Just two weeks away from their first district game, the baseball team readies themselves for all the challenges to come their way.

“Our season has been an interesting one, we didn’t have our home field at the beginning so we struggled. Now that we are back on the field, we are hot and ready for districts,” senior and Palmetto boys baseball team player Ryan Borum said.

The baseball team has also spent their whole season preparing for districts.

“I am most excited for the intensity throughout the district games. The hard work that was put in during the regular season gets put into action,” Borum said.