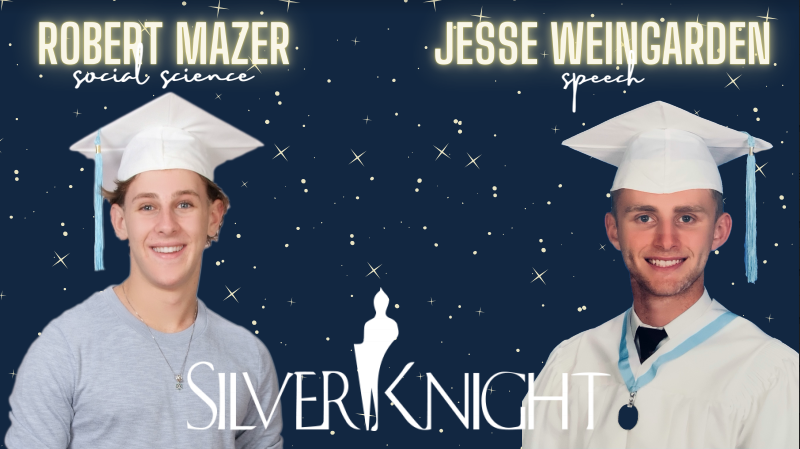 One of his projects, the Pillow Party, provides a collection of pillows for the Chapman Partnership homeless shelter. In five years, the project has collected over two thousand pillows and pillow cases under Mazer’s leadership.

Due to the COVID-19 pandemic, Mazer implemented a new project to donate undergarments, since communal laundry became more difficult to do. Mazer takes projects under his wing as a way of getting involved with the community.

“Our family always volunteered, and one time when we were at Chapman I saw a classmate at a homeless shelter and it really opened my eyes. A kid that I knew, that I was friends with, and I had no idea that his family had gone through such a hard time,” Mazer said.

Additionally, Mazer instituted a project called Family Dorm Literacy. The project gathers books throughout the year to donate to Chapman Partnership. Through this project, Mazer and his volunteers clean and build bookshelves, make living spaces nicer, provide residents of the shelter with a sense of dignity and promote literacy.

“We talked to one of the mothers in one of the family dorms, and she recognized that we brought a book that was one of her child’s favorites before they had left. Before they were evicted and kicked out of their home,” Mazer said. “And she started crying, telling me the story of when she came home, seeing her bags and her furniture on the street in the rain, and that story really moved me.”

Eager to help in whatever way he could, Mazer asked the mother in one of the family dorms what they could do to make her feel better or feel more at home. The mother responded that she missed most of the personal items, especially her pillow. Thus, Mazer created the Pillow Party.

Mazer believed that these two individuals guided him towards his creation of the SolutionYOUth Project.

Mazer thanks his social science teachers, including Palmetto teachers Julianne Farkas, Daniel Corradino, Kenneth Spiegelman and Silvio Vargas, as they sparked interest for him in social science involvements. Mazer has interests in local government, as he sits on the Pinecrest Youth Advisory Council.

In conjunction with Mazer’s service project and his involvement on the council, he started YOUth Series, a set of interactive lectures and talks on issues that the youth in the Pinecrest community consider important.

Along with his community service project, Mazer spends time juggling other activities in and out of school. Mazer works at Coral Oaks Tennis and Wellness and participates in a variety of Palmetto clubs, including: Social Science Honor Society, National Honor Society, Jewish Student Union, Model UN and Debate. He also serves as the President of English Honor Society.

Mazer earned the Social Science Student of the Year during his sophomore year. In addition, Mazer received the Princeton Book Award in his junior year. He qualified as a candidate for a Capstone diploma this spring.

In the future, Mazer plans to further his involvement with social science. Mazer finds history an interesting subject and believes the lessons bring importance in building knowledge among historical occasions.

With pride and passion, Miami Palmetto Silver Knight nominee for speech, Jesse Weingarden, demonstrates his commitment to community through his work with Achieve Miami. Achieve Miami is a non-profit organization, founded by Leslie Saiontz in 2015 that aims to help low-income students thrive academically.

Achieve Miami works to instill literacy and social skills in low-income elementary students. To achieve this, Achieve Miami partners with educators, students and schools to provide a learning environment to the students from the community.

“I have been a big buddy mentor since the sixth grade, and I now sit on the Achieve Miami Junior Advisory Board. Every other Saturday, I visit Caribbean Elementary in Homestead and read and write with new little buddies, ages 6-10,” Weingarden said.

Weingarden found out about Achieve Miami from his older brother, Palmetto alumni Dylan Weingarden, who originally introduced the project to Palmetto. Weingarden said that his brother inspired him to tag along and volunteer on Saturdays. This led to Weingarden becoming a dedicated board member for this organization.

From his dedication towards literacy and oral communication, Weingarden believes the key to success in life is being able to communicate effectively to others, no matter what age. As a public speaker, Weinberg believes speech has boosted his confidence within a variety of levels.

Additionally, Weingarden attributes his outspoken persona to his parents. Weingarden’s father always impressed him based on his public speaking abilities. Both of Weingarden’s parents taught him at a young age the ability of speaking to whoever he needed to.

“They claim it can get you anywhere you need to go, and I have made it my goal ever since to master the art of public speaking, no matter the forum,” Weingarden said.

Aside from Achieve Miami, Weingarden prioritizes his academics first, and remains thankful that the project does not conflict with his schoolwork. However, Weingarden also manages to juggle an abundance of other activities.

Weingarden is a member of Miami Palmetto History Bowl club and President of Social Science Honor Society. Weingarden is also a senator on the student council and participates in various community service projects such as basketball tournaments, bake sales and food drives for charity.

Weingarden won the Brown Book award in junior year, an award given to students who exhibit excellent verbal and written communication skills.

“If I had a choice, I would love to pursue public speaking in the future. I would prefer to master a separate skill, but being able to maybe teach and expand upon that subject is something I’d be interested in,” Weingarden said.