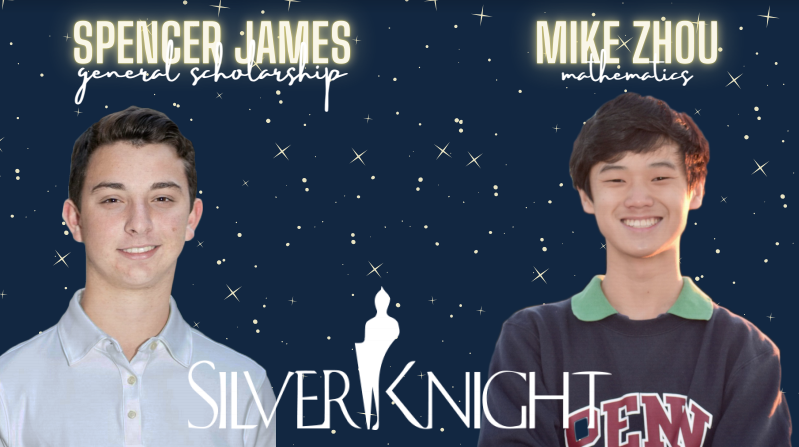 Miami Palmetto Senior High senior Mike Zhou’s nonprofit organization XplainED has made a wide range of education programs available to students of all ages and quality, student-run education services accessible to everyone.

Zhou first began his nonprofit because of his passion for the STEM curriculum and also because he recognized that quality education in this subject area does not exist in all Miami schools.

“Something that I noticed in Miami growing up is that it does not really have a strong foundation in STEM,” Zhou said. “I was still really fortunate to be able to know what computer science was because I had teachers who told me about it so I guess I just really wanted to implement this part of myself into the community.”

Zhou first launched XplainED in Aug. 2019 with its first program at Howard Drive Elementary School, which tutored elementary school students in pure mathematics. High school tutors from diverse academic backgrounds help lead the program, which costs $24 an hour. Although the tutor does receive a stipend, all other funds from Zhou’s program fund other programs in XplainED.

“We begin by presenting a problem, and then we let [the students] think on their own for a while and then work in groups to collaborate,” Zhou said. “Our goal here is to really teach students what it is like to be a mathematician or a scientist and be able to collaborate with other scientists; people think about these problems together.”

Since August, XplainED has since expanded into a program offering an abundance of different STEM-based programs, including tutoring for high school honors and AP courses; after school math clubs and after school chess clubs cater to elementary school students.

Most recently, Zhou has hosted a virtual coding seminar focused on Java language and computing with Java. The program taught students many of the principles of computer science, including syntax loops and user input, with over 60 sign-ups. XplainED also keeps students updated through their Instagram (@xplain.ed).

“You do not have to like [the seminars], but if you think you’ll be interested in it, just join it,” Zhou said. “Our goal is to help expose students to many subjects so they know beforehand what they sort of want to do in college.”

Outside of XplainED, Zhou stays involved in STEM and continues to expand his knowledge in mathematics. In school, Zhou serves as the Vice-President of Mu Alpha Theta Club, where he plans math competitions for students. He has won the competitions multiple times, coming in second place at the Math Olympiad at Barry University. Additionally, Zhou remains a two-time qualifier for the American Invitational Math Exam. He has also received an honorable mention for the United States of American Mathematics Talent Search.

During the summers, Zhou continues his passion for mathematics in taking two of the highest-level mathematics courses — Algebra 3.5 and Geometrical Proofs  — at Cornell University. Zhou has also worked in research at the free, six-week Florida State University Young Scholars program.

The COVID-19 pandemic has brought a temporary halt to some of the previously physical programs offered at XplainED. Regardless, Zhou plans on continuing the program after the pandemic dies down, hoping to pass down the program once he leaves for college.

James had originally decided to create this project because of his cousin Jamie, who has GSD, a genetic condition where the body has enzyme deficiencies, affecting glucose breakdown.

People with GSD require a gastric feeding tube, a device surgically inserted in the stomach to supply nutrition. Parents of infants with GSD consequently have a difficult time undressing and feeding them, as they feed the infants every two to three hours. As a result, James tackled this issue in the fourth grade by creating the idea for the clothing.

“In the fourth grade, we had an assignment to create an invention, and [while] many of the other kids did silly fourth grade ideas, I made this idea and I was nominated to go to the district science fair and a bunch of other awards and accolades,” James said.

The G-Shirt, a onesie containing a pocket that opens and closes by the feeding tube, makes it easily accessible for parents to feed their children with GSD. Due to his invention, James had earned a United States Design Patent in 2014, officially attributing the invention to himself and his parents.

“The feeding tube is called a G-tube, so we decided to call [the invention] the G-shirt,” James said.

Other than creating the G-Shirt, James has raised over $10,000 to help find a cure to GSD because of his Bat Mitzvah project and a 5k walk-run dedicated to GSD. James also remains involved in Friendship Circle Miami, where he does activities and crafts with special-needs children.

In the fall, James found out that the school had nominated him for the General Scholarship Award.

“I was surprised, because I knew a lot of people applied for a Silver Knight award, so it was an honor to be nominated,” James said. “The biggest shock was that I got a General Scholarship, because I know that is normally considered one of the most prestigious.”

The COVID-19 pandemic has brought a halt to the production of the G-Shirt and deliveries to local hospitals. However, James plans on starting the official production of his invention after the pandemic ends.

“[Students] should just have one idea and stick with it,” James said. “The main thing [applications] want to see when they are deciding is to see one major project dedicated throughout your career.”