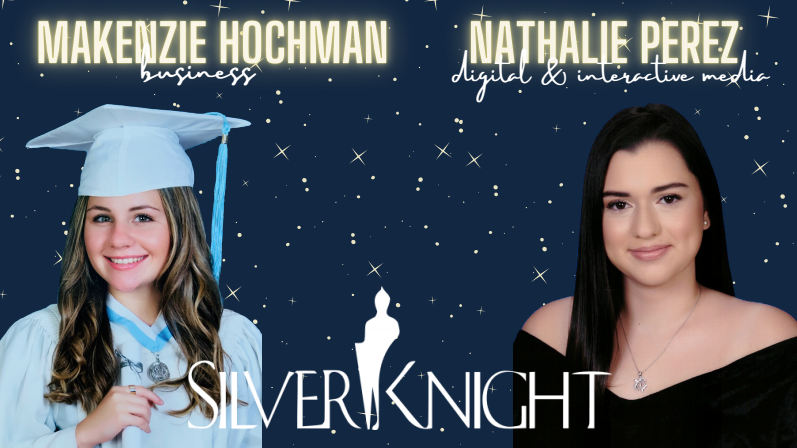 Since kindergarten, Miami Palmetto Senior High School senior Makenzie Hochman has participated in Girl Scouts, and she received her Gold Award in May 2019 for starting her sanitation initiative: Preventing Infection One Hand Wash at a Time.

Hochman presented her project for the residents of Redlands Christian Migrant Center — a facility where migrant workers and their families can temporarily live and provide their children with educational opportunities.

“I found out about RCMA through my mom, and she introduced me to one of the families there,” Hochman said. “I’ve always had a passion for public health and hygiene, so I decided that they were the group I wanted to target.”

There, Hochman brought informational brochures, flyers and posters about the importance of hygiene and handwashing. Additionally, she put together 50 goodie bags filled with hygiene products such as hand sanitizer and nail files. New families that arrive at RCMA receive the goodie bags in their welcome baskets.

“Right now, the project is at its height due to COVID-19. I think that since my project has been in effect for over a year now that it has actually helped to prevent some cases from happening,” Hochman said.

According to Hochman, the migrant workers at RCMA work in fields with harmful pesticides, and the buses they take can get extremely cramped. She saw this as a safety hazard and, despite those who doubted her, her project has successfully worked to combat these risks.

“At first, the Girl Scouts High Award Task Force didn’t approve of my project because they didn’t see the potential of it. One of the ladies even told me that my project idea was useless and that hand washing wasn’t important,” Hochman said. “At the time, it was pre-COVID, and people didn’t take public health as seriously as they do now so it just goes to show you how times have changed.”

Girl Scouts allowed Hochman to enter the business world at a young age; she learned how to manage money through selling Girl Scout Cookies. Within the school, she has served for four years as a Class Treasurer for the Student Council. Hochman had the role of Assistant Treasurer for Key Club her sophomore year and became the Chief of Fundraising her junior year.

“My project taught me to do what inspires you no matter what obstacles stand in your way,” Hochman said. “If you do something you love, you will not only help people, but you will have fun in the process.”

Miami Palmetto Senior High senior Nathalie Perez co-founded the nonprofit Disability Spotlight alongside her friend Sofia Rubio, a senior at New World School of the Arts. The organization works to highlight various disorders and disabilities that affect the youth of the greater Miami area through personality profiles on their Instagram (@disabilityspotlight).

Perez’s involvement in the special needs community began at a young age as she advocated for people like her brother who have Fragile X syndrome — a genetic disorder that impairs one’s intellectual ability.

“Growing up, I saw that people were sometimes uncomfortable around my brother and people in the special needs community in general,” Perez said. “I have always thought that it is really important to educate others my age about different disabilities and disorders, since they can fail to realize that people who have disabilities are just like anyone else.”

When Perez first arrived at Palmetto as a freshman, she took initiative to tackle this stigma and sought to create a club that promotes inclusivity. At the time, Palmetto did not have enough room for another club so Perez had to reevaluate her situation.

“I switched gears and began working with Rubio to make our idea into a non-profit instead. This actually allowed our project to become more sustainable,” Perez said.

In her sophomore year, Perez participated in the Self Student Emergent Leadership Program through the UM Miller School of Medicine. She has remained in contact with the directors of the program, and they have greatly aided in the process of creating Disability Spotlight.

“The directors served as mentors and helped us form the foundation of the organization,” Perez said. “Now, we are working on increasing our audience by posting more profiles on our Instagram.”

Other than Disability Spotlight, Perez has involved herself in numerous extracurriculars. In her sophomore year she received the role of Social Media Manager for the X Family Foundation. In her junior year, she became the Publicity Assistant for the Thespians at Palmetto; now she serves as the Publicist.

“If there is an issue you are passionate about, go out there and make people aware by using your voice,” Perez said. “Anyone can be a leader, all it takes is having the courage to step up and make it happen.”