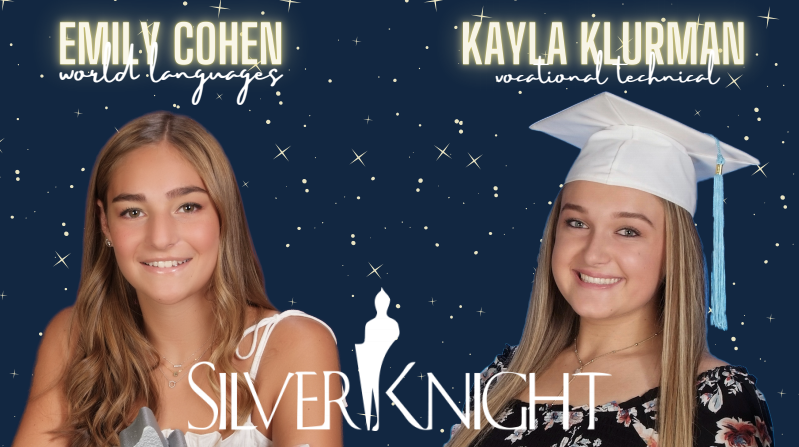 “In 9th grade, during my first week at Palmetto, I met a girl in the cafeteria, and I was talking to her, just getting to know her, and she told me that she was a foster child,” Klurman said. “I kind of knew what it meant, but I didn’t really understand it and I didn’t really feel comfortable asking her too much because she had just gotten to that home.”

Afterwards, Klurman took matters into her own hands and did a little more research.

“When I got home, I looked into it and I knew I wanted to start something for the

community…” Klurman said. “Most often, when foster children are taken from their homes, it’s because of abuse or neglect, and in that transition between their old homes and their new environment, they’re really just left with the clothes on their back, so I was like, ‘Oh my gosh, I have to do more for this.’”

That is when she came up with the idea for Kayla’s Care Bags — kits filled with basic living necessities and comfort items to help ease the transition. The care bags include items like shoes, socks, blankets and stuffed animals, but they vary depending on the childrens’ ages.

“[Foster kids] can range from a newborn baby to an 18-year-old girl who’s pregnant, so [the contents of the care bags] really depends,” Klurman said.

While Klurman’s early donations primarily came from close family and friends, she soon wanted to expand. After she created an Instagram account for the project, she started receiving donations from schools and locally-owned businesses, and Kayla’s Care Bags quickly grew in scale.

“I would see people just in the store or in a public area and they’d be like, ‘Oh my gosh, I have bags for you,’” Klurman said. “I get a lot of support from the community. It’s really awesome.”

After Klurman collects all the donations, she sorts through them to check that everything is in good condition and organizes them into bags based on gender and age. Then, she loads them into her car and drives them to drop-off sites about once a week.

“The first year was more whenever I found a school or a home to bring them to, but the last two years, I’ve gone every Friday… with about a car full [of bags],” Klurman said.

Receiving a Silver Knight nomination meant a lot to Klurman.

“I was really excited, not just because I received a nomination, but because I felt like all the foster youth in my community got nominated in a sense… It was just really rewarding to have been recognized,” Klurman said.

When she graduates, Klurman plans on continuing her project at Davidson College, where she committed after receiving a Posse scholarship. However, she also wants to ensure the project lives on in Miami.

“I want to help further the foster kids in communities other than the one I live in currently,” Klurman said. “But my brother is a sophomore this year, and when I leave I really want him to be able to take over it here. My goal is that Kayla’s Care Bags gets to be spread throughout many communities.”

Klurman accepts donations of gently worn items such as clothing, shoes and books. To donate or learn more, check out @kaylas.carebags on Instagram.

Miami Palmetto Senior High senior Emily Cohen has collected diapers since the fall of her sophomore year, after she started trying to find ways she could help out the community.

“I had just been looking to get involved with community service and… there was this woman at my temple who told me about the Miami Diaper Bank, so I attended their event, Diapers for Drinks,” Cohen said.

The Miami Diaper Bank aims to provide diapers for women who live in shelters or otherwise cannot afford basic necessities for their baby. After hearing about the project, Cohen thought it sounded like a good fit.

“They were telling me about their goal of providing diapers to babies who are suffering and I’m like, ‘I need to get involved. This is so meaningful,’” Cohen said. “And I’ve also always been inspired by medicine and that community, so I thought this was the perfect project.”

Aside from hosting drives, Cohen does a variety of tasks for the Diaper Bank, including transcribing their inventory to digital, going to the warehouses to collect, distribute and organize diapers and sorting through the occasional clothing donations the Bank receives.

Additionally, this year, she serves as president of their teen advisory board, which includes students from high schools across the Miami area. As president, she collaborates with program coordinators and the women in charge of the Diaper Bank to come up with fun, engaging ways to raise awareness. In fact, most of Cohen’s work centers around getting the message out and advertising the cause.

“I would be posting about diaper drives and telling people at school, raising awareness and they would give me the drive through clubs, since everybody needs an incentive,” Cohen said. “I would plug [the drives] at every event at my temple, share it on Facebook, so we have people from New York and Pennsylvania donating.”

Her drives tend to be very successful; at the last one, she collected over 4,000 diapers for the Bank. Cohen appreciates the larger impact of the cause.

“I love that I’m helping people by simply doing things like transcribing data or collecting diapers… and love the thought that this diaper box can help so many people, and affect babies’ health for the better,” Cohen said.

For Cohen, the Silver Knight nomination fulfilled a childhood dream.

Cohen has also encouraged family members to get involved, and does not intend to abandon the project any time soon, even after she leaves for Tulane University in the fall.

“My sister is now the middle school representative… and as I move onto college, I want to keep attending and helping out whenever I’m home,” Cohen said. “I definitely want to continue helping.”