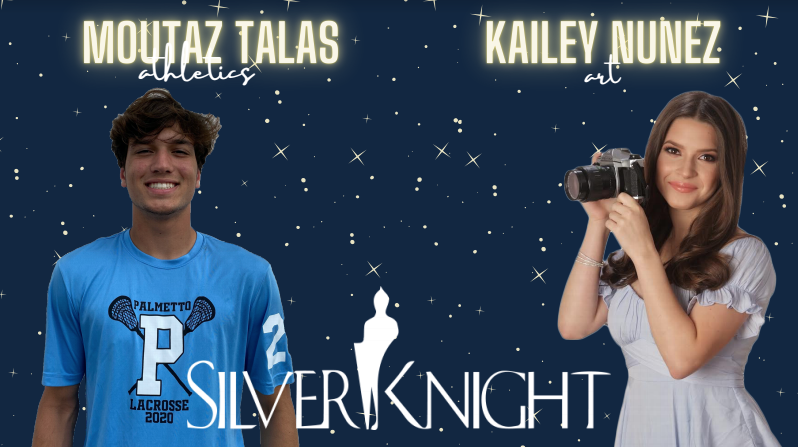 “If you think of me, I don’t think you can ignore photography,” Miami Palmetto Senior High School senior Kailey Nuñez said.

During her free time, Nuñez creates art with whatever finds its way into her line of sight, from nature to architecture. To her, taking photos does not fall under a list of tasks; she does it with love and for fun, incorporating it into her everyday life. Nuñez’s adoration for taking photographs recently earned her a nomination for the 2020 Silver Knight Award in art.

Each Miami-Dade County Public School picks just one senior to receive the nomination per category, and Palmetto found Nuñez would make the perfect fit for art. Nuñez started to take a serious interest in photography her freshman year at Palmetto when she took Ms. King’s art class. She enjoyed Ms. King’s class so much that she returned every single year following.

Nuñez’s art teacher encourages her to enter into numerous art contests and, as a result, Nuñez has gotten plenty of recognition. Some of Nuñez’s achievements include winning second place for the 2017 Sprayregen Search for Creativity Contest and the same honor in the 2018 Palmetto Bay Student Photography Contest. Nuñez also won the Outstanding Sophomore Art Student and Outstanding Junior Art Student awards, and this consistent excellence exhibits her dedication and skill in the subject.

Ms. King told Nuñez she should apply for the Silver Knight Award, but Nunez did not necessarily have extremely high hopes or expect to secure the nomination.

“Honestly, I was surprised that I won… when my friends texted me in my group chat…  was when I found out,” Nuñez said.

Silver Knight Nominees receive recognition not only for their talent in a subject, but for how they have used their talents to help their community.

While Nuñez involves herself in school-related activities, as Vice President of Palmetto Women’s Union and Secretary of Photography club, this summer, Nuñez began doing acts of service with her project Together with Distant Hugs.

“I design cards and then what I do is I drop them off at  summer camps… and schools… and basically the kids write a message and draw so they express their creativity. Then, I drop the cards off at elderly homes since they are not allowed visitors during quarantine; I was trying to connect them with the local youth,” Nuñez said. “Some elders don’t even have family or friends that can come visit them so, even if it weren’t for quarantine, it still connects them with the youth.”

This ability to combine her passion, art, with her community showcases her willingness to give back to people in any way she can.

When Nuñez is not out looking for a new muse or helping the people of her community reach one another through artistic expression, one may find her baking or working to increase social justice in her school.

While Nuñez remains unsure of what track she wishes to major in college, she knows she wants to minor in photography, join her college’s photography club or magazine and overall keep photography in the picture.

Even while juggling school and the title of Captain of Palmetto’s boys lacrosse team, Talas has found a way to do his part for his community and give back in a meaningful and enjoyable way that has changed his outlook on the world for the better.

“Every Sunday, me and my friend would go to Homestead, which is a thirty or forty minute drive, and we would tutor these Syrian families who just recently sought refuge here from their country,” Talas said.

Talas spent his minimal free time tutoring these children, providing them with banquets and events at the park in which he would play sports with them and help them assimilate to their new life. Talas grew close to the families he helped, referring to them as his friends. Even now, during COVID-19, he constantly facetimes the kids.

“They have such kind souls,” Talas said. “They are the best people I have ever met.”

Talas dislikes how people often deem the families he helps as less than simply because they did not speak English or because the children have not yet grown fully accustomed to the American school system.

Talas’ benevolence won him the Silver Knight nomination for athletics.

“There was a pretty big pool of kids [up for the nomination] so I was very humbled and surprised and, well, I am very thankful,” Talas said.

Though humble, Talas earned the nomination through his community service acts and great ability to play lacrosse and guide his team to success.

Lacrosse caught Talas’ attention in the seventh grade. Before discovering his affinity for lacrosse, he played basketball, though it never quite attracted him the way lacrosse did.

“All my friends had been playing [lacrosse] and they asked me to play and I just fell in love with it,” Talas said.

The game has not always been kind towards Talas, however. In sophomore year, he broke his ankle, which left him out of the game all that season. Then, in junior year, he pulled a hamstring and injured his ankle once again. Talas recovered too quickly from his junior year injuries, eager to play again, and got hurt once more. Talas has since begun playing as of recently, and feels excited for what is to come this upcoming lacrosse season. Talas overcame all these obstacles, his love for lacrosse just as strong as the first day he played with his middle school friends.

Talas credits his coach and mother for helping him over the years. When asked who supports him the most in his athletic career, he said his mother was awesome when it came to cheering him on even in his low moments.

“[People] don’t really expect a kid like me to get into that, but I joined it my freshman year and I’ve been in it for four years, and those events are the most fun things I’ve experienced throughout high school,” Talas said.

He also founded a thrift store at Palmetto called Thrift for Change and participates in student council as well.

When asked how he manages all of his activities (ranging from daily, three-hour lacrosse practices to multiple AP classes), Talas believes his accomplishments have to do with maintaining a good work ethic.

As Talas prepares for college, he aims to keep sports as a large part of his lifestyle. He wishes to pursue a career as an athletic agent.