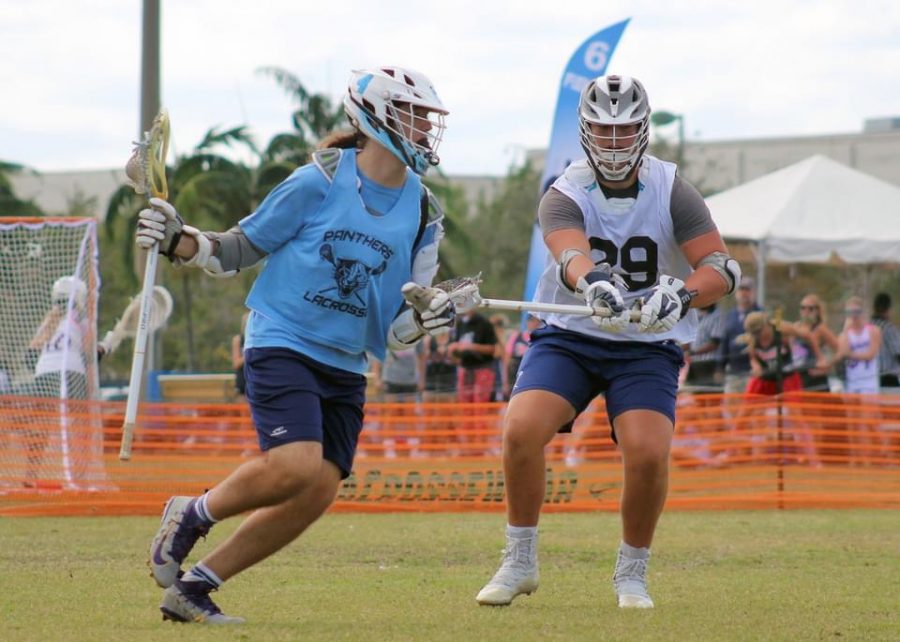 The Christmas-themed 7 v. 7 tournament takes place in Fort Lauderdale every year during the holidays. It brings in both boys and girls lacrosse teams from all across the nation.

The Palmetto’s boys lacrosse team began to participate in the tournament in an effort to prepare for their spring season.

“We compete in Jingle Brawl to gain experience and team chemistry for when we actually compete against other teams during the season,” lacrosse player and Palmetto junior Carson Sleeman said.

Going into the tournament, the team had high hopes for how they would perform. Last year, the team reached the tournament’s finals. Though they finished in second place, their first experience with the tournament prompted their return this year.

“The atmosphere of the tournament is always full of good spirits and competitiveness,” lacrosse player and Palmetto junior David Rivera said. “If I had to choose which one of the tournaments I think are the best, I would choose Jingle Brawl over any other.”

However, this year’s tournament proved to be much tougher for the team. In the play-offs, they lost their first game, cutting their dreams of winning this year’s Jingle Brawl short.

Though things didn’t go exactly as planned during the tournament, Palmetto’s boys lacrosse team stayed positive and learned from the experience.

“From the two years that me and my team have participated in the tournament we have learned that what it’s like to put determination and ambition into our game,” Rivera said. “We have been able to see what we need to work on and what are our strong suits. Overall, after every tournament we come out a stronger and more developed team.”

Not only was this a learning experience for the team, but also another chance for the players to bond. The team’s shared love for the game and preparation during the off-season can surely translate into their season this spring.

“We’re more than just a team, we’re a brotherhood of friends,” Sleeman said. “We support each other and have each other’s backs.”