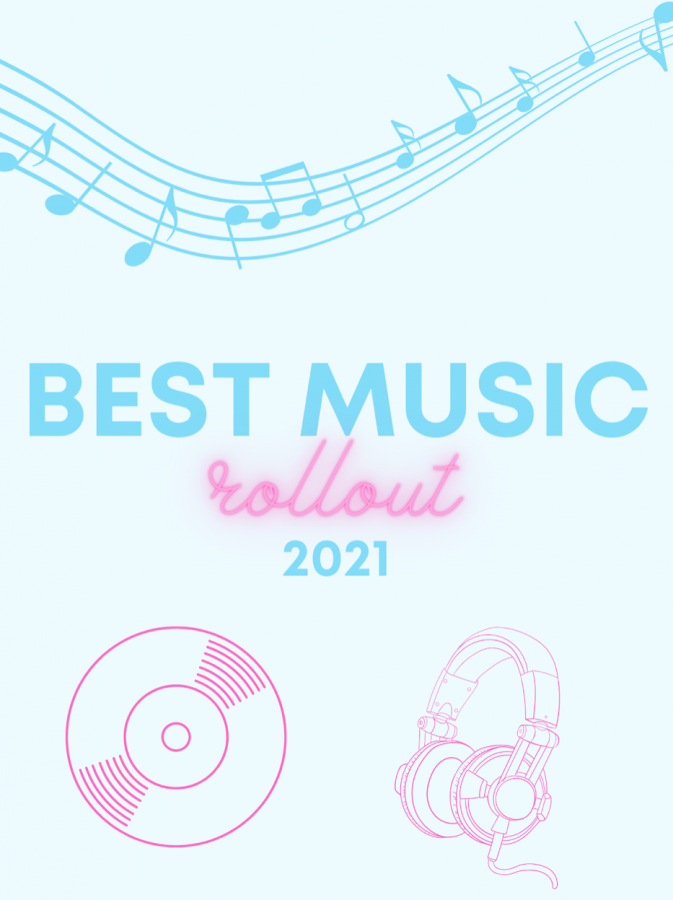 Due to the COVID-19 pandemic, many mainstream artists have not had the ability to perform for a live audience yet, clearly impacting the music industry.

According to Rolling Stones late March report, streaming activity declined significantly after the pandemic, putting labels at risk of releasing music that would underperform expectations.

However, the pandemic has not stopped artists from releasing brand-new, hit albums this year.

The music that emerged in 2021 united the world, especially during the stress of school and time spent on home Whether found through apps like TikTok or Spotify, many recently-released albums and songs stood out to people.

Olivia Rodrigo became a significant up-and-coming artist this year with the release of her songs “Drivers License” and “Deja Vu, and it is safe to say that all of us have had a moment listening to these songs.” She quickly hit #1 on the charts with her music, making these songs known worldwide.

Taylor Swift also had a major music rollout this year, as she released new, fresh versions of her own previous hit songs like “Fearless” and “Love Story” on the album Fearless (Taylor’s Version). She also added two bonus tracks to “Evermore,” which she originally released on Dec. 11, 2020.

The Weeknd quickly hit the charts as well with songs like “Blinding Lights” and “Save Your Tears.” He also recently released a remix version of “Save Your Tears,” which features Ariana Grande. Justin Bieber came out with “Anyone,” a romantic and unexpected single. Doja Cat became a major artist this year, especially after her songs gained popularity after trending on TikTok and other social media platforms. Dua Lipa also released new songs that blew up on these apps. “Streets” and “Levitating” are songs that you can hear if you go on social media, or turn on the radio.

Despite the pandemic taking music for a loop, artists continue to plan ahead and work on ways to go about touring. Many famous artists have already scheduled their 2022 tour, such as Bad Bunny, who plans to make a stop in Miami.

Miami residents may also known about the music festival, Rolling Loud. The festival  will take place in-person this year, featuring big-name artists like Post Malone, ASAP Rocky and Travis Scott. Despite ticket prices being over $500, if you are a music enthusiast, Rolling Loud is the place to be.

Overall, despite our current circumstances, music has continued to roll out nonstop, with artists consistently working on new releases.