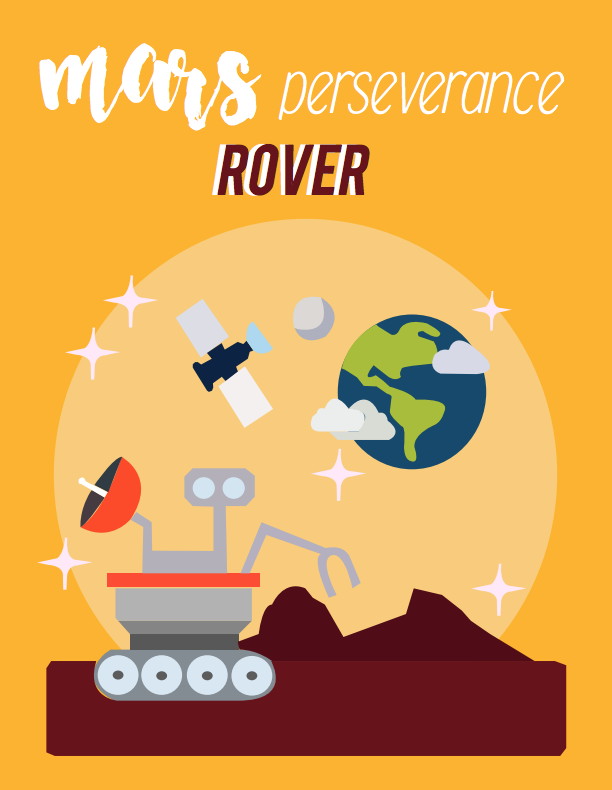 NASA’s Perseverance rover landed on Mars on Feb. 18 after a successful venture during the five month journey.

On July 31, 2020, NASA launched the Perseverance rover with the purpose of landing on Mars and taking samples from the planet’s soil. After the 203 day and 293 million mile passage from Earth to Mars, the rover arrived at the Red Planet.

Packed with extremely advanced technology, Perseverance marks a new era for space travel. With potential discovery of new information from the planet, humans can now research the conditions of the planet with a deeper understanding than ever before.

The “robotic geologist” plans to undergo various tests before going on its two-year investigation of Mars’ Jezero Crater.

The tasks of the rover include researching the ancient lake bed of the Jezero Crater to characterize the area’s geology and past climate. Alongside this, the rover can search for ancient microbial life.

The Jezero Crater contained a river delta about 3.5 billion years ago and scientists hope that the river may contain evidence of past life on the planet.

The ESA (European Space Agency) and NASA have begun working together in order to complete the “Mars Sample Run,” which opens various doors regarding the research into Mars and its history.

“Mars Sample Run” is a process that seals the samples found by the Perseverance rover and leaves the samples on the surface of Mars for the sample return mission which should take place in 2026 and end in 2031.

Equipment on the rover includes seven crucial instruments to the mission. This includes the most cameras ever sent to Mars and an extremely complex caching system, one of the most sophisticated technologies that NASA has built and rightfully so. The system can drill samples from the ground of Mars and carefully seal the samples in sterile containers for the future return to Earth.

Scientists at NASA worked on the sampling and caching system for over seven years before the Mars Perseverance journey in summer 2020.

The sampling and caching system requires the work of three robots. Many people may believe only one robot makes up the rover, but various machines simultaneously work together in order to achieve many functions at once.

The 2020 Perseverance mission acts as  part of NASA’s “Moon to Mars” approach which includes Artemis missions to the moon by 2024 to prepare humans for travel to the Red Planet.