NAACP Urges Athletes Not to Sign with Texas Teams 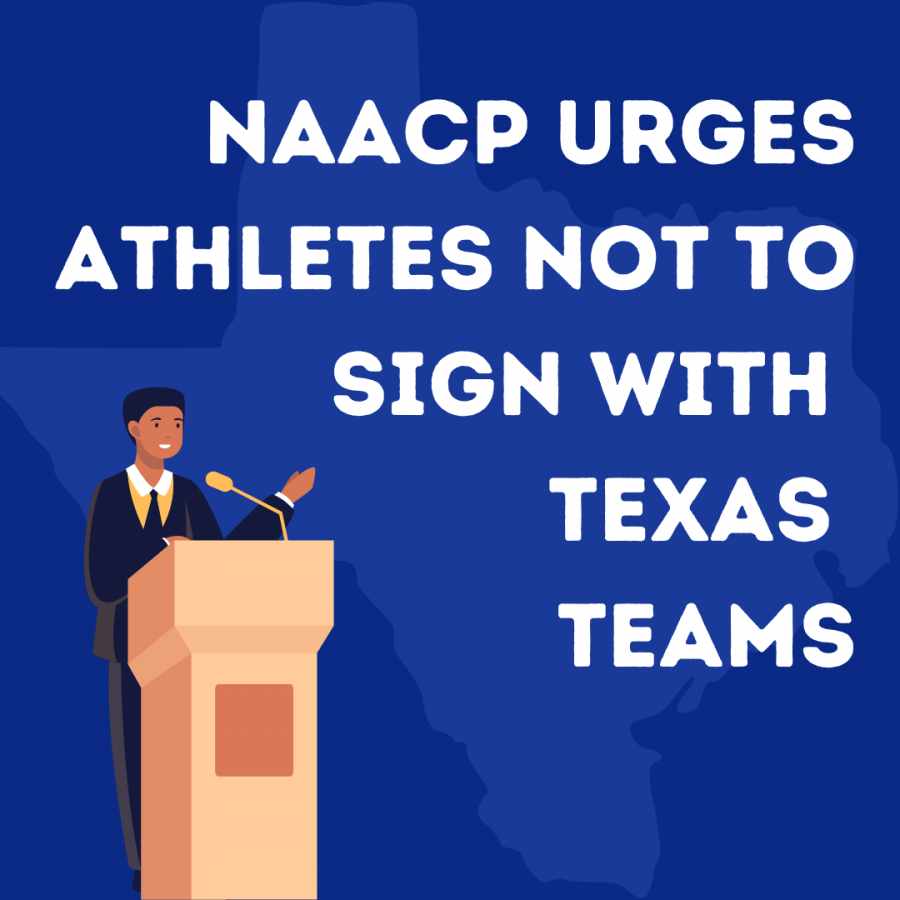 Following the recent legislation passed in Texas, the National Association for the Advancement of Colored People urged athletes not to sign with Texas teams.

In September, Texas enacted a new abortion restriction, Senate Bill 8. The bill restricted pregnancies beyond about six weeks and in some cases, earlier than that. This contradicted the 1973 Supreme Court decision Rode v. Wade, which established a woman’s constitutional right to an abortion. People took issue with the restriction and argued that the ban was unconstitutional; the NAACP spoke out against it. The ban is considered one of the strictest in the country. The U.S. Supreme Court has allowed it to remain in effect but has agreed to hear oral arguments on the law next month.

Additionally, in September, Texas Gov. Greg Abbott signed a bill that enacts several voting restrictions. The bill bans Texas citizens from registering to vote using a post office box as their address, bans drive-thru voting and increases restrictions on applications for mail-in ballots for medical reasons. Abbott faced controversy due to the lack of COVID-19 restrictions, making wearing masks optional and reopening businesses early. Additionally, Abbott issued an executive order to ban vaccine requirements. The NAACP specifically called out Abbott in their letter, making him the only lawmaker mentioned by name.