It Is Time to Cancel “Cancel Culture” 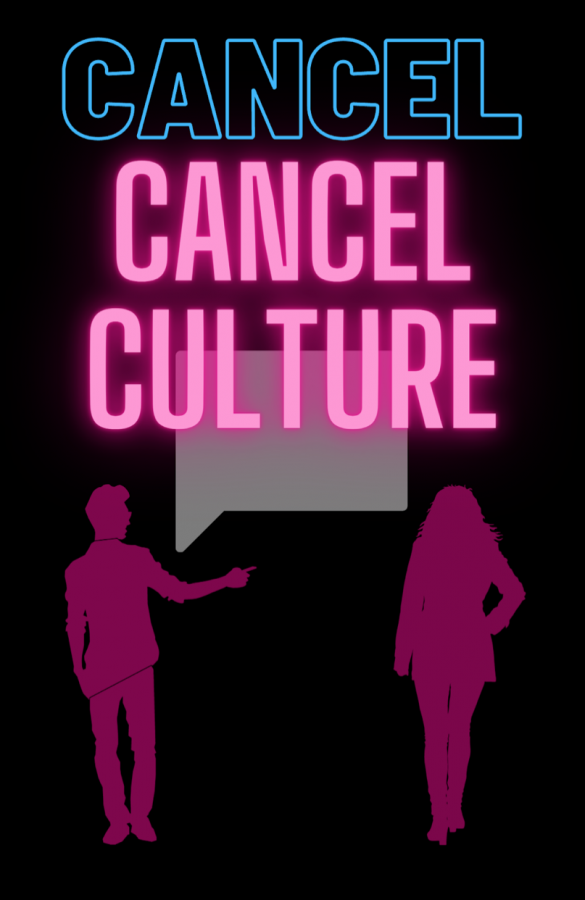 Cancel culture: a way for people to dig up a celebrity’s past or criticize their present and publicly expose or judge them. This occurs on an almost weekly schedule, causing influencers’ or creators’ follower count to fluctuate, forcing them to apologize for their behavior. Yet, while some may consider this holding people accountable — which in some situations it is — due to the large number of those on the “canceled list,” it creates less of an impact for the celebrities that truly made a mistake.

Throughout 2020, a trend of pulling up creators’ old posts, ranging from tweets to Instagram comments, that perpetuated stereotypes or insensitive, offensive information and resharing them through new platforms emerged. This led to some of the most successful personalities in society to experience a decline in respect, including talk show hosts Jimmy Fallon and Ellen DeGeneres.

A main social media platform that people use to spread and promote cancel culture is TikTok. Home to around 800 million accounts internationally, videos have a tendency to go viral very quickly, spreading information (or misinformation) instantaneously. Oftentimes, through duet and stitch features, when a creator sees a post that could potentially fuel drama, they will post it for their followers to see, starting a chain of reposting.

Recently, the popular TikTokers Charli and Dixie D’Amelio underwent a wave of “cancel culture.” After posting a video of a family dinner, critics scrutinized the two girls, picking out any actions that they deemed as “improper behavior.” Dixie D’Amelio’s reaction to trying escargot, a popular dish in France made of snail, and Charli D’Amelio’s remark about the number of followers she had at the moment were two prominent details that did not go unnoticed.

Outrage took over the TikTok For You page, with some calling out the girls and others claiming it was not a big deal. Trisha Paytas, a 32-year-old creator, contributed her own views on the situation. She had previously been “canceled” due to anti-Semitic and racist comments, along with many instances of cultural appropriation, but it never lasted permanently.

As Paytas continued to make posts, openly blasting the sisters, people began to unearth her past actions and comments, creating a peak in drama. While only lasting for a few days, an insignificant time in the grand scheme of things, Charli D’Amelio received extremely harsh backlash, extending to death threats over her comment about a personal milestone.

In retrospect, the basis of cancel culture — ensuring that those who may have offended others or exhibited ignorance are held accountable — should be an important component of social media, but because people are canceled too often and too severely, it shifts objectives. Rather than caring about educating and growing from faults, influencers become preoccupied with losing their followers and overall respect. The over-canceling of creators takes away the credibility of when those who truly need to be held responsible for their actions.