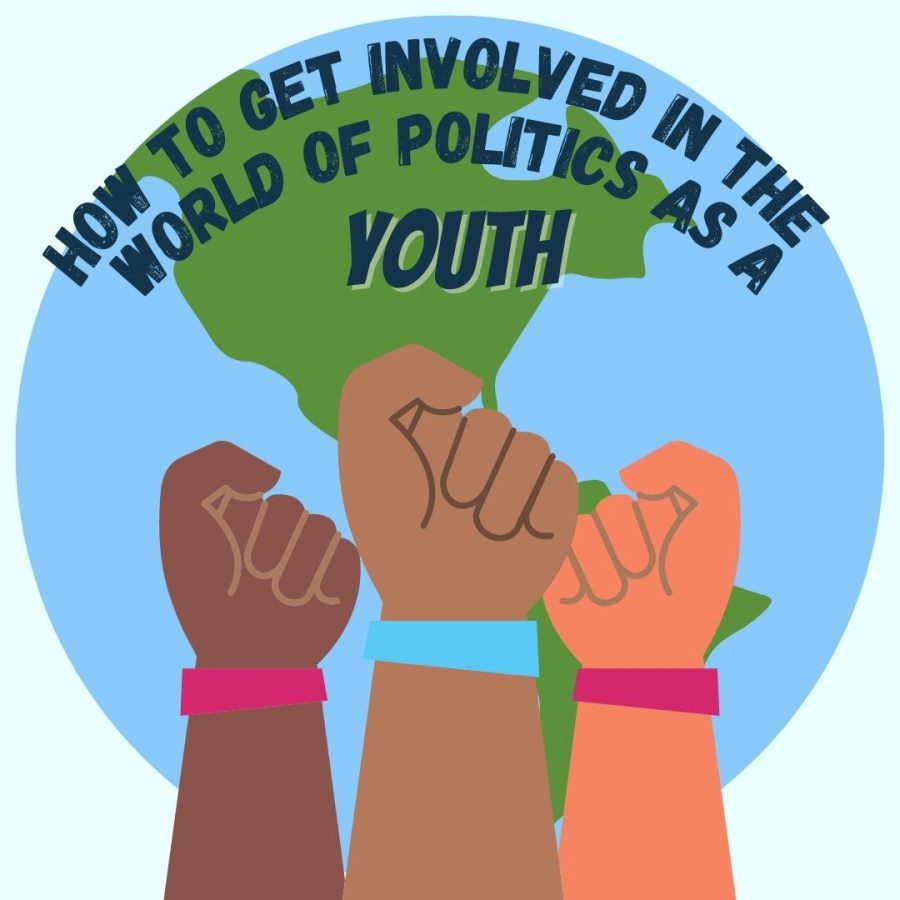 Watching tensions rise between Ukraine and Russia, reading about local legislature passing in Florida and taking note of necessary changes being made in one’s neighborhood and school: being a politically aware teen can feel frustrating, as it is commonly believed there is not much they can do because of their age.

In reality, this is simply not true. While most high school students cannot vote, they can still make an impact in politics through activism. For instance, the four African-American teenagers who walked up to a Woolworth’s lunch counter — a segregated place in the 1960s — brought about the creation of the Student Nonviolent Coordinating Committee, an organization that would eventually contribute to the passage of the Civil Rights Act of 1964.

Below are six ways to influence politics as a teenager:

In Florida, teens can pre-register to vote at 16 years old. To qualify, individuals must also be a legal citizen of the United States, be a legal resident of Florida and not be convicted of a felony or a person adjudicated mentally without having their rights restored.

Pre-registering to vote encourages political participation in teens; to increase the number of teens pre-registering, one can host a registration drive.

To pre-register, visit https://registertovoteflorida.gov/home and submit an online application through the Florida Online Voter System.

Interest groups and youth organizations’ opinions can deeply influence policymakers’ opinions and decisions. To become involved, exert influence by signing petitions that align with one’s beliefs. Signing petitions is a relatively low-investment action that can have a major impact on policy. Websites such as change.org and We the People are two of the most popular platforms to share petitions, and allow teens to voice their opinions.

Becoming a poll worker during elections teaches teenagers about the voting process while simultaneously serving an important cause. Poll workers check registration, distribute ballots, keep the poll center organized and ensure the civic process runs smoothly. To become a poll worker, teens must be 16 years or older and pre-registered to vote.

The United States is a representative democracy, meaning that a group of elected officials represent a larger group of people. Consequently, sharing one’s opinions about local, state and federal legislature can help one’s voice count. Write an email, make a call to a representative or stay updated on a bill’s progression. To further become involved in local politics, reach out to community representatives (e.g. council members, mayors or the Miami-Dade County School Board) to identify any campaigns or internships open to students. For instance, School Board Member Luisa Santos has a student fellowship where teens can learn about MDC’s school system and bring about change.

Join a Local Youth Council or Advocate for its Creation

Several local neighborhoods — such as Pinecrest, Palmetto Bay and Homestead — offer teens the opportunity to immerse themselves in local politics through a youth council, a coalition of students who learn and influence government. Applications for each council differ based on location, so those interested in joining should visit their respective council’s home page for more information. If one’s community does not offer a youth council, consider reaching out to local representatives to form one.

Influencing federal and state governments is important, but teens can also make a powerful impact in their own schools. One can join student organizations that advocate for change, such as Miami Palmetto Senior High’s student council, Amnesty Club or No Place for Hate, or speak to administration about a specific issue in the school that needs to be addressed.